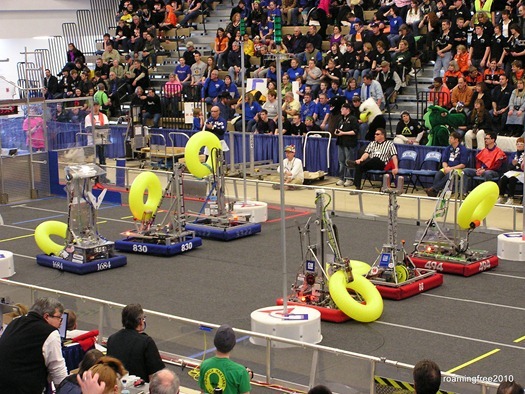 Robots all lined up and ready to face off!

Nicolas has an interest in engineering, so in order to explore the option some more while still in high school, he joined a FIRST Robotics Team (Skyline High School – Team 3322). 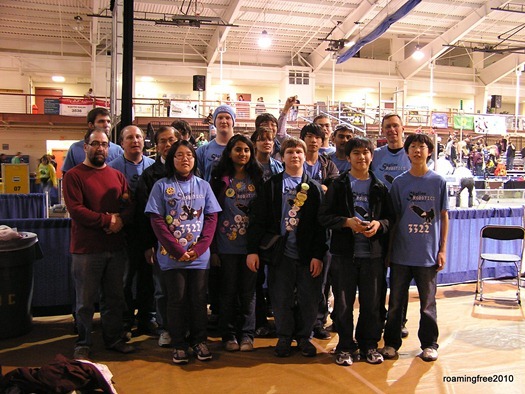 Nick is hiding in the back row, & Tom is to the right/behind the guy in red

FIRST is a global organization which introduces high school students to the world of engineering through a series of competitions.  Teams all over the world attended a Kickoff Meeting on January 8th, where the specifications for the 2011 competitions were introduced.  The teams then had 6 weeks to design, fabricate, build, program, and test their robot. 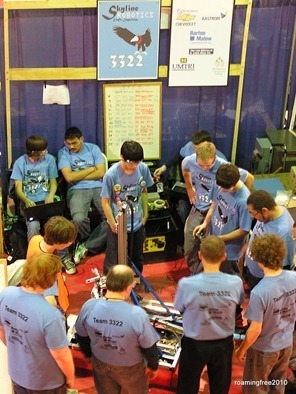 Tom and Nick, along with the rest of the team, spent 10 –15 hours each of the six weeks working on their robot.  In the end, it looks pretty good – and performs the intended functions, too! Phase I – Robot is programmed to hang a tube by itself 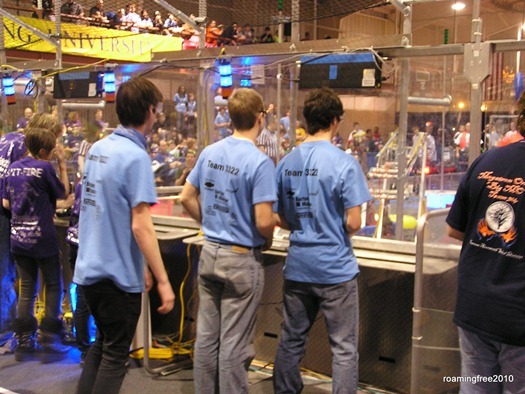 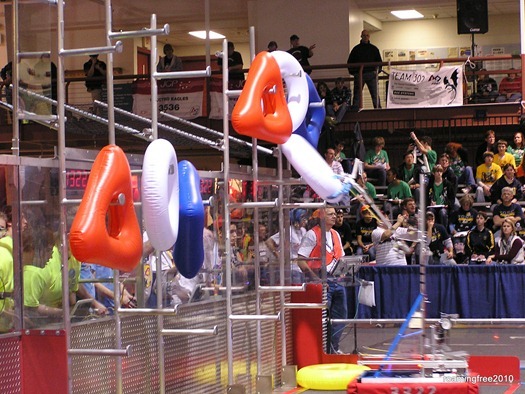 The team has attended 2 Michigan Regional Competitions so far, and after pretty decent performance at each, they are currently in the running to compete at the Michigan State Competition in early April – we’ll know for sure after the two remaining regional competitions this weekend. 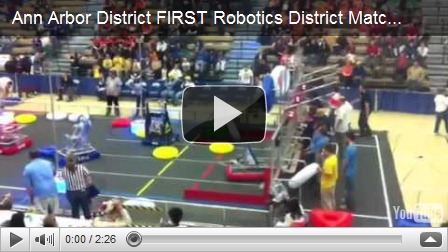 In the above video, the team’s robot was unsuccessful in Phase I, but performed well in Phase II, and successfully sent their “minibot” up the pole at the end of the match – BIG bonus points for that!  (Nicolas isn’t driving in this match, but he’s there in the driver area.)

I have been surprised at how elaborate and exciting the competitions are – there’s a  lot of action, and lots of noise!  It’s been fun, and we’re all enjoying the experience!