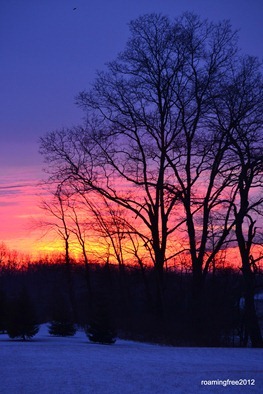 Life around here has been pretty normal lately, without too much excitement.

The boys have basketball games every weekend, 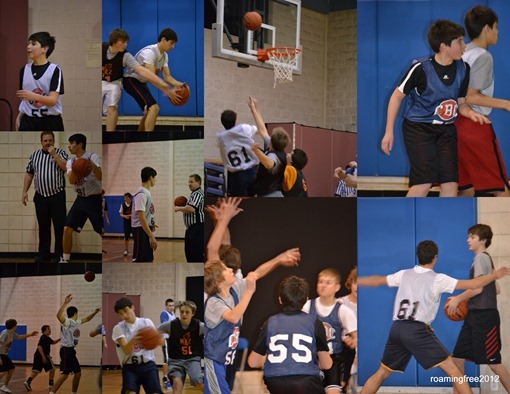 and both of their teams are on winning streaks.  The games have been pretty exciting lately!

We’ve been having a fairly mild winter, where we seem to alternate between cold, snowy days followed by warmer-than-normal days when all the snow melts.  Currently, we have snow on the ground, but we’re supposed to have 40+ degree temperatures over the next couple of days. 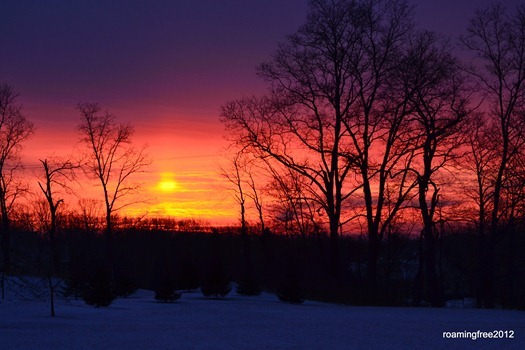 About 10 minutes later . . . the sun is a little higher in the eastern sky.

Tom and I have been interviewing realtors for the last month or so, and we finally settled on somebody to sign a contract with.  We’re going with just a 3 month contract, though, and we’ll make a change if we don’t see progress in that time.  With just 2 years with Nicolas still at home, and four with Bryce, we need to get serious about selling our house this year.

Now that we’ve made the decision, we need to get busy this week and get the house cleaned up, because we’ll have a photographer and videographer scheduled for late this week or early next week!  So, that’s what I’ll be doing for the next few days . . . today I tackled my desk and the library.  It didn’t take long, and I can actually see the top of my desk now! 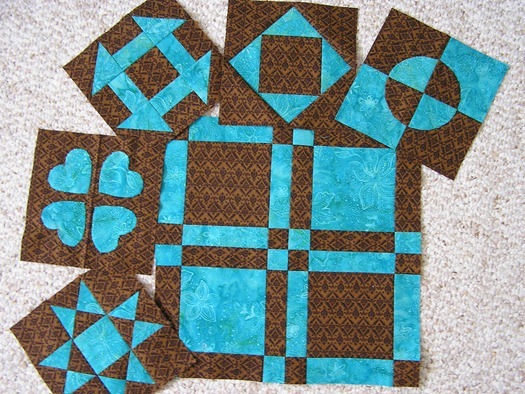 But life isn’t all work . . . three of my sisters and I are participating in a “mystery quilt” for 2012.  “Just Takes 2” is being hosted by 2 quilting blogs, and it promises to be quite an adventure!  The whole quilt takes just 2 fabrics – a color and a background.  I went with turquoise and brown, and I love the combination!  If you’re interested, you can follow our progress at Quiltin’ Dreams. 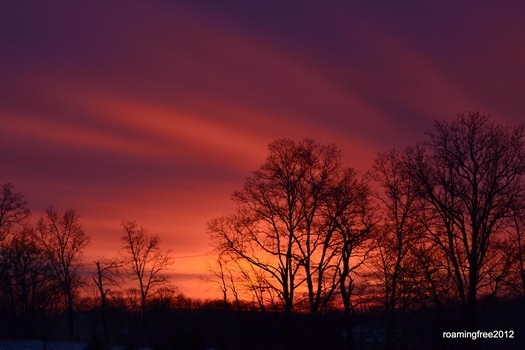 Just before the sun fully rises, the sky was a magnificent display of color!

Wish us luck as we put our house back on the market, and hopefully we’ll be able to hit the road this summer! 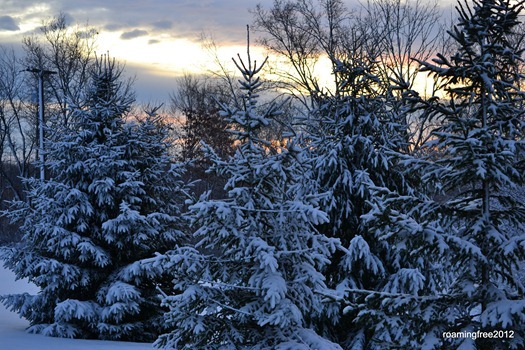 It’s finally starting to look and feel like winter around here!  Not everyone is excited about that, but I’d rather have the snow than the chilly rain . . . and it’s definitely prettier!

Tom’s got a little project keeping him busy this winter – building a barn for his brother, Dave.  After several delays, they finally got started this past week, so we stopped over there this morning to check on the progress. 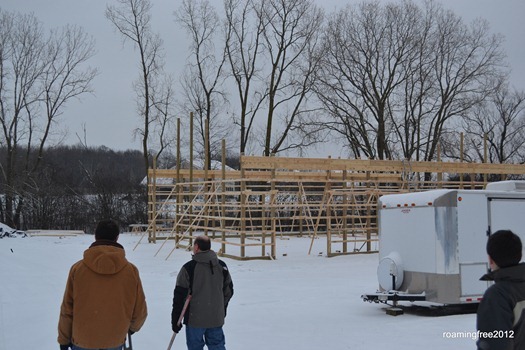 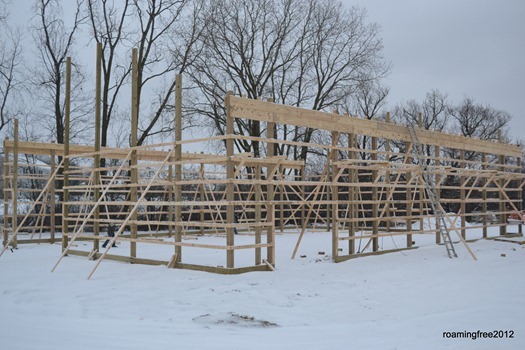 The roof goes on this week, and then it will really look like something!  Denise and the dogs came outside to say “Hi”, and we chatted for awhile until everybody was shivering! 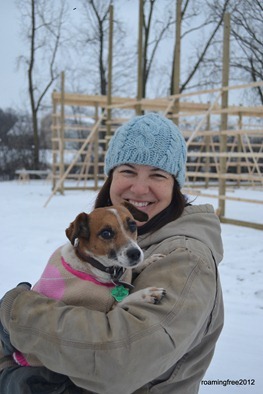 From there, we made a Sam’s Club run for shopping & snacking, before Nicolas & Bryce’s basketball games.  Today were their first games, and after only 2 practices, they did pretty well. 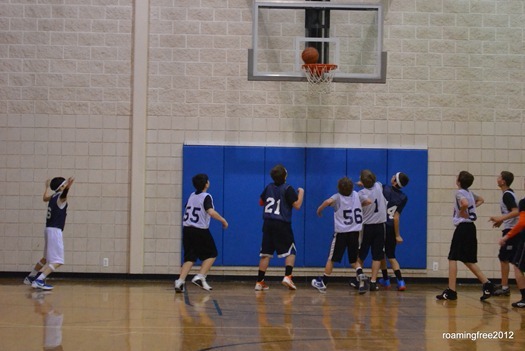 Bryce’s team played first – he’s #55.  They didn’t win, but they played really well, and didn’t lose by much considering that the other team had a lot taller guys! 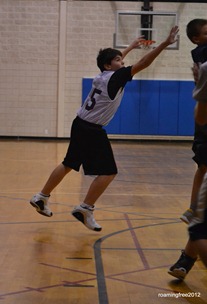 Bryce has a pretty strong competitive streak, and he really gets aggressive when he plays.

Nicolas’ team played right after Bryce’s (convenient for us!), and they played really well, too.  Nick had a particularly good game, scoring about 12 points himself (I think that’s more than he scored for the whole season last year!) 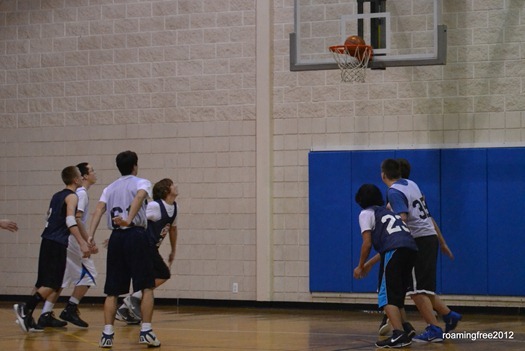 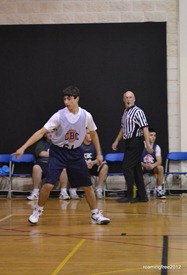 His team won their game, and it was exciting to watch, as usual!  These high school boys get pretty intense!

We got out of there just after 5pm, and thought we’d be early enough to grab dinner at Outback Steakhouse before the crowds hit, but we were wrong . . . they must have had a deal going on, because there was hardly a spot left in the parking lot, and already a 1 hour wait (at 5:15!)!  Next door, the Cracker Barrel wasn’t too busy at all, so went there and enjoyed a delicious dinner.

Now we’re back home, watching a movie and playing some ping pong.  I’m getting much better . . . I can give Bryce a run for his money now, and I’ve even beat him a couple of times!

Tomorrow the boys are going to Detroit for the Auto Show, and I’m still thinking about whether or not I’m going to go with them . . . I guess I’ll decide tomorrow morning!

Posted by Tom and Marci at 8:48 PM No comments:

This past weekend was my Mom’s birthday, so my family (a few of them anyway) gathered at my house on Friday for a lasagna and ravioli dinner. 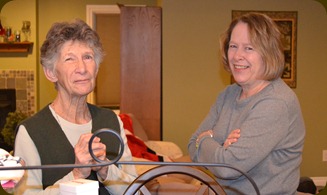 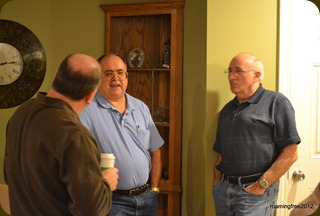 After dinner, we had coffee, cake and ice cream in the basement while several ping-pong challenges were made.  Grandma took on the boys to see if she still had what it takes. 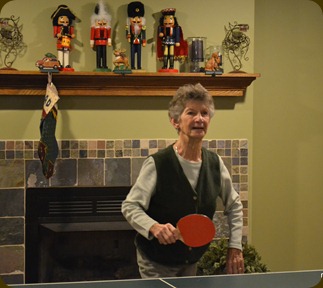 She was a little rusty at first, but after some warmup, the old skills came back and she even managed to beat Bryce at his own game!

Dee & Danny brought their granddaughter, Kailyn, along and she quickly became an old pro at ping-pong! 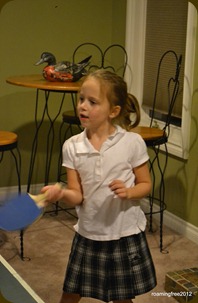 Nick and Bryce weren’t feeling quite 100%, so it was up to Grandpa to keep Kailyn occupied after they gave up! 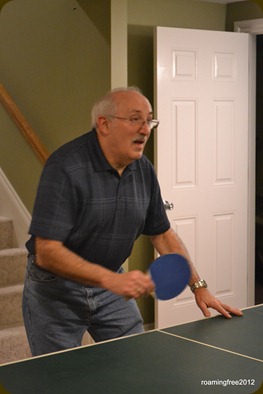 Before long, she noticed that I was taking pictures and really started to ham it up! 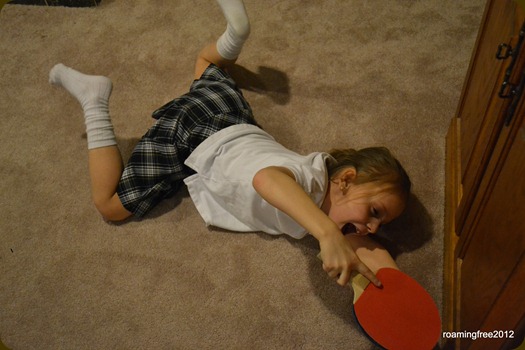 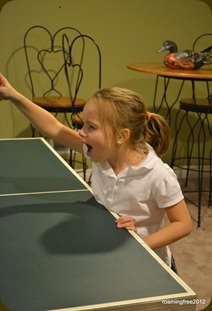 (I think she just beat her Grandpa!)

We all had a good time, especially Mom, and I was glad that we could all get together to celebrate her birthday.

After the party broke up, Mom settled in with us for a quiet weekend at our house.

On Saturday, Tom and the boys went to the motorcycle show while Mom and I tackled the huge job of taking down my Christmas decorations. 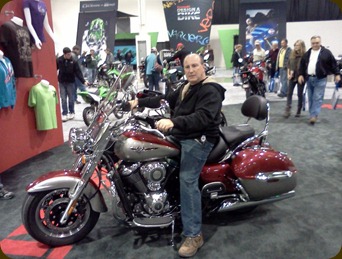 It was a big job, but we got it all done, and the boys put the boxes away and took out the tree when they got home. 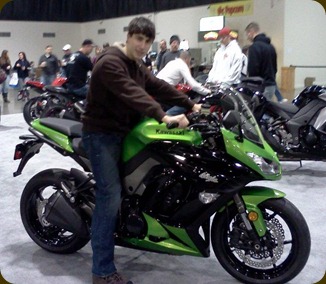 On Sunday, Nick and Tom took down all the outside lights, and we had a friend over who is an appraiser.  He walked through the house with us, and we talked about possible strategies for when we get the house back on the market.  We still need to decide what we’re going to do with that information. 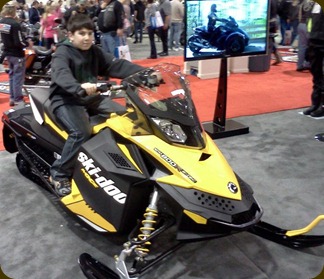 Before we knew it, the weekend was over and it was time to take Grandma home.  Hopefully she’ll come back and stay with us again soon!