Most of the schools in the area have their mid-Winter break this weekend, so there were no basketball games scheduled.  We had nothing else planned either, so Tom and I bought tickets to see the Jersey Boys on Friday in Toledo. 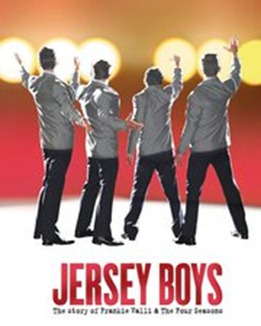 My Mom and my sisters all saw it last weekend and said it was very good, and I’ve been wanting to see it for the last year, so we decided it could be our Valentine’s Day present to ourselves.  We had dinner at home with the boys, and then Tom and I headed down to Toledo.  As expected, the show was great, and we both enjoyed it!

On Saturday, we did some cleaning and laundry, and then went to church and dinner with Tom’s parents and his brother and sister-in-law and nephew at Applebee’s.  Back at home, we watched Ghost Rider on DVD (Nicolas can’t wait to go see the new Ghost Rider movie; it just opened in theatres this weekend!), and I worked on putting the binding on my latest quilt.

Sunday we were just staying home, so Nicolas decided that he wanted to make bread.  He went through my cookbooks and found a basic white bread that sounded good, and we started mixing it up. 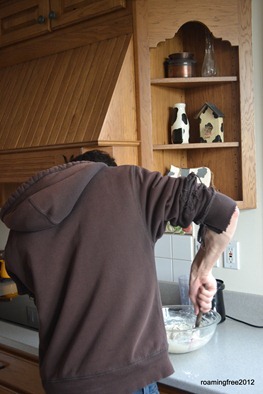 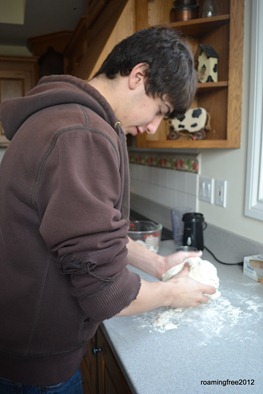 and after it rose in the oven (my convection oven has a “bread raising” setting – how convenient!), it was ready to be made into loaves. 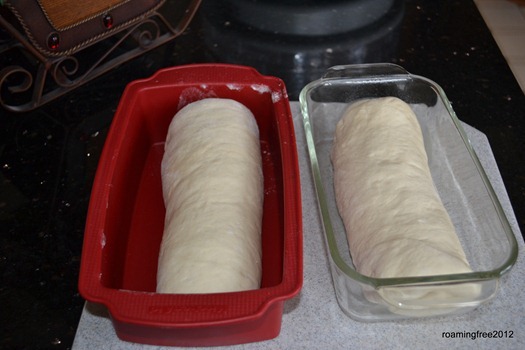 Back into the oven to rise again, and soon it was ready to start baking! 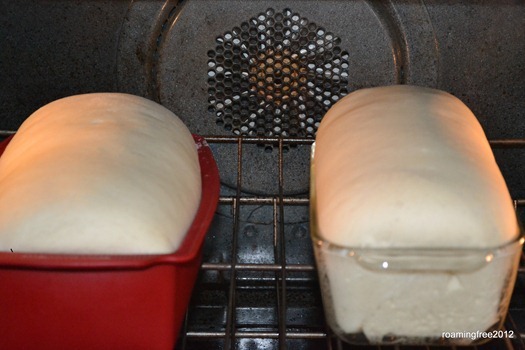 Looks good, doesn’t it??!!  45 minutes later it was a nice crusty brown, and I could barely keep Nicolas from cutting into it before it cooled a little bit! 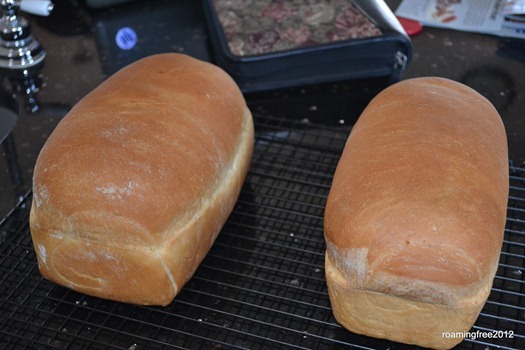 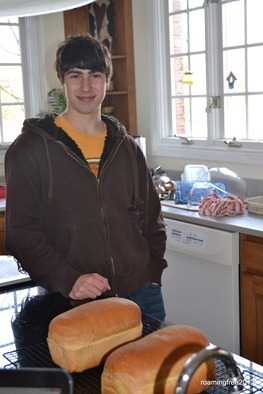 Nicolas was proud of his first batch of bread, and it tasted really good, too!!  He said, “There sure are a lot of steps involved in making bread, but if it tastes good, it’s worth it!”  I guess it was worth it!  (NOTE:  I do have a breadmaker, but it was more fun to make this batch all by hand!)

On the home front, we haven’t gotten any calls yet (been back on the market almost 2 weeks), but we’re hopeful.  The video and the pictures turned out really good.  You can check it out at the link below:

Video of our house for sale

Well, that’s about it from here . . . we’re hoping that the spring-like temperatures continue, but I’m sure we’re probably not quite done with winter yet!

The joy of victory, and the agony of defeat!

It was another busy weekend of basketball.  Bryce and his buddy, Brendan, were on opposing teams yesterday, and there was quite a bit of friendly competition going on! 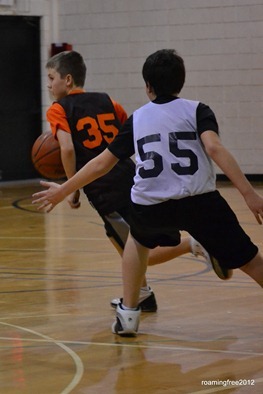 They somehow managed to always be guarding each other, and enjoyed getting in each other’s face. 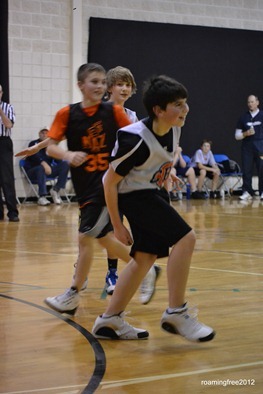 They were really into the game, and played a little rough at times! 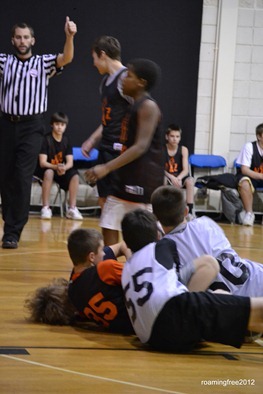 It was all in fun, though, and both of the friends got in some good plays! 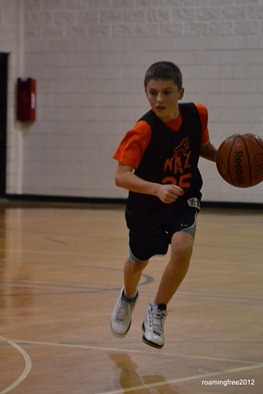 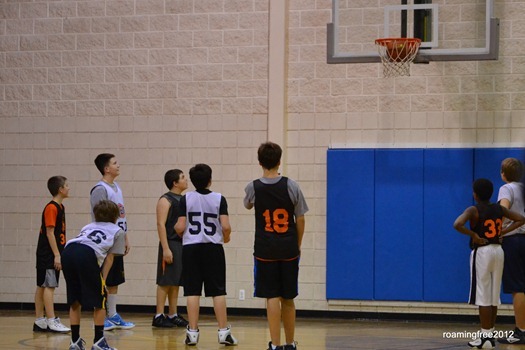 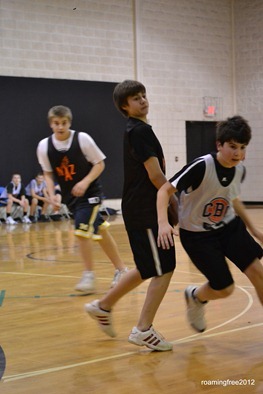 At the end of the game, Bryce’s team was victorious, and the boys were still good friends! 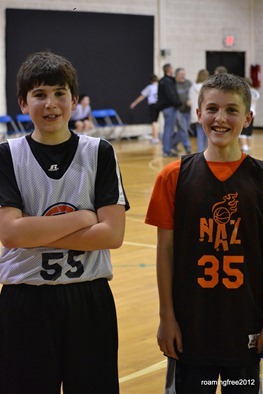 It was Brendan’s Mom’s birthday, too, so we all went to Baskin-Robbins for an ice cream treat after the game! YUM!

Today was Nicolas game and his team played hard to maintain their undefeated record. 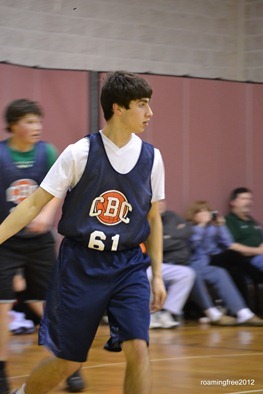 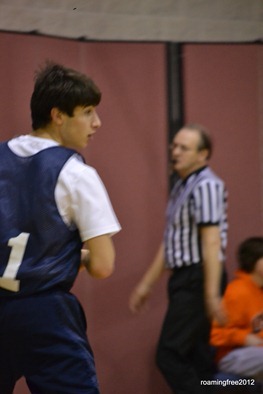 They couldn’t quite pull it off, though, and suffered a disappointing loss!  Oh well, they can’t win them all, I guess!

Back at home, we have a sign in the yard again, and we’re looking forward to a win for us!! 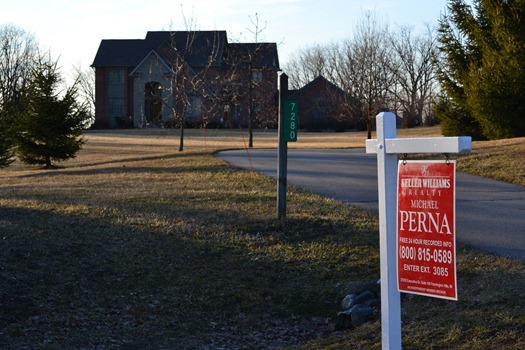