Last night we went to a Halloween party with several other families from the boys' school.  We had a really nice time -- lots of good food, conversation and drinks!  We started out with some appetizers while the boys got into their costumes . . . 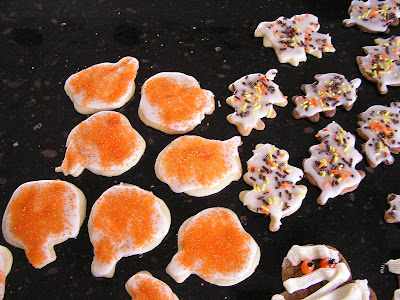 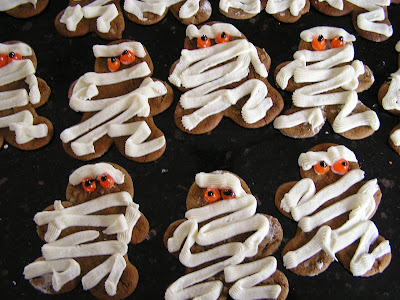 Nicolas and two of his friends dressed as bikers Bryce was Zorro, and one of his friends was a biker, and another was a Star Wars guy. 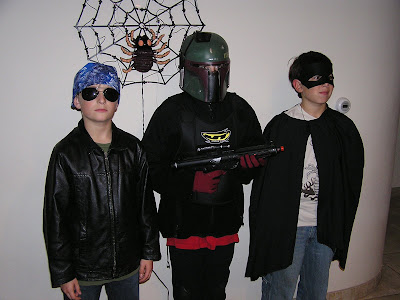 I have to show you these close-ups of Nicolas . . . he looked so realistic, not to mention MUCH older than 13!!! 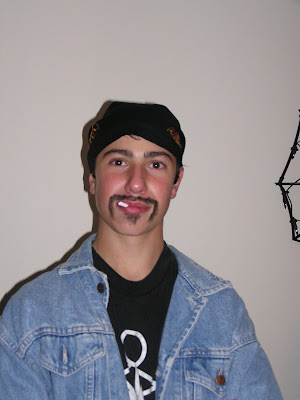 Check out these flames on the side of his bandanna -- he HAD to have them, and it took me two hours the other night to embroider them! 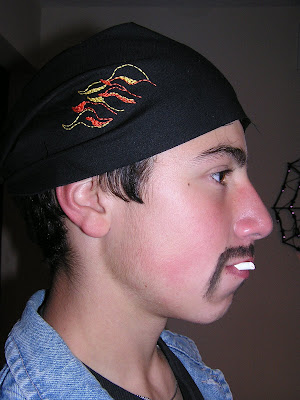 Even a couple of the Moms got into the act! 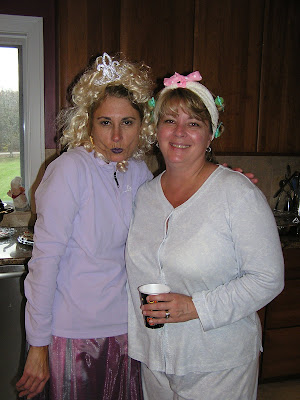 Once they were all ready, we headed out to go trick-or-treating.  Here's the whole group -- all boys! 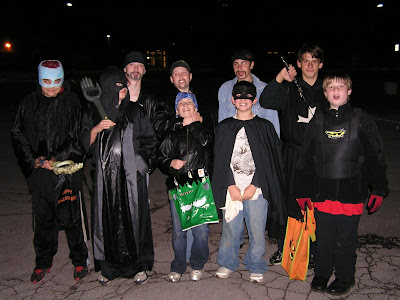 It was a pretty quiet night for Halloween.  We didn't see many other kids out, and had to skip quite a few houses that did not have lights on.  It was a chilly night (mid-40s), but it didn't rain.  We stayed out for a little over an hour, and then the boys were all ready to go back to the party.  Once back at the party, our host family had created a "Haunted Trail" in their backyard -- complete with skeletons, iguanas, crocodiles, chain saws . . . and shots of Crown Royal for those that completed the trail (adults only, of course!!).

Back inside we feasted on ribs, chicken wings, shrimp, couscous, crackers, cookies . . . an endless buffet, it seemed!  We had a really nice night -- all the parents gathering in the kitchen, and the kids hanging out in the basement and outside.  The party broke up around 1am (but became midnight once we moved our clocks back for the end of daylight savings!), and we went home and to bed.

Today we went to my parents' house for dinner.  Mom had some leaves to burn, so Tom and I and the boys gave her a hand. 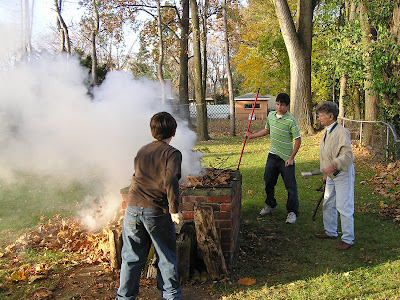 Here's Nicolas and Bryce with Grandma. 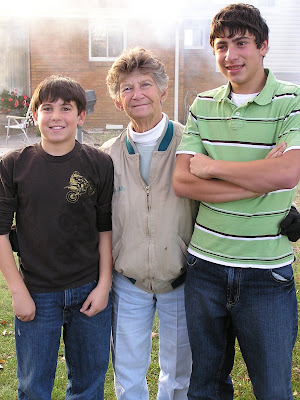 It was a really nice weekend, and now we're settled in for the evening.  Have a good week!