We woke up Sunday morning to quite the sight out our windows! 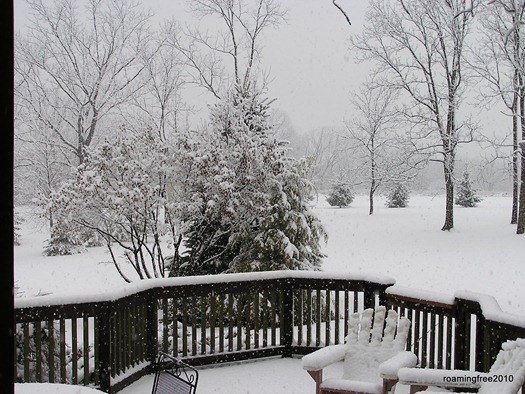 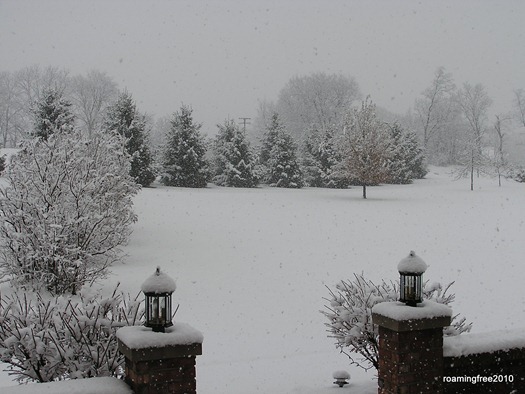 There was already a good layer on the ground, and the snow kept falling all day!  Nicolas and Bryce quickly got dressed and headed out to play. 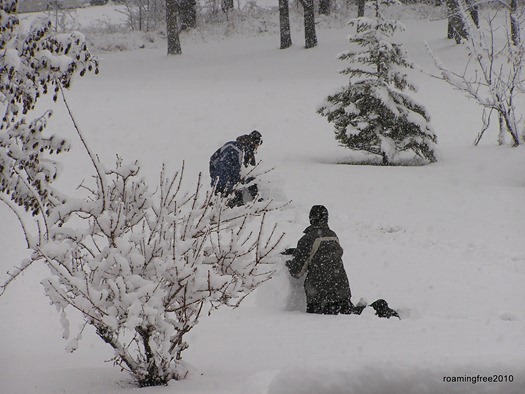 The plan was to build snowmen, but soon changed to opposing forts so they could have a snowball fight.  They’ve been waiting for a snowfall like this for weeks! 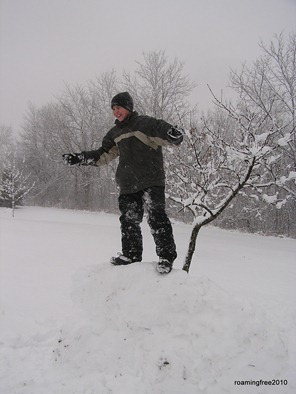 Earlier this fall (when we thought our house had sold) we listed our big tractor on craigslist, and it quickly sold, along with all of the implements.  So, unlike previous years, when Tom could tackle the driveway with the big machine, 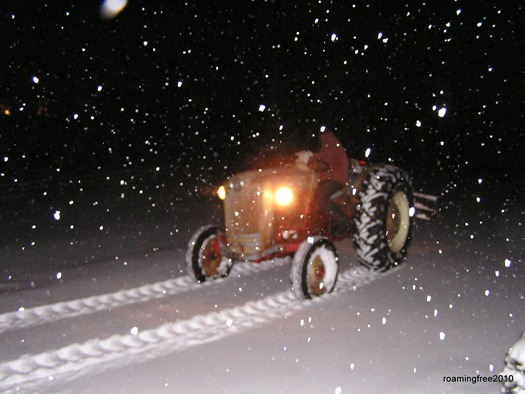 now they have to take on the chore with smaller equipment. 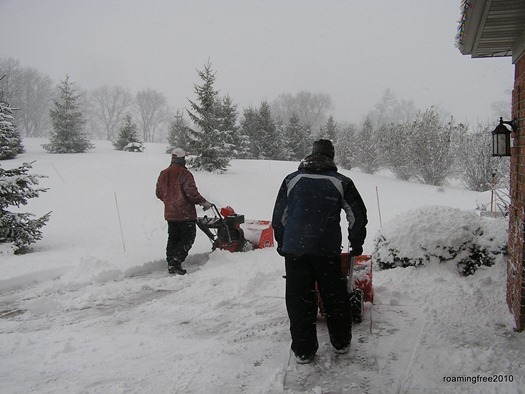 It took awhile, and they struggled with the blizzard-force winds, 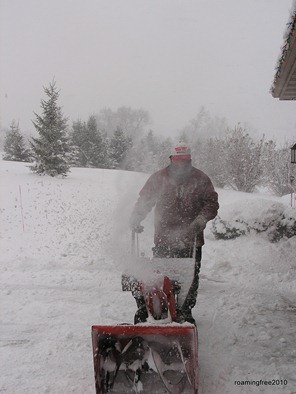 but eventually they cleared the entire 250 feet of driveway! 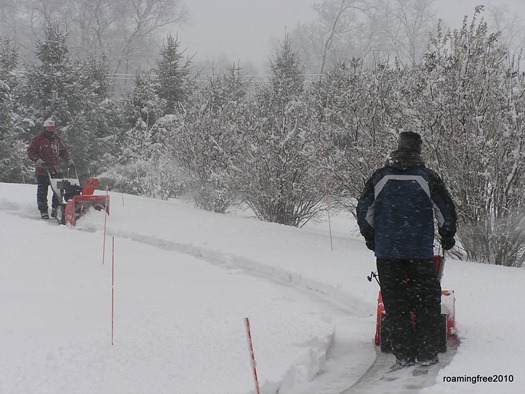 Of course, a few hours later it was drifted over again, and they were back out there today doing it all over again!

Around 2:00 in the afternoon, we lost power and weren’t sure when we were going to get it back.  Every call to the electric company resulted in the same “no status available” message – not comforting!  We could have left and gone to Tom’s parents’ house, but we weren’t sure we could get down the road, so we settled in to brave the cold!  Actually, down in our lower level, it wasn’t too cold, and we lit the fireplace for added warmth.  We spent the evening reading and playing cards by candlelight, and then watched a DVD on my laptop – it was a cozy way to spend the evening!

We finally got an estimate that our power should be on between 6:30 – 8:30 in the morning, so we went to bed with extra blankets.  Shortly after 12:30 though, the power came back on, so we had heat again!

Today all the schools were closed, but not for these boys . . . no need for snowdays when you do school at home!  The snow has stopped for now, and the roads are somewhat clear, so all that’s left are the brutally cold temperatures . . . hopefully our power will stay on, and we’ll stay warm!