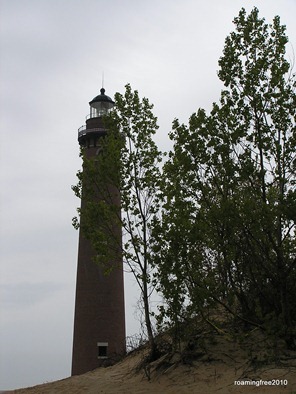 Sunday started out nice, but in the early afternoon the clouds started rolling in and rain was threatening.  We all wanted to get out to the lighthouse, but decided we’d better drive rather than bike, just in case we got caught in a downpour. 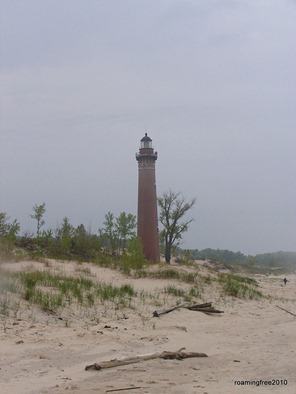 They shared bits of information with us about the lighthouse and how it functioned in the past, and now.  The light was originally produced by three concentric wicks which burned lard oil originally, and later kerosene.  The light was then amplified by a 3rd order Fresnel lens (the inventor of which was 12 years old before he started school – a tidbit shared with our 12-year-olds, Bryce & Hannah), and could be seen 19 miles out into Lake Michigan. 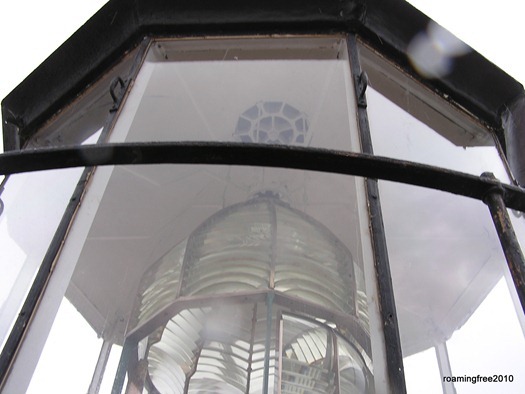 Standing out on the balcony, we could get a view of the Fresnel lens

This is a very rare type of lens, and a clockwork mechanism is used to rotate the top of the lens once every 5 seconds, creating Little Sable Point’s signature flash.

Climbing to the top of the 130 steps, we learned that every lighthouse has a unique exterior appearance, and a unique sequence to its light.  This lighthouse flashes its light once every 5 seconds. 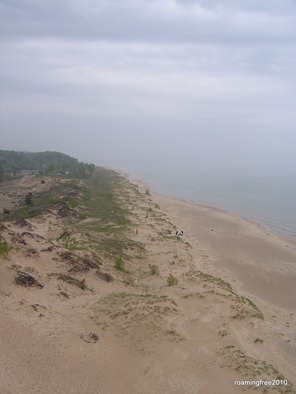 From the balcony of the lighthouse – the clouds are so low, you can’t see where the lake ends!

We also learned that when the oil-burning wicks were replaced by incandescent light, the visibility from the lake was reduced to 17 miles, and with the current halogen lights, it’s down to 16 miles – technological advances! 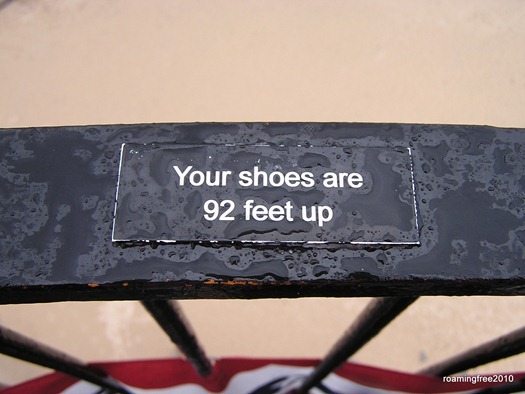 Standing out on that balcony was dizzying – especially knowing how high up we were! 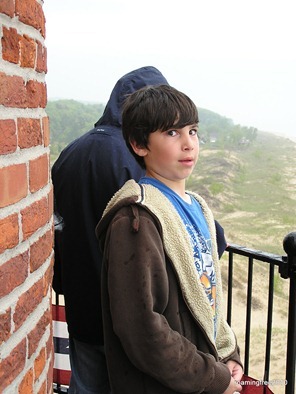 Bryce wasn’t crazy about the height! 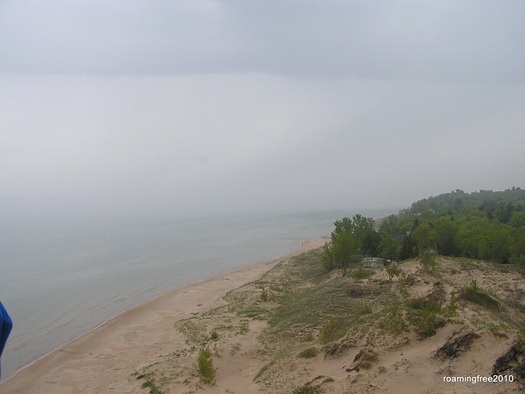 Between 1874 and 1954, there were 14 lighthouse keepers at Little Sable Point, but now the light is completely automated.  The lighthouse was renovated and opened for tours in 2006.  We enjoyed our tour, and learned some new information about this famous landmark of the Great Lakes!