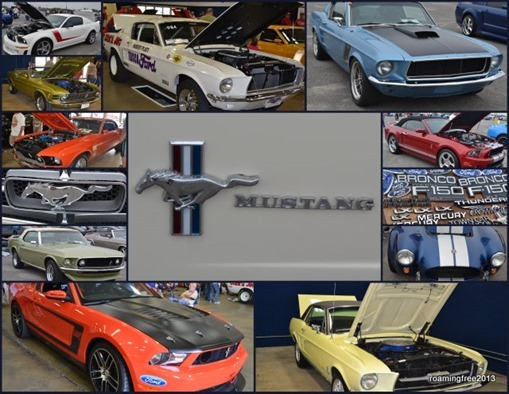 We heard about a Mustang Car Show going on in Pensacola on the weekend, and Nicolas is always interested in a good car show, so we headed over there on Saturday.

The day was overcast, and severe weather was threatening, but there were plenty of cars and plenty of people walking around. 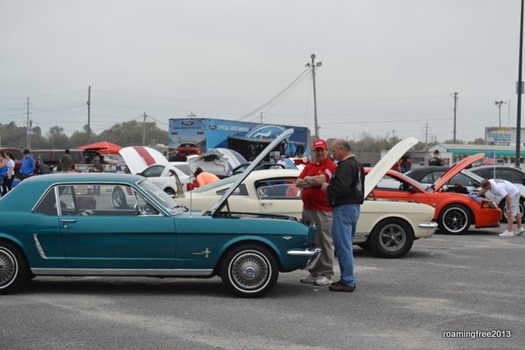 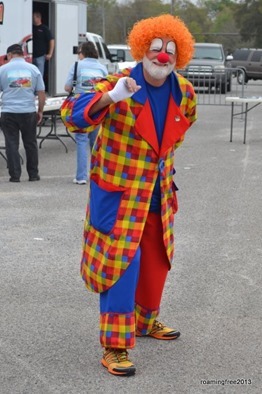 We saw old Mustangs, and new Mustangs, convertibles and clowns!

This guy saw me taking his picture, and stopped to pose with the boys. 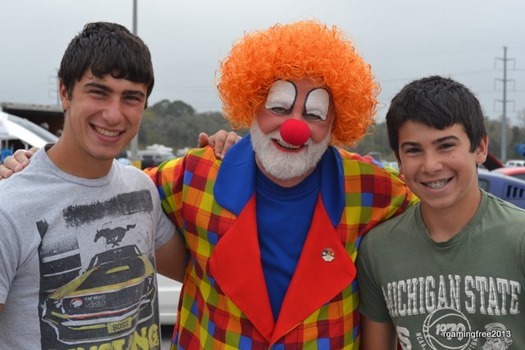 Once we saw everything outside, we headed into the exhibit building to see a few more . . . and these were some of the fancier ones!

I really liked the color on this Mustang! 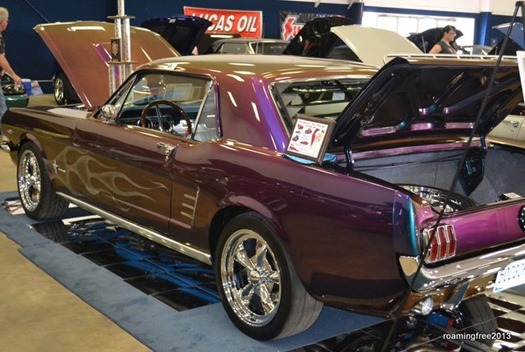 Tom thought his Dad would like this old T-Bird! 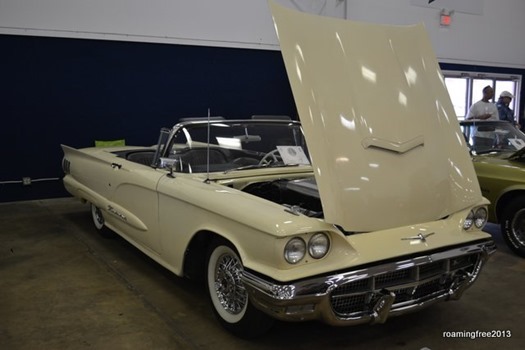 Another building housed the Falcon Club, 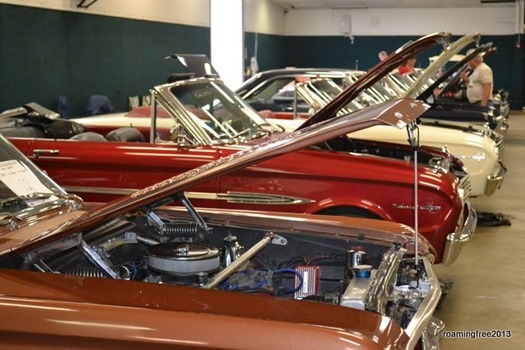 and we found one that had been to our neck of the woods! 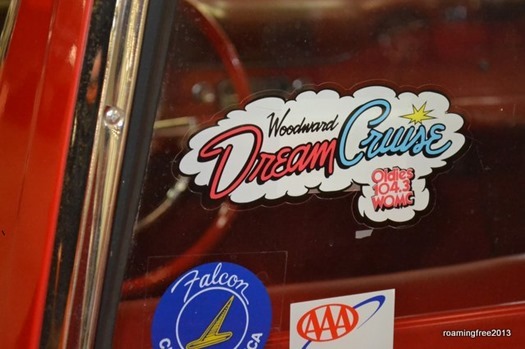 It wasn’t all “guy stuff” at the car show . . . this Falcon has a definite feminine side showing, 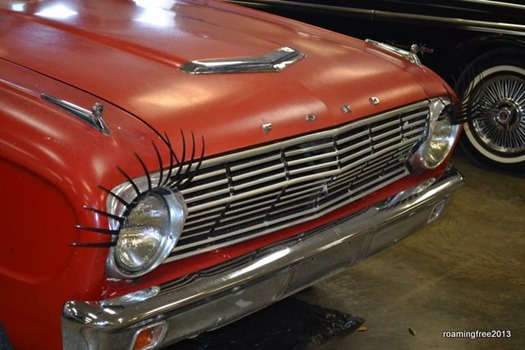 and this guy was certainly comfortable with his feminine side, too!

I also saw a great project for Kim to make from Joe’s old car show T-shirts . . . quilted throws for the seats of the Cougar! 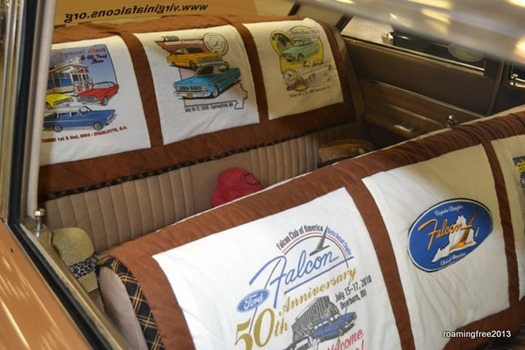 Outside, there were a handful of non-Ford vehicles, too . . . Bryce liked this little Chevy Truck in particular -- maybe it’s the color! 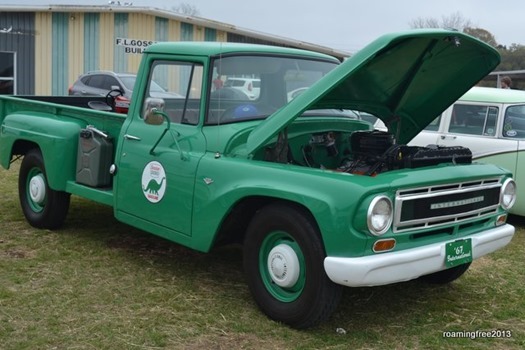 By the time we finished walking around, the sky was looking a little more threatening, and people were starting to pack up their cars.  We headed out, too, and made our way back to the campground in time for Bryce to watch Michigan State beat Memphis . . . and we never did get any rain!