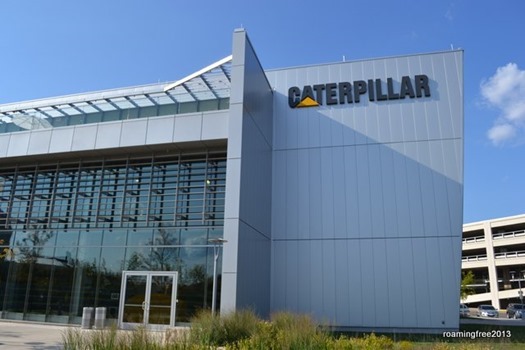 Peoria is the Corporate Headquarters of Caterpillar, where our friend Todd works, and they recently built a new Visitor Center downtown on the river.  We had heard it was really nice, so one afternoon we all met down there to take the tour. 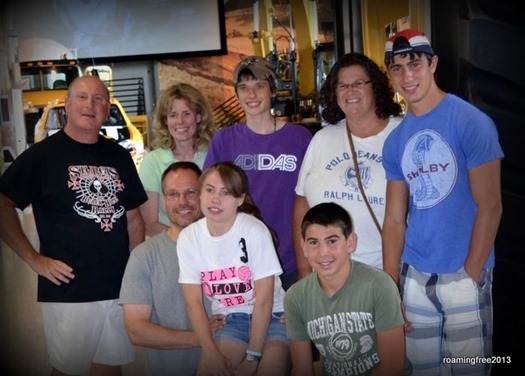 The tour started with a movie shown in the bed of the F797 Off-Road Dump Truck.  Used in mines and quarries all over the world, these giant trucks can carry a payload up to 4 tons (Oops!  Todd pointed out that I made a mistake – it should be 400 tons!!). 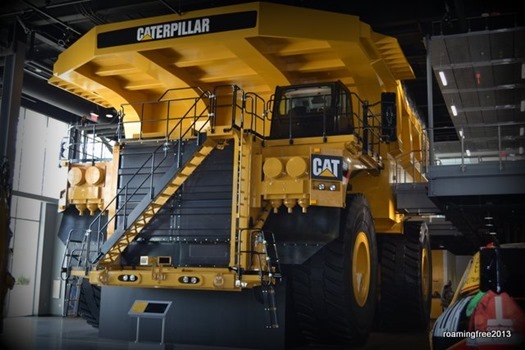 This truck, empty, weighs over 500,000 lbs. and since they couldn’t make the building strong enough to hold it, they constructed a replica out of drywall.  It looked amazingly realistic!!

Even the tires are huge! 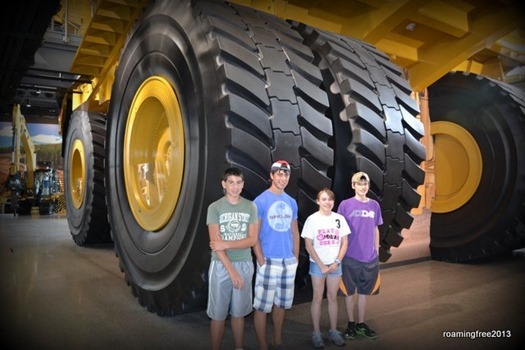 When the movie was over, we went downstairs to walk through the galleries and displays.  One side of the building was a collection of early Caterpillar tractors, 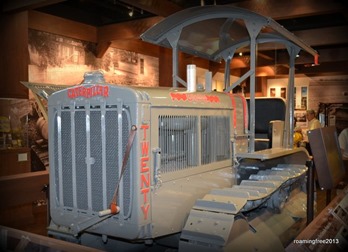 displays on the history of the company, 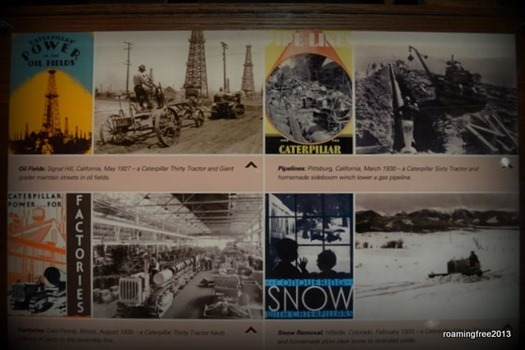 and interactive displays that show how these hard-working machines are designed, tested and manufactured.

An engineering job at CAT must be every little boy’s dream – playing in dirt! 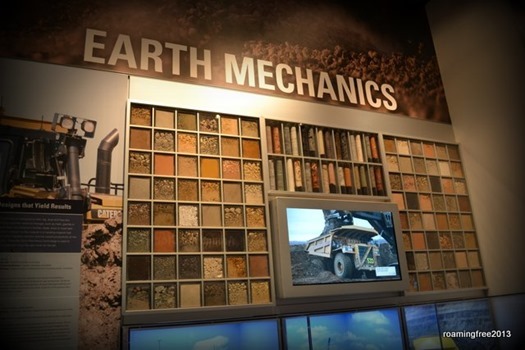 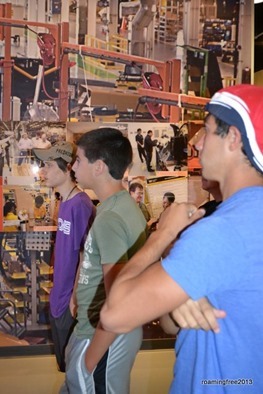 There were also time-lapsed videos of several manufacturing processes on the F797.  Being transmission engineers ourselves, we watched the video of the transmission build.  Incredibly, this complex machine – taller than a 6’ tall man when fully assembled – is built entirely by hand!  This 7-speed transmission is made up of many of the same components as an automotive transmission . . . just a lot bigger!

The boys spent a lot of time studying the diesel engine from the “normal” sized trucks, 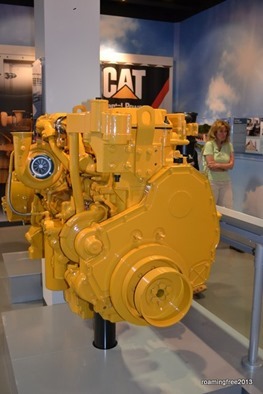 and Todd helped them out by explaining how it works. 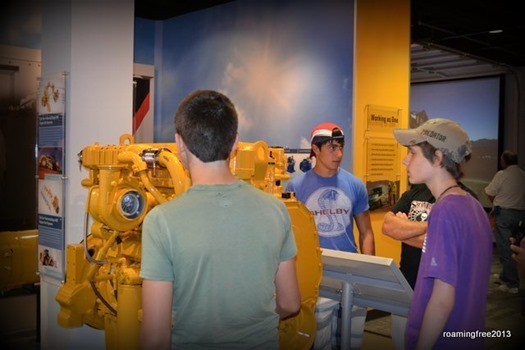 Even the big trucks aren’t exempt from emissions requirements! 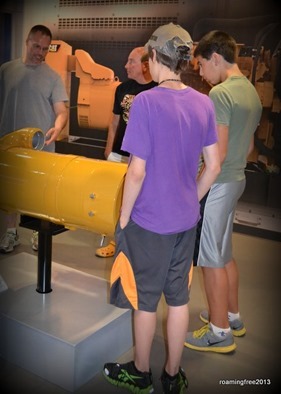 From there, we moved over to the other side of the display area – the highlight of the day for the boys! 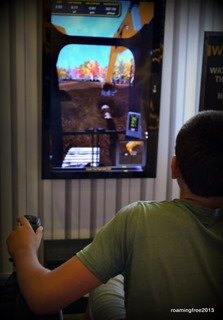 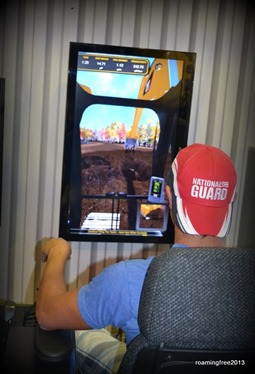 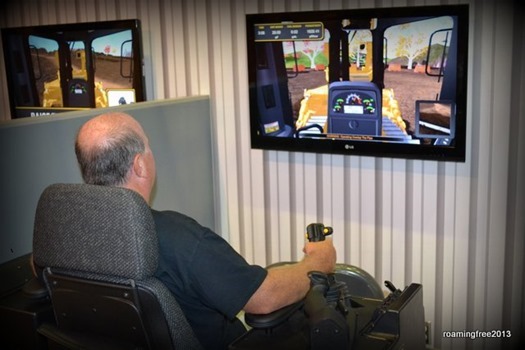 it wasn’t quite as easy as it looked!!

The real highlight, though, was the vehicles, 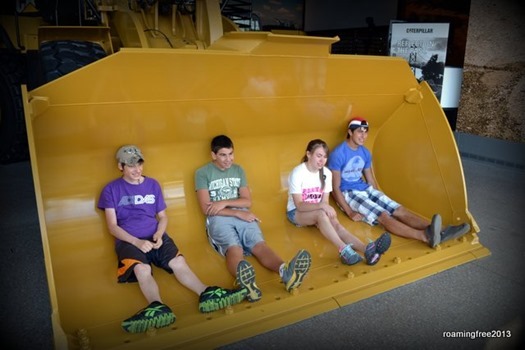 and Nicolas was the most excited of them all!

There was another family there the same time as us – a little boy about 3 years old with his parents and grandparents – and he was going from vehicle to vehicle, so excited to be able to get in the driver’s seat of each.  He reminded me so much of Nicolas . . . he was the same way at that age . . . and still is!

All the kids had fun trying out the big machines! 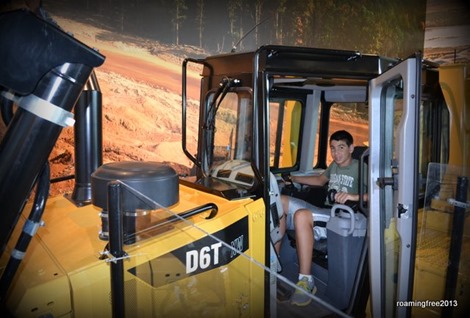 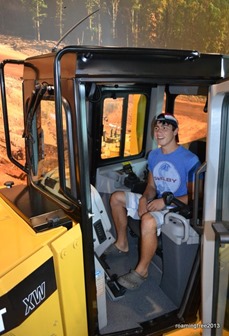 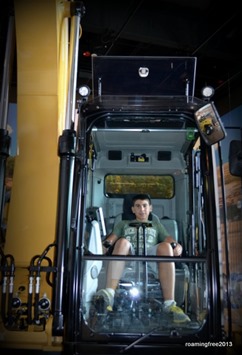 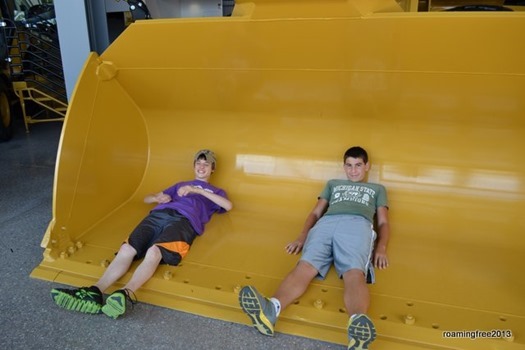 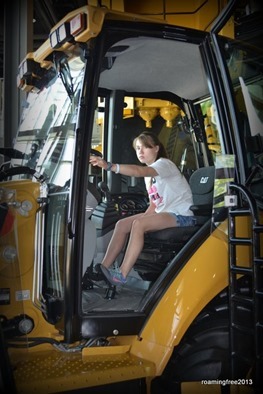 Even the big kids got into the act! 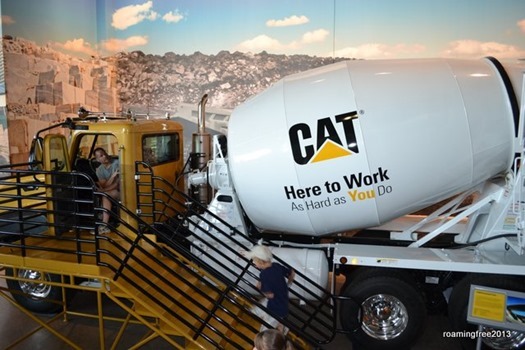 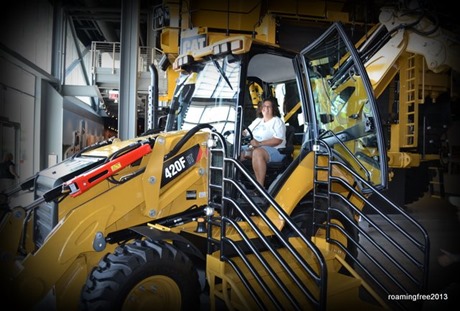 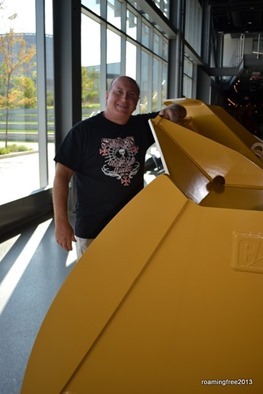 They even had a Caterpillar-sponsored NASCAR car. 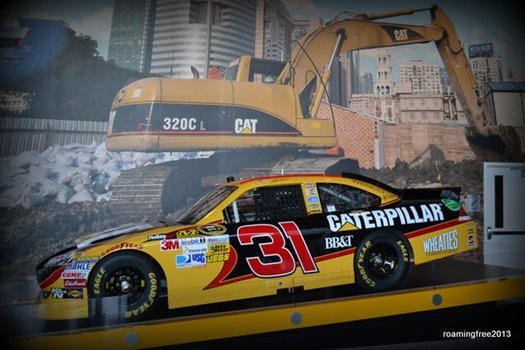 It was a great afternoon -- we enjoyed learning about the company our friend works for, and getting to climb in all the big trucks was lots of fun! 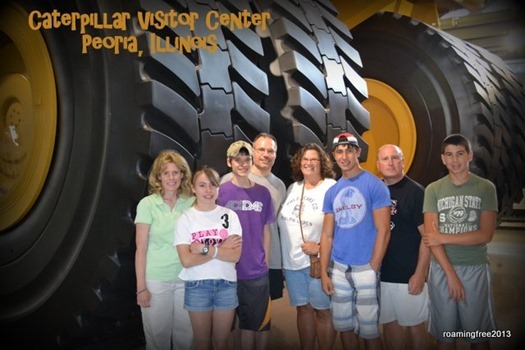