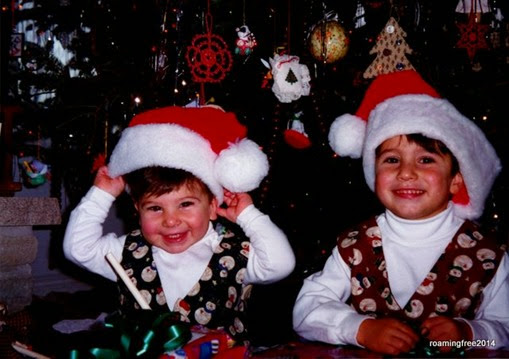 For the last two years, we’ve set up our Christmas tree outside on the patio, but this year I decided I wanted to put it inside.  We have a little more room in the garage now, and if we went with a smaller tree, we figured it wouldn’t be a problem. 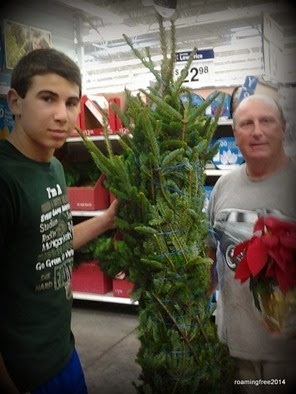 After walking through a dozen or so motorhomes all morning, we were tired and didn’t feel much like tree shopping.  Since we were going with a little tree anyway, we just picked one up at Walmart.

Not quite the adventure of traipsing through the snow to find the perfect tree and cut it down . . . but it’ll work!

We put it in the trunk of the car for the ride home (THAT was a first!!), and when we got there, Bryce gave it a fresh cut and got it set up in the stand . . . then he went to watch football! 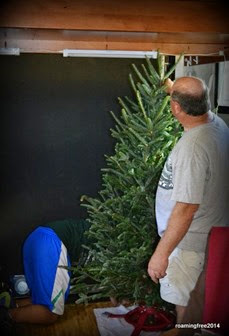 I guess I’m decorating the tree!!

For a little Walmart tree, it didn’t look too bad! 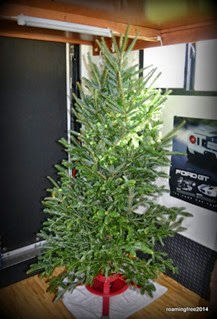 I actually can’t remember the last time I decorated the tree myself . . . Nicolas has been doing it for quite a few years!  But, without him here to help me, I got busy with the lights . . . 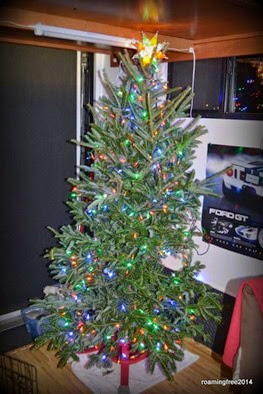 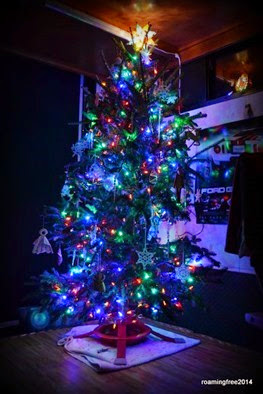 It turned out really pretty!

I guess the garage is going to be my Christmas room . . . I used Nicolas’ desk as a display table. 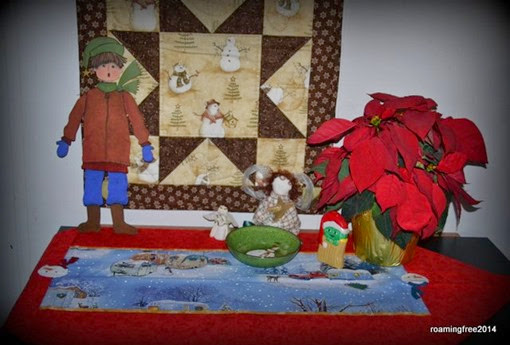 Just watching me wore Casey out, I guess! 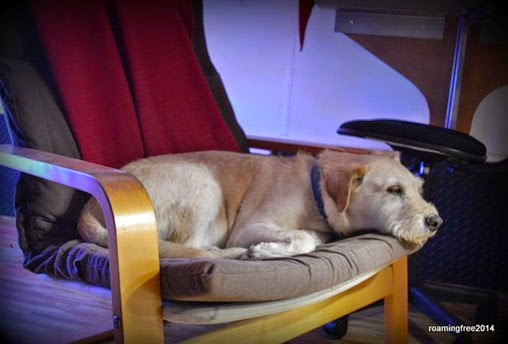 So, that was a nice way to spend St. Nicholas Day . . . but the highlight of the day was a phone call from Nicolas!

I knew that Saturday is usually the day they get to make calls when they earn them, and on facebook I was seeing that lots of recruits in Nicolas’ training group were getting to make calls this afternoon, so I was anxiously waiting for my phone to ring . . . and then it did!

It was SO wonderful to hear his voice!  He sounded good, and he says things are going OK.  His RDCs aren’t too bad, although they’ve had quite a bit of extra PT this week.  He’s a section leader in his division, so he hears about it when somebody does something they’re not supposed to!  I asked how the food is, and he said it’s actually really good . . . today he had french toast, eggs and bacon for breakfast, and fajitas for lunch.  On Thanksgiving they had turkey AND prime rib!

He’s got a little bit of a cold, but he passed both his PT test and his swim test on the first try.  He sounded very confident and comfortable, and that’s a huge relief to us!  He was mostly concerned that we had gotten his phone (which arrived here very quickly) and his letter with his address (which took over 2 weeks to get to us!), and he was wondering why he hadn’t received any letters yet.  I told him that we just got his address, but now that we have it, we’ll be sending lots of letters – I sent 4 this weekend!

This conversation with my boy was the best St. Nicholas present ever!!

It was wonderful to talk to him, and we’re looking forward to his graduation on January 16th!