Back to the Detroit International Auto Show 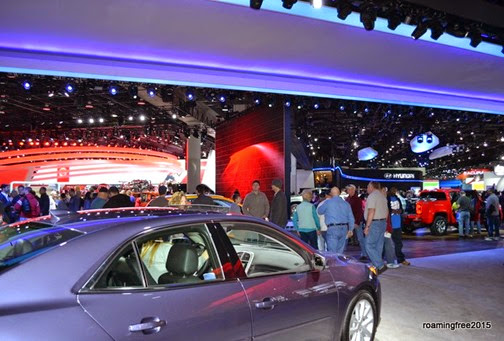 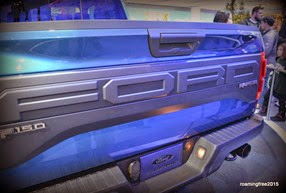 Back when we lived in Michigan, the Auto Show in downtown Detroit was almost an annual event for us.  We’ve missed it the last few years, so since we were back in town for a few days, we thought we’d check it out.  Nicolas was disappointed that he couldn’t go with us!

Monday was Martin Luther King Day, so it was pretty crowded, but not too bad.  We got our tickets and were inside by 11:30.

We walked all through the show and saw lots of pretty cars. 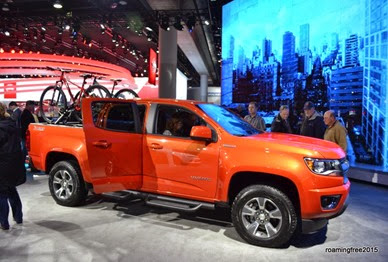 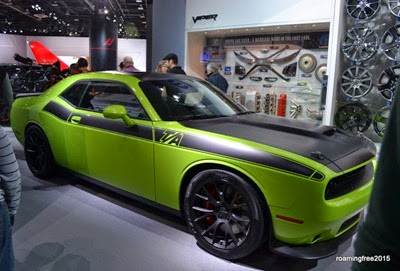 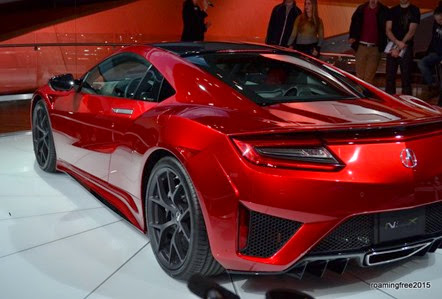 If Nicolas had been with us, he would have sat in each and every car he saw . . . Bryce and Tom only sat in a few, so we were able to get through the show a lot quicker than we normally could! 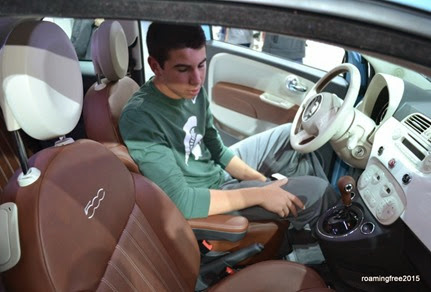 There were some vintage vehicles that looked pretty good, too! 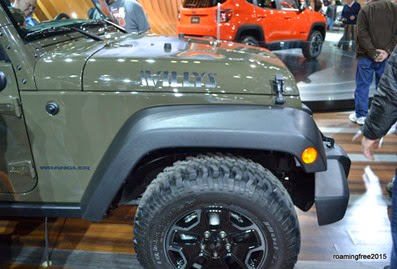 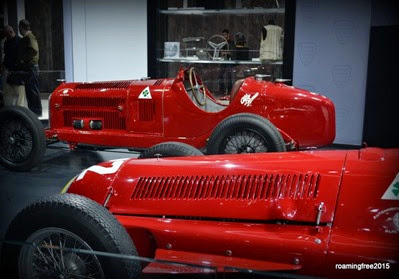 We made our way over to the Ford display, which is always the biggest, and usually the most crowded!  That was true again this year! 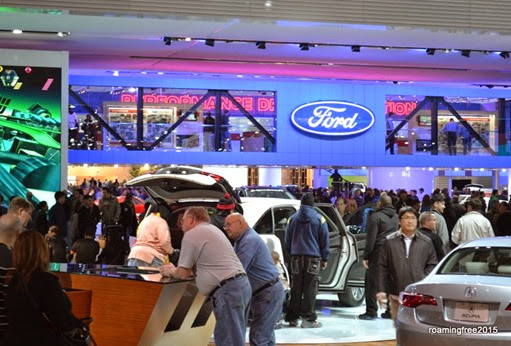 Blue was apparently the color of 2015! 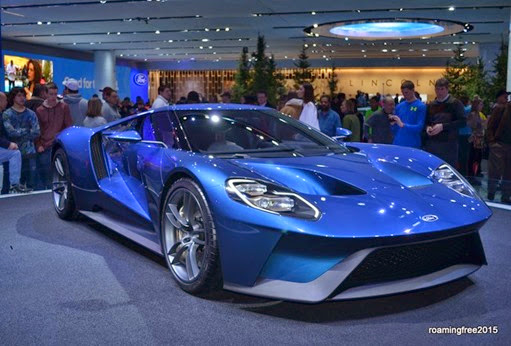 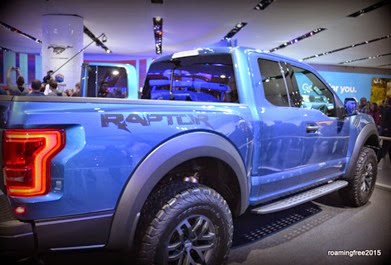 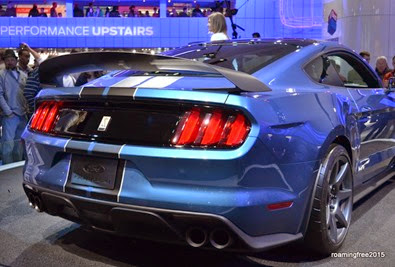 Those new cars look really nice, but Tom and Bryce like the old Baja Truck, too! Innovation Park was an interactive area of the Ford display that was getting a lot of attention.  It was a park-like setting in the middle of the display, with a camera that projected video images onto the ceiling (and also onto the internet, I think). 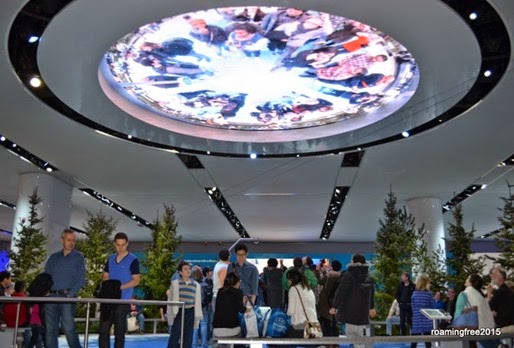 When we were finished looking at all the cars, we headed down to the lower level . . . past the sweet scent of fudge . . . 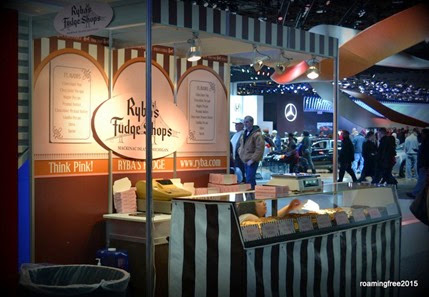 torture, but we didn’t buy any!!

There were just a few displays in the lower level . . . engineering schools, aftermarket companies . . . where we saw a couple of cool trucks . . . 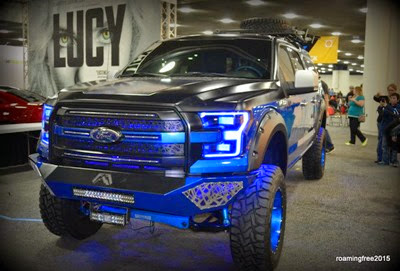 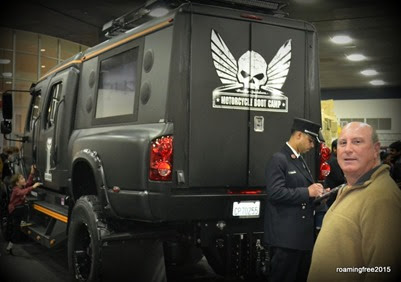 and a large display of Army vehicles.  We were getting tired and hungry by then, so we decided to head out and get some lunch.  When I talked to Nicolas later, he couldn’t believe we got out of there so quickly . . . that’s how it goes when he isn’t with us, I guess!

We walked a few blocks to our favorite lunch stop in downtown Detroit. 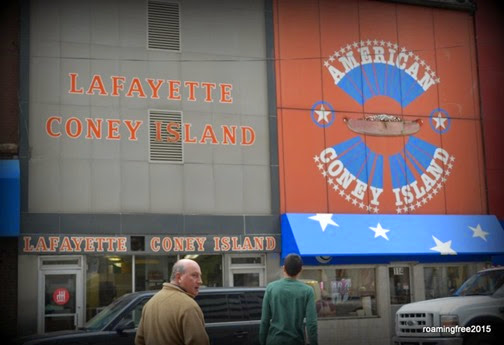 Lafayette and American each have their own set of loyal fans, and we are firmly in the Lafayette camp! 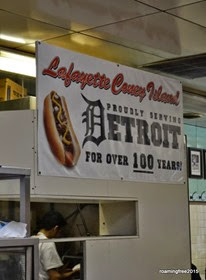 The diner was packed, but we managed to grab three seats at the counter and ordered coneys and chili fries . . . YUM!

If you’re going to eat a hot dog, this is the place to go! 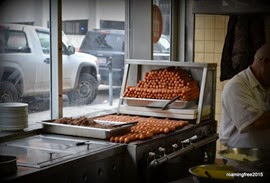 It was a good day spent in downtown Detroit!