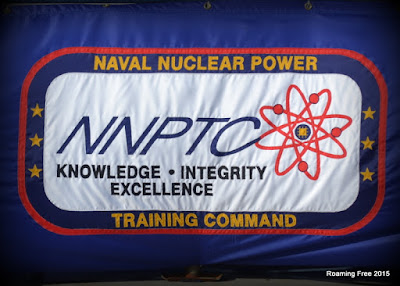 Nicolas' 2nd phase of his nuclear power training was Power School - 6 months of intensive classroom instruction in math, chemistry, physics, heat transfer, reactor principles, and other engineering courses.  He successfully completed the training and their Graduation Ceremony was scheduled for December 18th.

We left Fort McAllister on the 15th, and moved the RV up to the campground on the base.  Nicolas is staying in South Carolina for his final phase of training, and was moving from the barracks to an off-base apartment, so we helped him get his clothes and "stuff" moved, and he stayed in the RV with us for the 2 nights prior to graduation.

He was ready for some rest!! 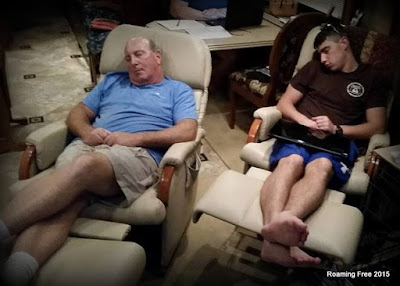 Graduation morning started out overcast, and cool, but eventually the skies cleared and it turned out to be a be a beautiful day.  400+ Sailors and their families gathered on base for the ceremony.  AS we walked from the parking lot, we passed by the barracks where the Sailors have lived for the last 10 - 12 months. 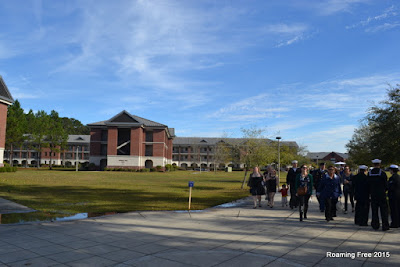 The NNPTC Band played music while everyone waited for the ceremony. 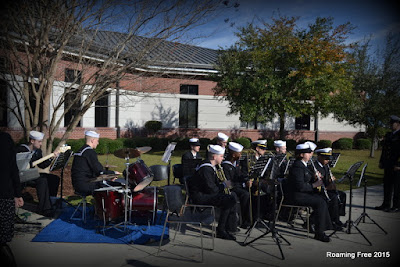 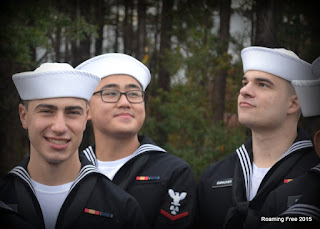 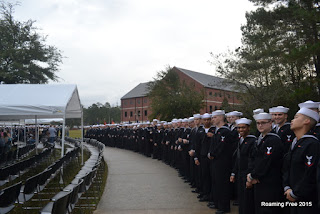 While we waited, the Sailors gathered with their class sections -- friends that they had worked and studied with for the last 6 months.  Lots of  good friends in this group!

30 minutes before start time, the Class Director instructed all the graduates to line up at parade rest, and welcomed the families to take pictures. 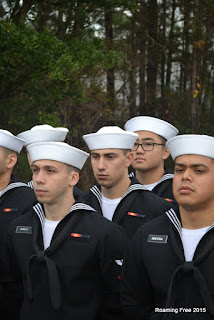 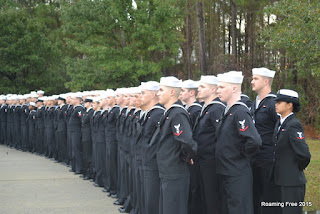 The building in the background is the Rickover, where all of the Nuclear Propulsion Training -- "A" School and Power School -- takes place. 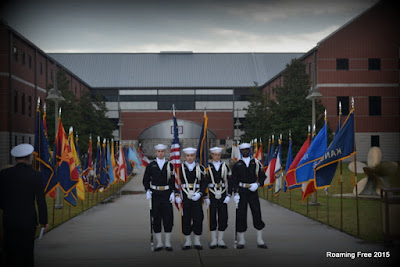 At 9am, the Ceremony began with the arrival of the Official Party, and the Parading of Colors. 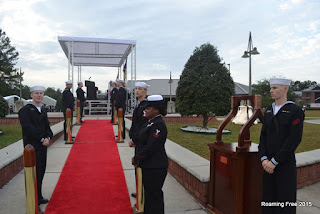 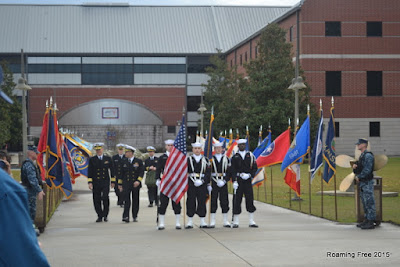 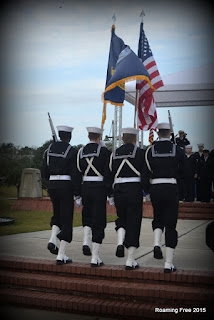 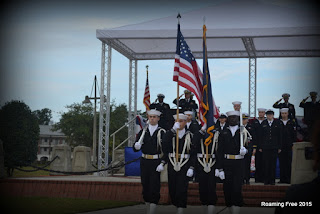 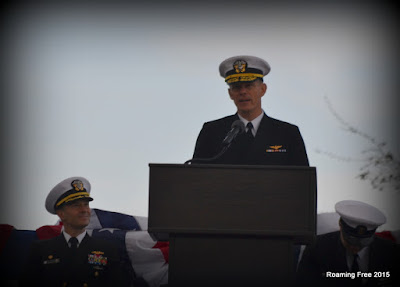 We waited for Nicolas to approach the stage. 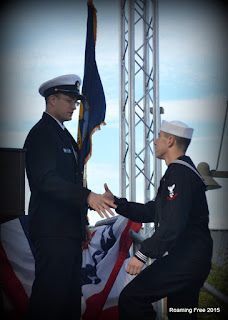 Receiving his certificate from the Admiral 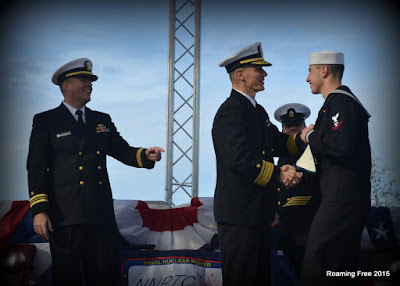 It was a milestone day for him, and a proud day for us! 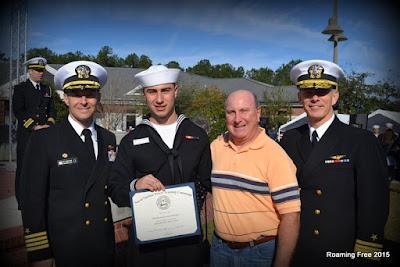 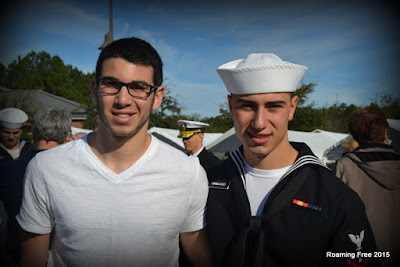