More fun on the dunes before Bryce left home 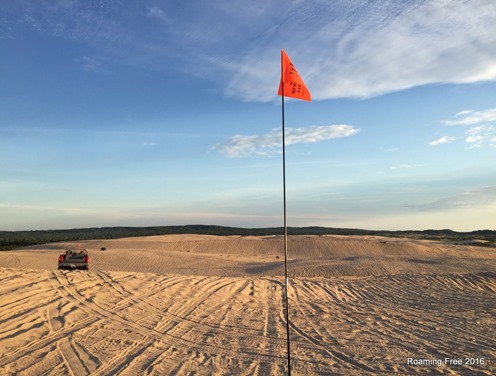 Bryce stopped working about a week before he left so that we’d have time for shopping and packing, and also so he could spend a couple days playing on the dunes.

Our friends Dave & Lynn came up to spend the day with us on Thursday, and Bryce & Tom took them for an adventure on the dunes.  It was a quiet afternoon, and they all had fun driving around on the sand.

While parked by Test Hill, they saw a guy from the RV Park racing around in his sandrail. 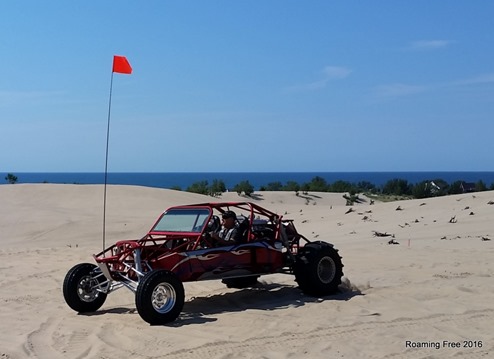 Tom started talking to him, and ended up asking him for a ride for himself and Bryce.  They had the adventure of a lifetime! 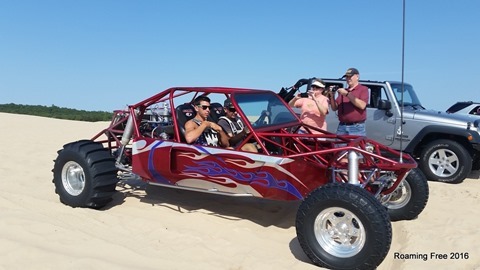 I think Dave and Lynn were as excited to watch them as Tom and Bryce were to ride!  These vehicles just fly over the bumps, and Bryce said it felt like they were going 100 mph!  Lynn got a video of Bryce going over Test Hill, and they got some air! 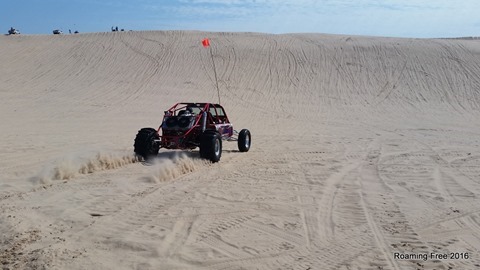 That was definitely a highlight of the summer for them! 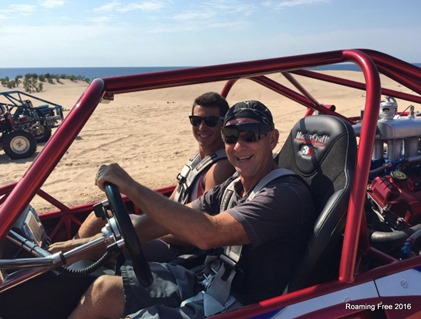 On Friday, Bryce went out again with his friend, Brendan, and then we went out for sunset with our friends Dave & Kathy, after we all went out for pizza for dinner. 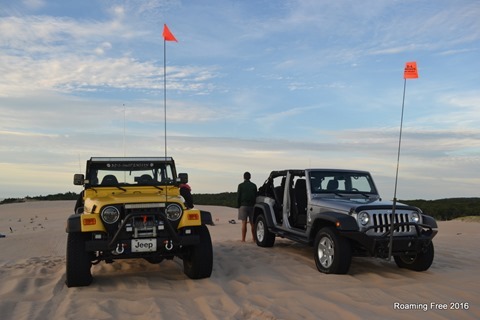 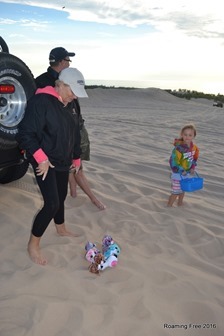 They had their granddaughter, Haddie, with them for the night, and she loves riding in Grandpa’s Jeep . . . so did her kitties!

We were looking forward to a beautiful sunset, 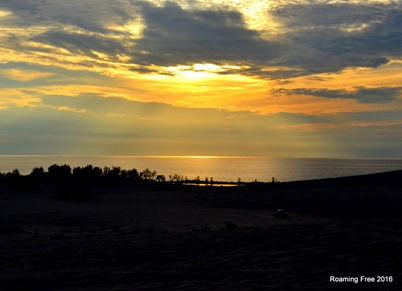 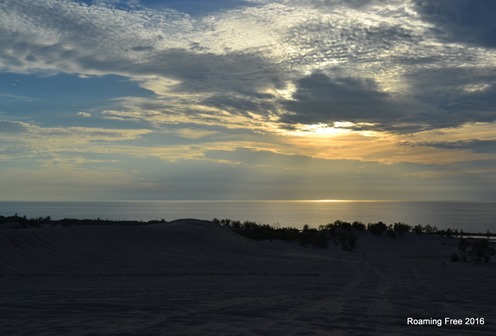 and it got off to a pretty good start.

Bryce was driving, and doing his best to keep up with Dave – even though Tom wouldn’t let him go everywhere Dave went! 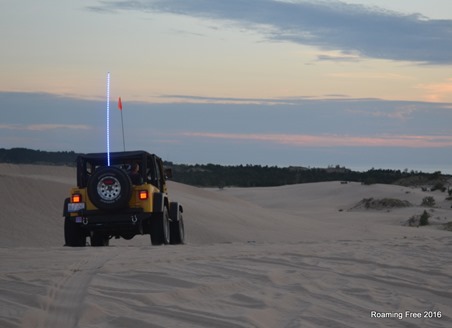 Bryce wasn’t allowed to play in the puddles! 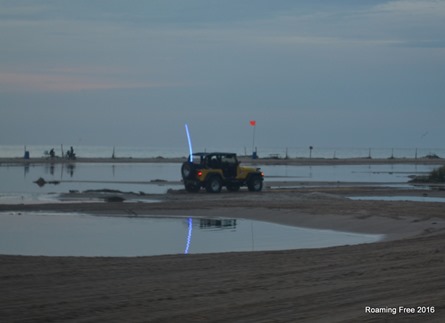 From the beach, we could look back and see the trucks lined up on Test Hill. 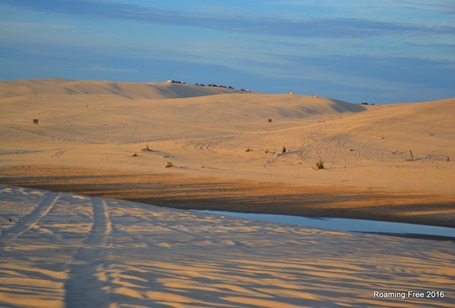 The DNR was on watch from there, too. 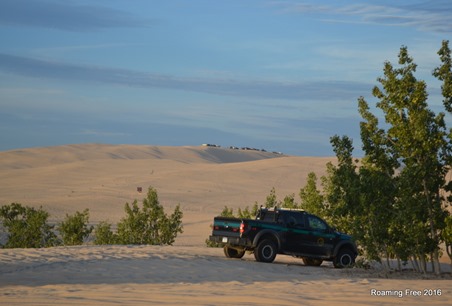 For a Friday night, it was really quiet up there, although there were a couple of sunset tour groups (Haddie called them ants, because of the way they travel in a line), 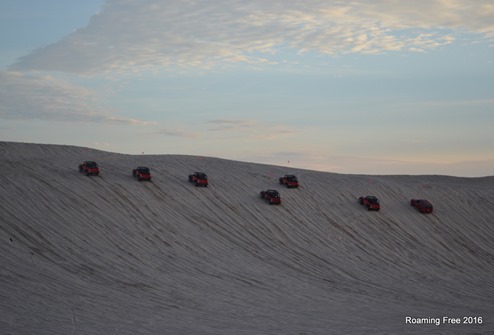 dirt bikes jumping the new hills that had been formed by the winds we had during the week, 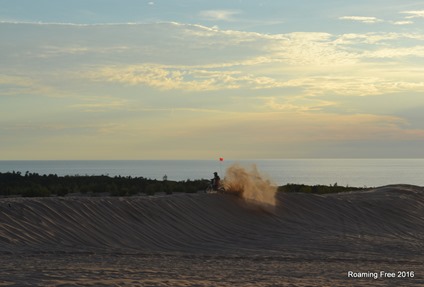 and a group of sandrails racing around on the open sand. 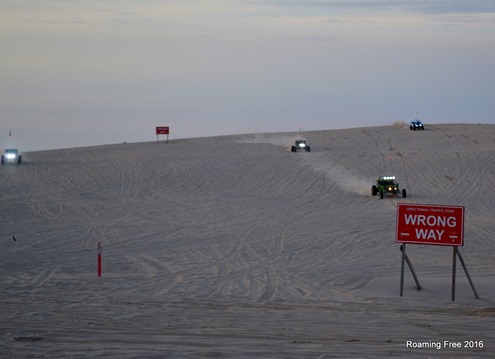 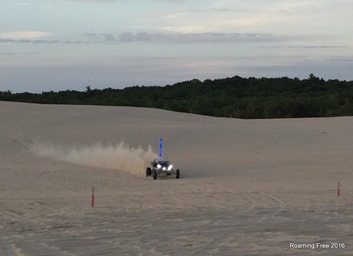 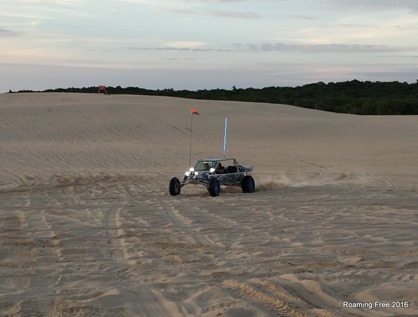 They looked like they were having a lot of fun! 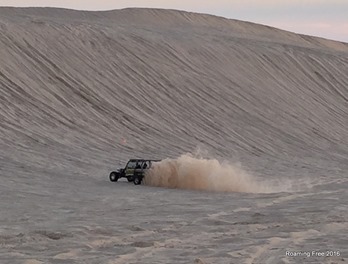 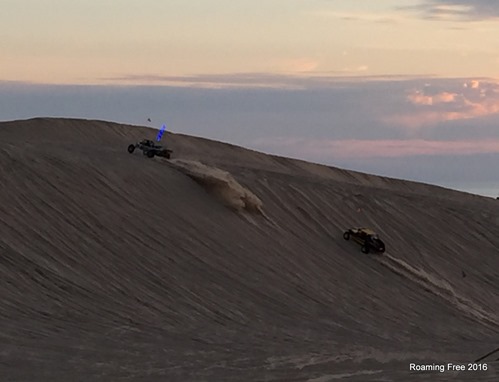 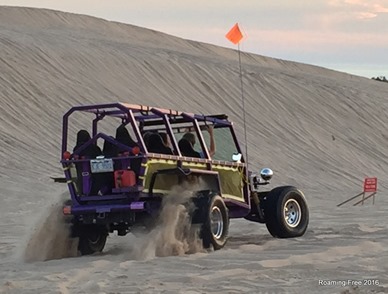 As we drove around, we had several vantage pints for watching the sun set over Lake Michigan. 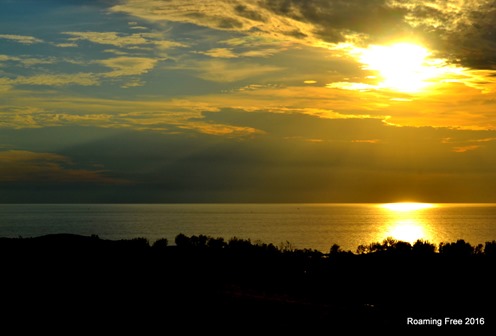 The sky was beautiful, and it was a spectacular sunset even though a big cloud moved in just in time to block the view of the final moments of the sunset. 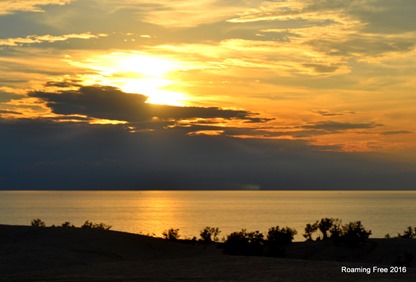 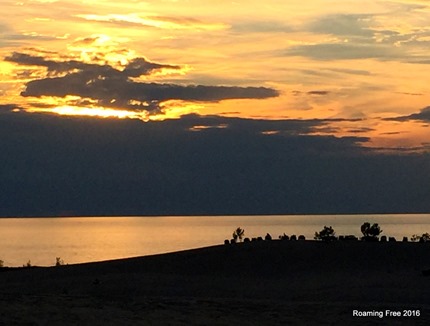