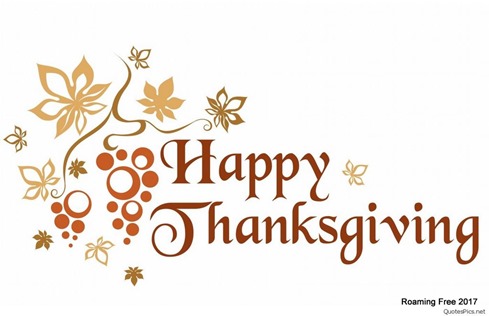 Tom thought the campground dinner was enough of a Thanksgiving celebration, but Nicolas was off for the actual Thanksgiving holiday (and Friday and Saturday!), and I wanted to make my own dinner . . . so I bought a turkey!  It was just going to be the three of us, so it was a fairly low-key dinner, but delicious.

Nicolas had duty on Wednesday, so he got home early Thursday morning.  While he and Tom finished up a few little projects at his camper, I made some cookies, 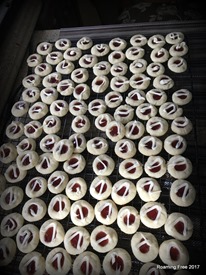 and got the turkey ready to go into the oven as soon as the cookies were done. 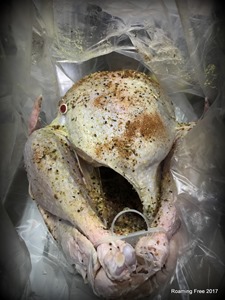 With the turkey roasting in the oven, I got to work on an apple pie (Nicolas’ favorite) for dessert. 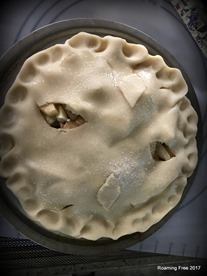 In the meantime, Nicolas came back and it soon became evident that he didn’t get much sleep the night before! 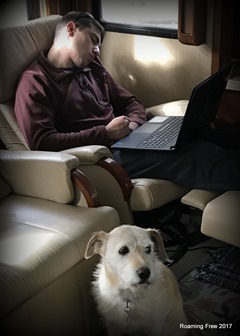 I took his computer and sent him to my bedroom, where he slept until it was time for dinner!

Soon enough, everything was done and it was time to eat! 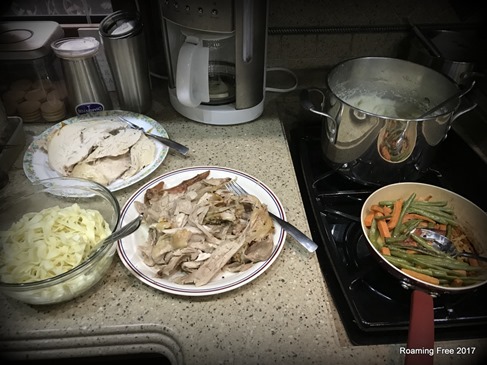 YUM – It was a delicious dinner! 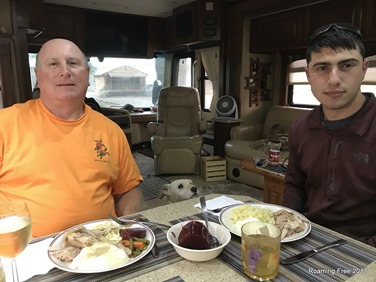 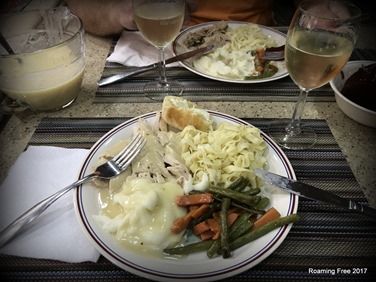 Meanwhile back in Michigan,  Bryce was celebrating with my family, 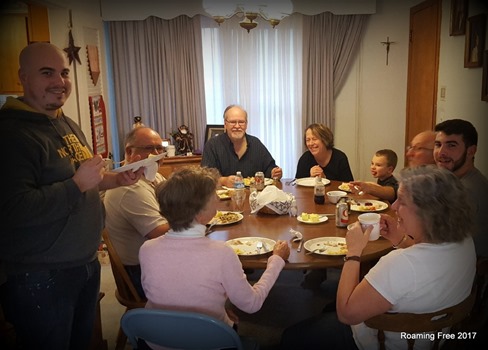 and my great-niece, Emma, was enjoying her first Thanksgiving with real food! 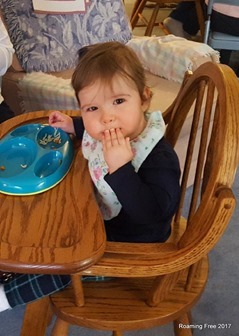 After getting cleaned up from dinner, we had time for a little rest while Nicolas went home for a shower . . . then it was time for some shopping!

We were treated to a beautiful sky as the sun went down for the evening. 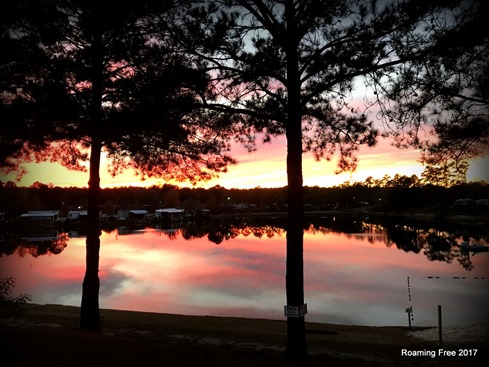 Nicolas has had his LG G4 phone since Black Friday two years ago, and he’s hated it almost that entire time.  He was ready for a new phone -- he wanted to try an iPhone, and we determined that Walmart had the best deal on them . . . beginning at 6pm on Thursday.

We arrived at the Walmart in Suffolk shortly after 6 to find a completely full parking lot!  Wow – lots of people out shopping on Thanksgiving!  We made our way though the chaos to the Electronics counter, only to find that they were out of the iPhone 7, which was the model Nicolas wanted.  So, we left there and continued on to Newport News and another Walmart.  This one was also very crowded, although slightly less chaotic due to the plan in place by Walmart staff, and the multitude of extra people they had on hand.  After being grilled about the item we were looking to buy in the Electronics Department, we were allowed to enter and get in line to sign up for a phone appointment.  When we reached the counter, Nicolas was pleased to hear that they did still have several of the iPhone 7, and he was given an appointment for 5pm on Friday.  On our way out of the store, we picked up a 9.89 griddle for Nick and a 9.89 coffee pot for Tom and I.  Our Thanksgiving shopping was complete.

Our reason for driving to Newport News was that Nicolas had heard that their Christmas light display was one of the best in Hampton Roads, so that was our ultimate destination.  It happened to be just down the road from Walmart! 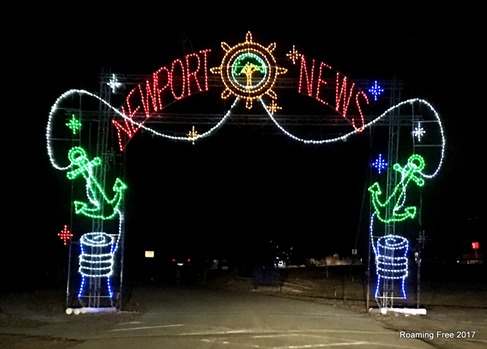 The light show was a lot less crowded than Walmart!

It was a good show, 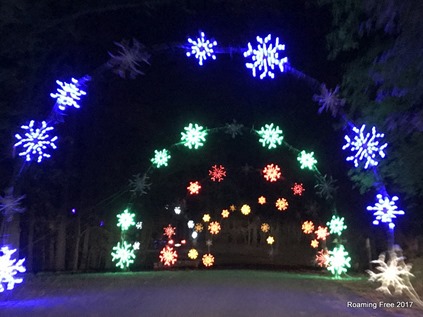 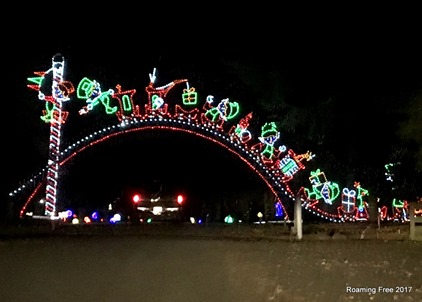 and they had some really interesting light – a beautiful forest of multi-colored trees, 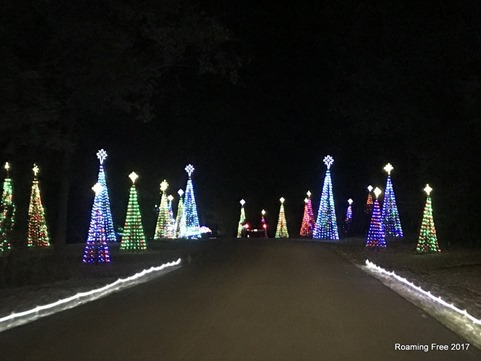 icicles dripping from the trees, and lighted balls hanging from trees and sprinkled across the lawn. 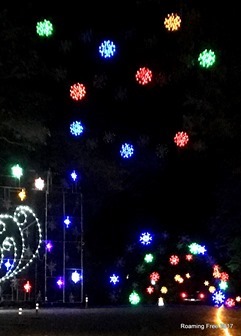 Santa greeted us as we entered Santa Land, 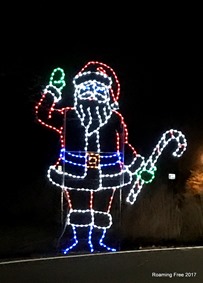 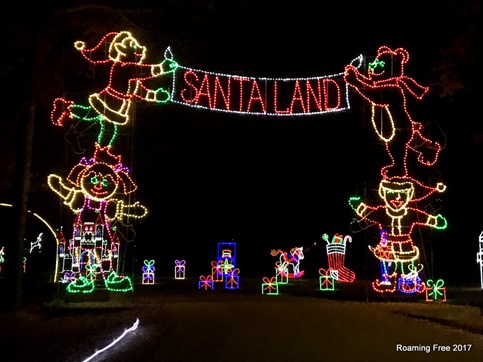 complete with the Candy Cane Company and Santa’s Workshop. 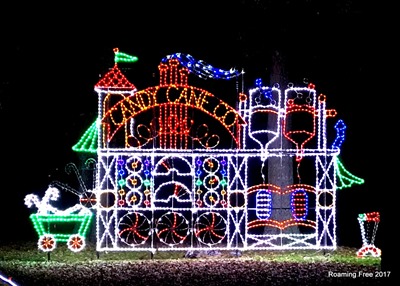 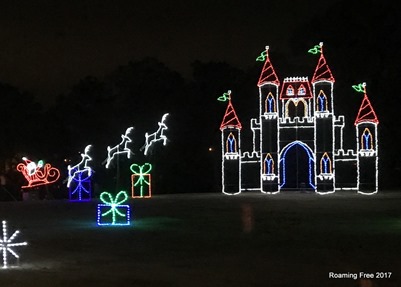 It was a nice show, worth the $12 cost per vehicle, 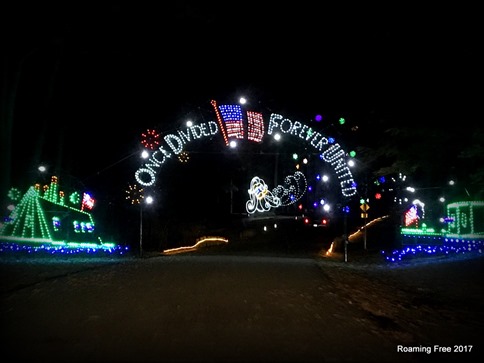 and not nearly as crowded as the one we went to last year at St. James Island in Charleston . . . not quite as elaborate, either, though.

It was a nice way to finish off our Thanksgiving celebration . . .

but wait, we still had pie at home! 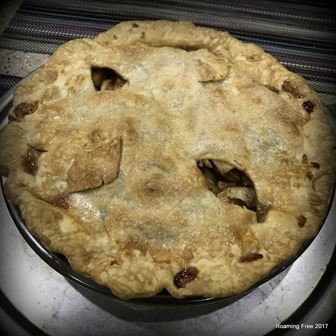 Email ThisBlogThis!Share to TwitterShare to FacebookShare to Pinterest
Labels: Virginia