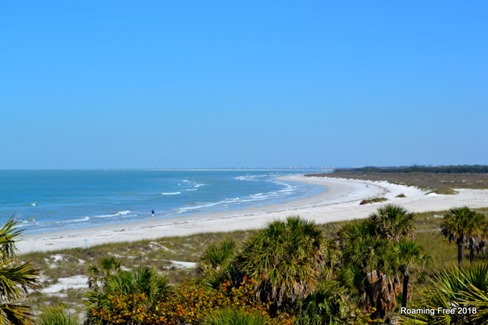 Another week went by, and we were ready for another new biking excursion.  Bill and Linda had bikes at Ft. DeSoto before and really liked it, so we made plans to go there on our last Friday in Bradenton.

Fort DeSoto is a Pinellas County Park, across the Sunshine Skyway Bridge from us in Bradenton.  There’s a campground there, as well as beaches and fishing piers on both the Gulf side and Bay side, and miles of biking trails. 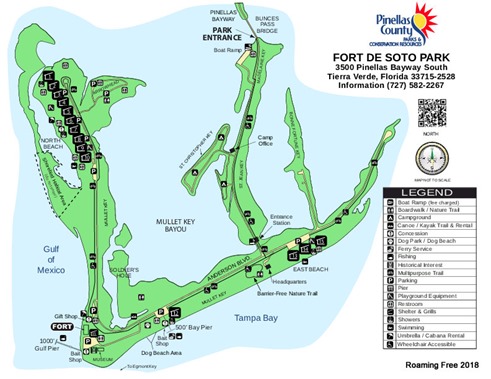 We headed out early on Friday morning, crossing the bridge, 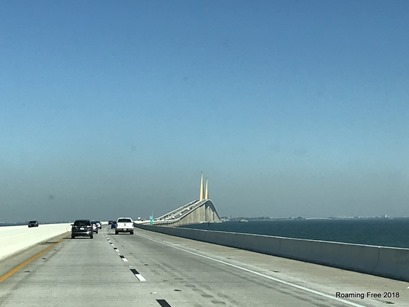 and met up with Bill and Linda at the Fort parking lot.  We got the bikes off the Jeeps, and did a little exploring around the Fort first. 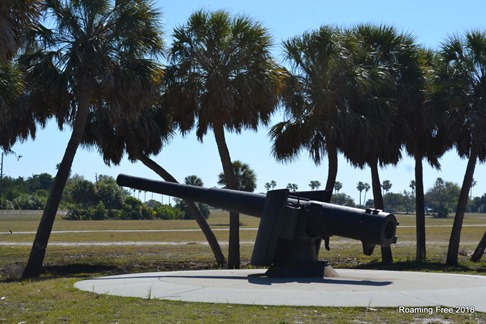 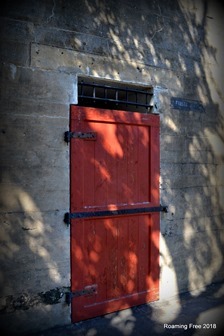 Fort DeSoto was an active fort during the Spanish-American War, protecting Tampa Bay from the Spanish. 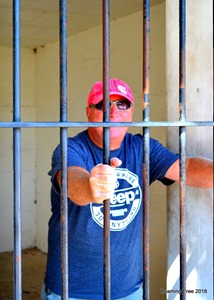 Artillery storage built into the hill overlooking the Gulf of Mexico at the entrance to Tampa Bay. 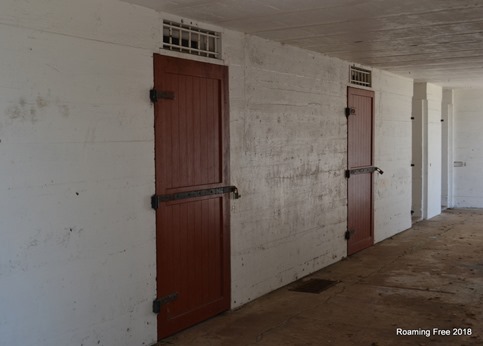 After exploring the Fort, we got on our bikes and started along the bike path.  We rode east from the parking lot, past the Museum and rode through the campground loops.  The campground is really nice – I can see why it’s really popular.  The sites are large, and many of them overlook the water.  They have water & electric hookups only, but are very nice.

From the campground, we continued on past the East Beach to the end of the trail, where it overlooks Tampa Bay and the Sunshine Skyway Bridge. 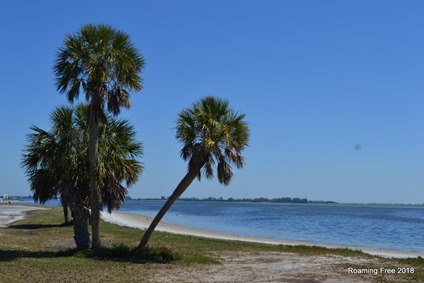 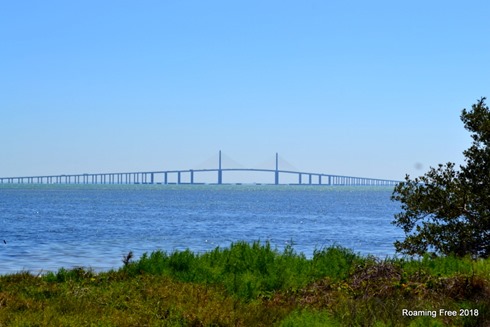 We took a little break, enjoyed some snacks, and then rode back toward the North Beach.  The wind was behind us in this direction, and gave our pace quite a little boost!

The beach looks like it sustained a little hurricane damage this fall, 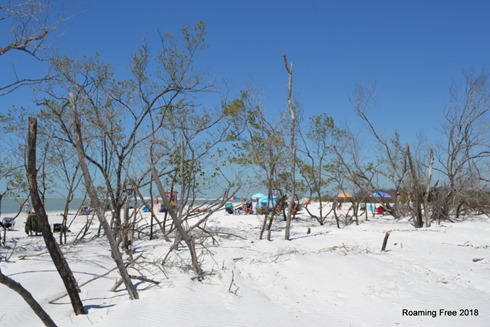 but the sand was soft and the water was crystal clear blue! 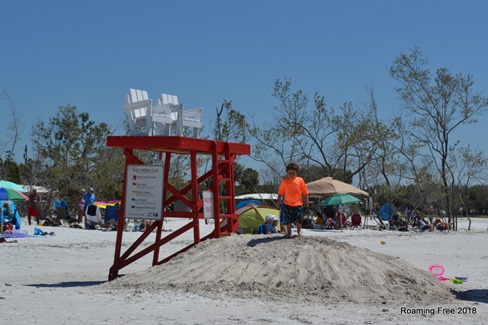 We walked along the shore, and saw lots of people with large collections of sand dollars. 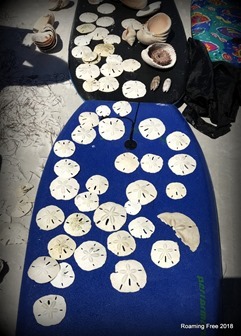 We talked to the people who had collected these (they were from Mchigan – small world!), and they said that you just had to get out to the sand bar, and along the outer edge there were hundreds of sand dollars just laying there, on the sand! 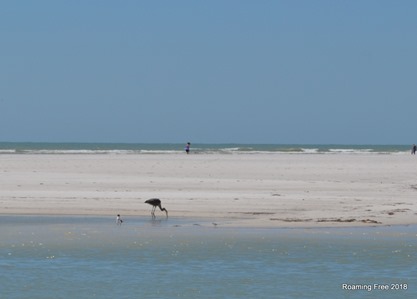 The sand bar didn’t look too far away, but there was a bit of a current running between the beach and the sand bar.

We saw lots of kids swimming across! 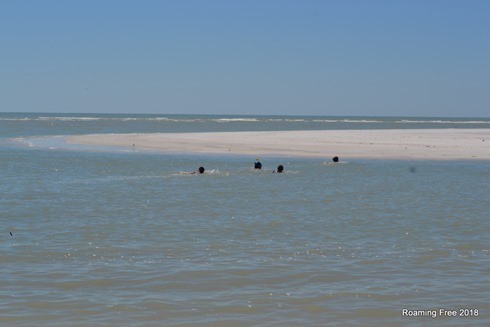 We would have loved to cross and get our own sand dollars, but none of us had packed swimsuits!  Tom was tempted to go anyway!

We talked to a group of college kids that had just swam back across to the beach, and they showed us their collection of sand dollars and even shared a few with us – nice kids! 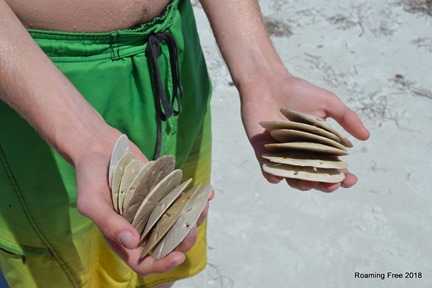 It was a nice beach, and we were tempted to come back another day.

On the way back, the Great Blue Heron had given up on catching his own fish on the sand bar, and was hoping to score a treat from some fishermen! 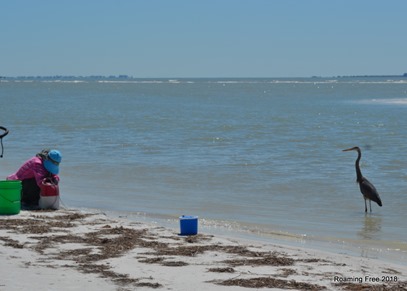 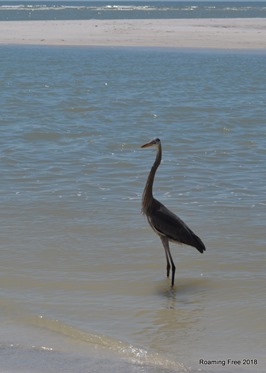 We got back on the bikes, and rode back to the Jeeps, for a total of about 13 miles for the day.  Not bad!

Before leaving the park, we took a walk on the Gulfside Pier. 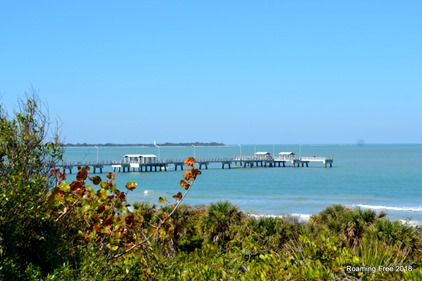 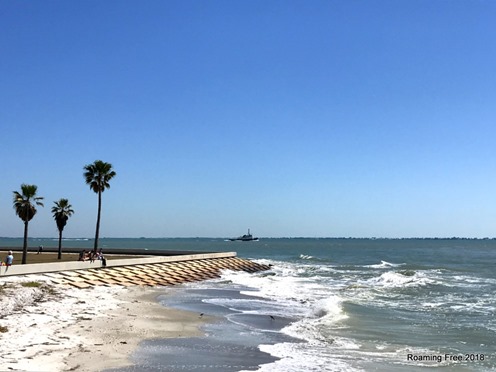 There were lots of people fishing on the pier . . . and plenty of birds waiting for opportunities for food! 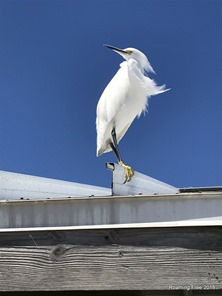 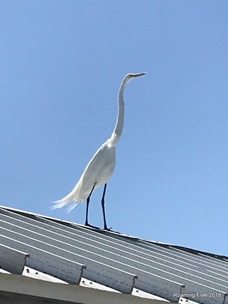 We watched the guys on this fishing boat cast their net around the pier – they were looking for bait fish. 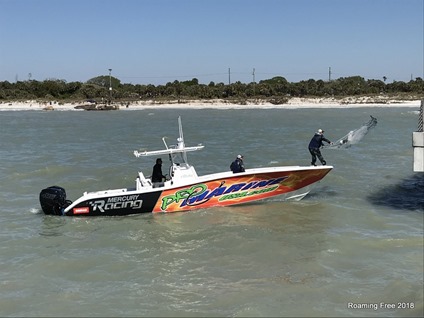 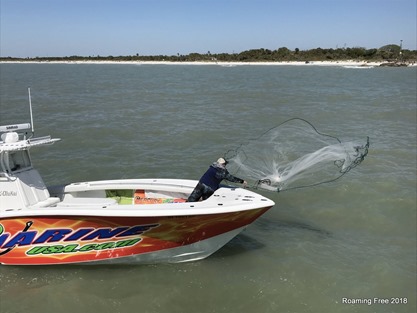 Bill & Linda headed back to the RV Park then – they wanted to get back in time for the Bon Voyage dinner – but Tom and I had dinner in St. Petersburg before heading back.

The sun was shining on the Sunshine Skyway Bridge as we crossed back over it! 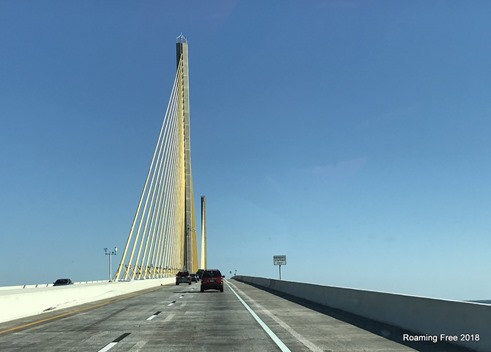 It was a wonderful day, and another great biking excursion!