A couple of nice afternoons in Franklin and Dillard 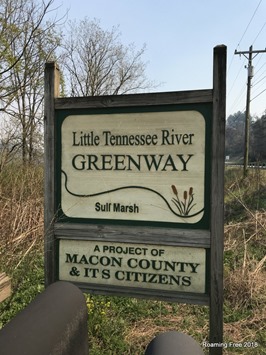 By mid-week the weather had become perfect – we were having afternoon highs in the low 70s and lots of sunshine – beautiful! 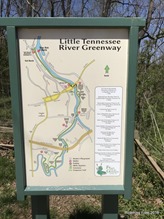 Kris had told us about the Little Tennessee River Greenway bike path, 5 miles end-to-end, following the river . . . mostly flat . . . mostly.  Since the bikes were still on the Jeep, we decided to check out the trail one afternoon.  We parked at the north end and hopped on the trail. 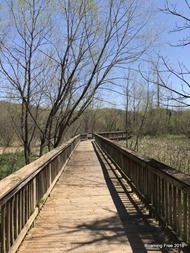 It started with a short boardwalk through the  marsh, and then changed to asphalt path along the river, 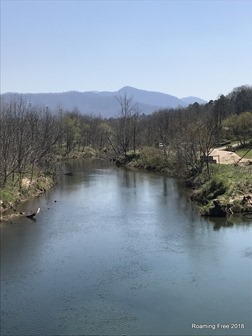 with a view of the mountains in the distance.

It’s a nice path, with just one little confusing area in town – and that’s only really confusing because the bridge that the trail is supposed to go under is under construction.  We had to ride across the bridge, then cross the street, then pick the trail back up behind a strip mall.  With a little help from a local, we found it!

We crossed back & forth over the river several times, on several different bridges. 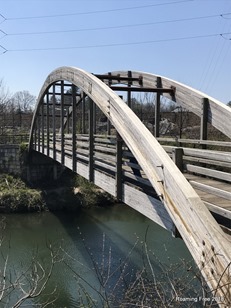 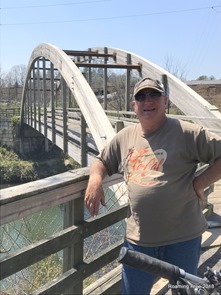 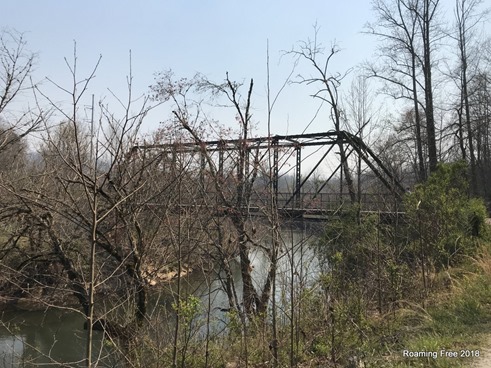 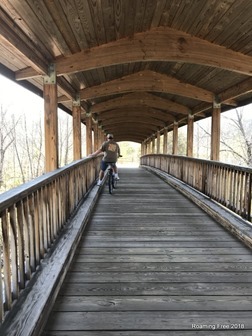 This last one – a covered bridge –was really pretty!

For the most part, the trail stayed flat along the river, the the only real hills being the approaches to the bridges . . . but not quite as flat as Florida!

When we neared the south end of the trail, it suddenly climbed a big hill, and then went down the other side, back to the river.  Whew – that was a tough climb!

The trail ended with a circle through a meadow alongside the river. 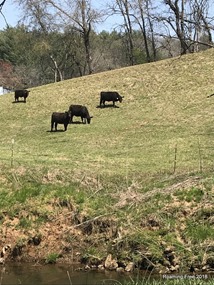 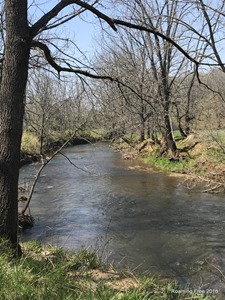 There were benches around the circle, and we stopped for a little break. 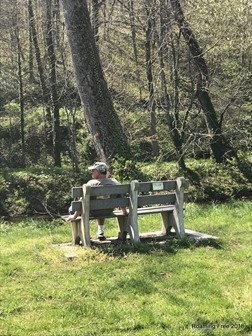 After our little break, it was time to head back the other way.  We weren’t looking forward to climbing that hill again, but as we got close, we noticed a narrow gravel path that stayed along the edge of the river.  We figured we could go wrong by seeing where it went.

Turns out, it connected back to the asphalt path on the other side of the hill – no climb required!  The 5 mile ride back to the Jeep seemed to go a lot faster . . . it was a great afternoon, and felt good to get back on the bikes! 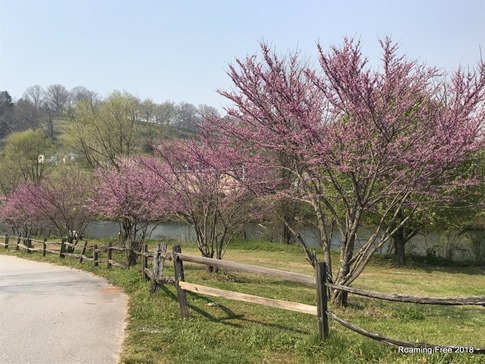 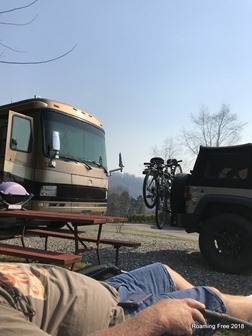 Back home, we relaxed in our recliners outside, soaking in the warm sunshine!

The next day we did a little shopping in Franklin, including a stop at a wonderful little Quist Shop that I found – great shop!

Then we had to try lunch at Caffe Rel – it was highly recommended by several people at the RV Resort, and the ladies at the quilt shop.

So, it’s a French restaurant in a gas station! 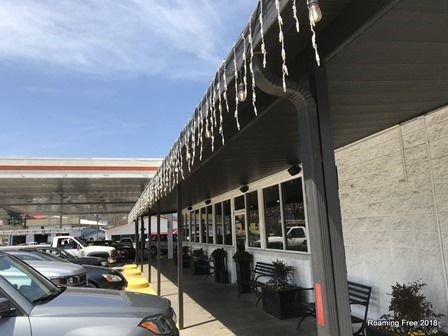 It looks a lot nicer inside – you can’t even tell it’s at a gas station! 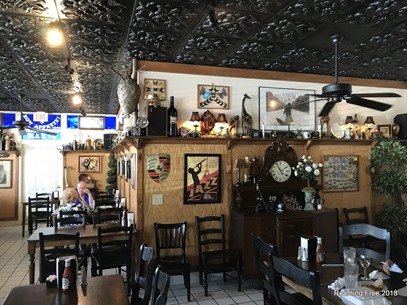 According to the locals, the owner was a chef trained in France, and he worked at some big restaurant in Manhattan; then when we retired, he moved to Franklin and opened this little restaurant at the gas station.  We were pretty impressed with the menu, and the food we tried was really good! 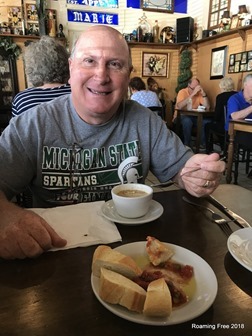 It was very filling, too – we wished we had room for dessert, but there was no way . . . the cakes looked AMAZING! 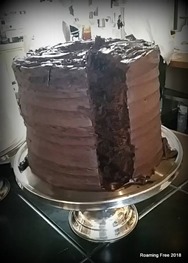 After lunch, we took a drive to the nearby town of Dillard, GA.  When we had driven through on our way into Franklin, and it looked like a cute little town with a nice row of shops on the main street. 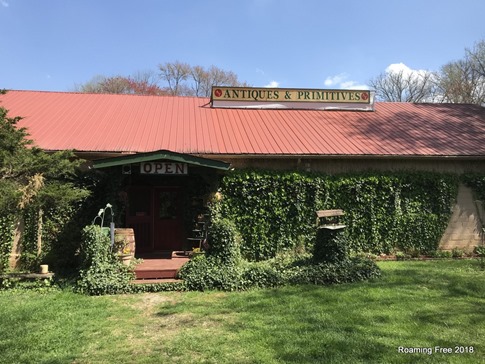 There were a lot of Antique Shops, as well as a few gift shops, and we had a nice afternoon strolling through them. 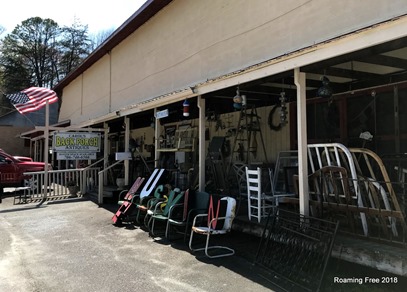 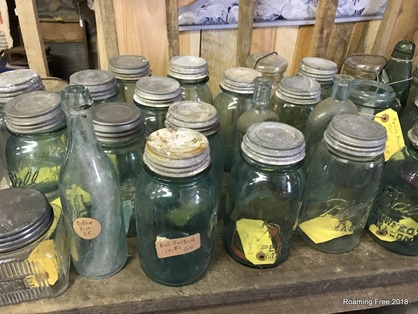 Tom spotted these two old trucks and had to check them out – surprisingly, they weren’t there for show . . . they were being loaded up with furniture!  Still work trucks! 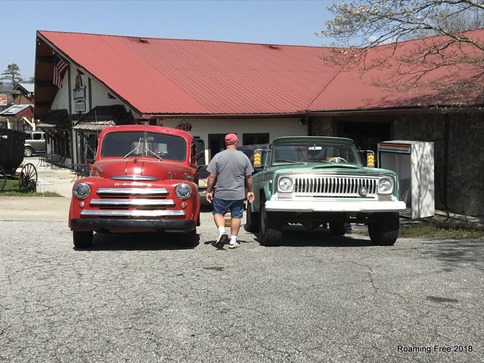 Another beautiful day in the mountains!