Last weekend, the boys wanted to go the the AutoRama to see all the old cool cars.  It's like a big, indoor car show, and Tom's brother had a car entered, so we decided to go.  Tom had to do some plowing in the morning after all the snow we had gotten on Friday, so we got a late start, but we finally made it down there.  Our first stop was Bryce's favorite -- Lafayette Coney Island -- for a quick lunch. 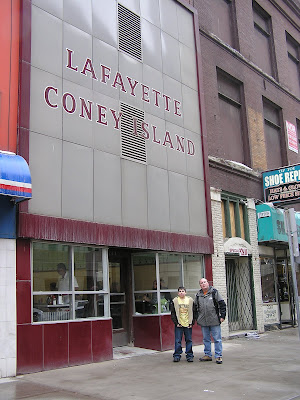 Once inside, we were surrounded by bright lights and shiny metal!  It was difficult to choose our favorites . . . 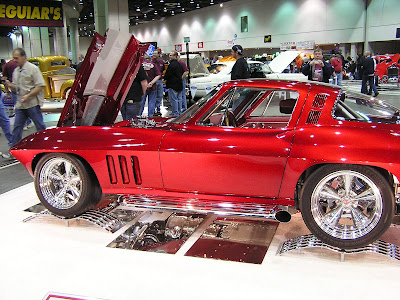 Was it this shiny red corvette, 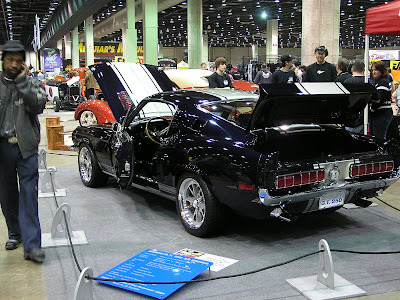 or this Shelby Mustang? 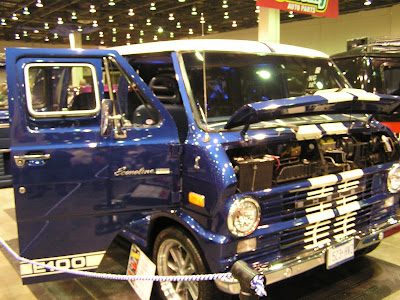 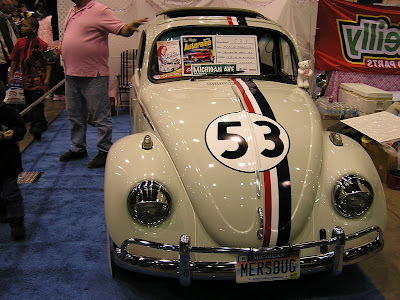 Personally, I favored anything orange, including this Firebird!  I remember my Sister having one just like it when I was a little kid! 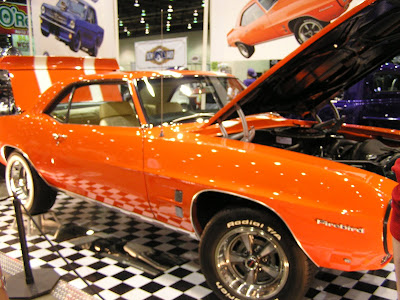 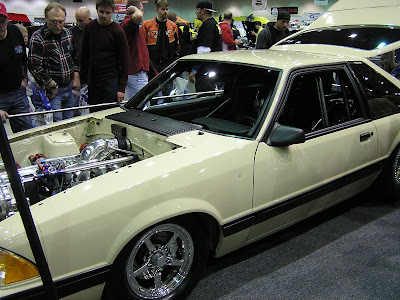 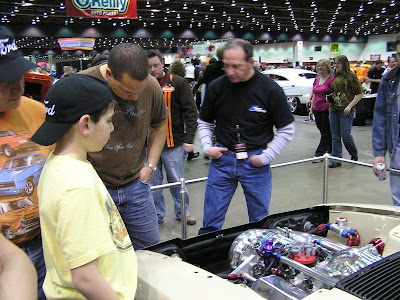 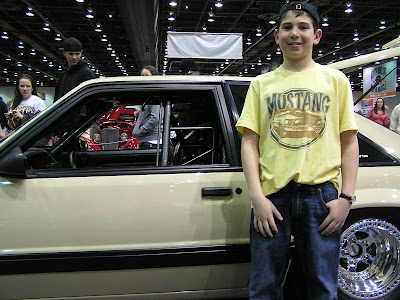 We saw several unusual vehicles, too.  Like this old Ford tractor, 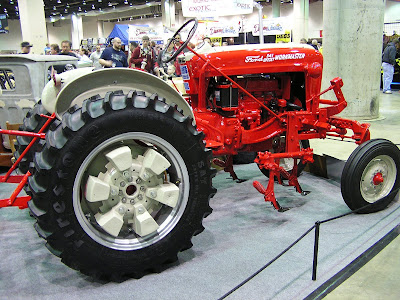 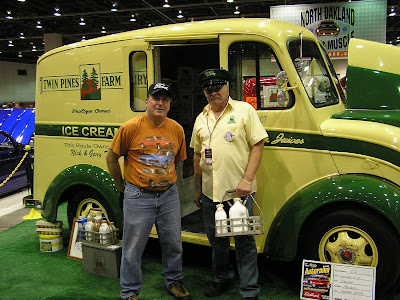 and the Blues Brothers' cop car! 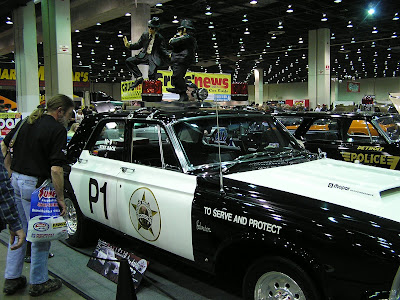 There was also an area of custom bikes . . . 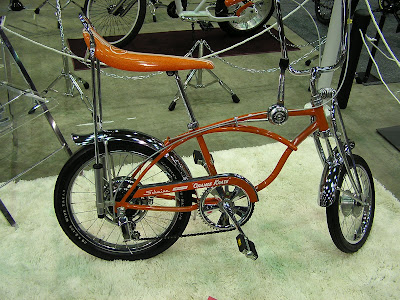 including this Orange Krate!

Tom even found something he could carry in the toy hauler! 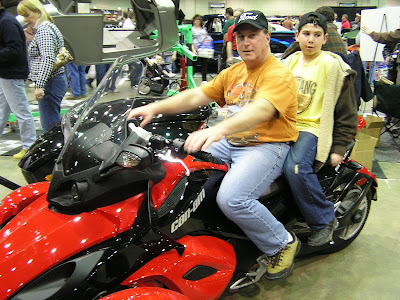 They even had a superstar --  Henry Winkler 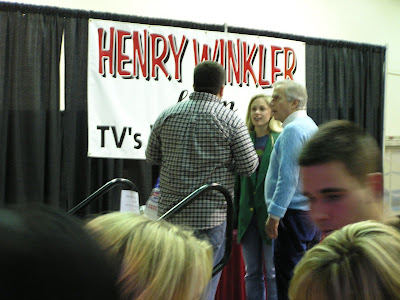 but he didn't look much like "The Fonz" in his corduroys and cardigan sweater!

After a LONG day of walking around looking at cars, we hopped on the PeopleMover and went to Greektown for dinner.  We humored Tom by going to one of his favorite college hang-outs for gyros and flaming cheese. 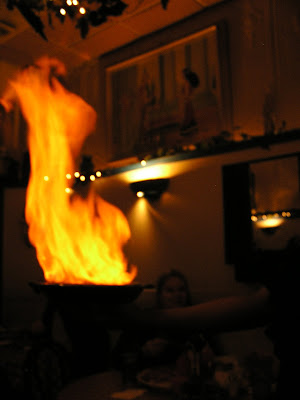 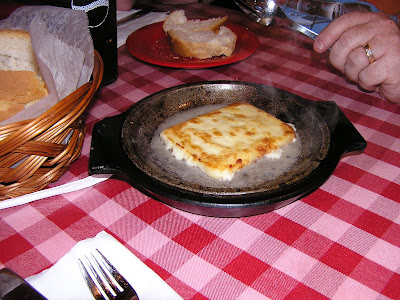 It was a long and tiring day, but we all had a good time!

Email ThisBlogThis!Share to TwitterShare to FacebookShare to Pinterest
Labels: cars