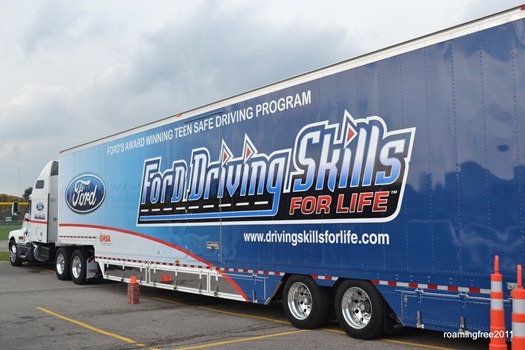 This truck travels around the country, presenting these programs at high schools.

On Saturday, Nicolas attended a teen driving program sponsored by The Ford Fund.  It was a mini version of the half-day program he attended back in the summer at our Test Track.  There were just 12 kids in a 40-minute session.  They started with an introduction to the program, and a description of the two scenarios they would experience. 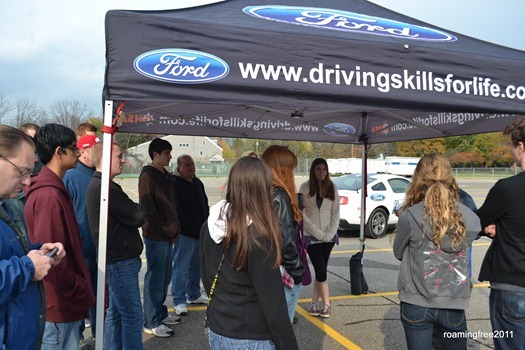 The teens listen intently to the instructor as he describes the program they are going to experience.

The two situations the kids would experience were distracted driving and reacting to a rear-wheel skid.  In the distracted driving course, the kids followed precise directions to navigate around a small course, and then had to repeat that same course while attempting to text a message on their phone. 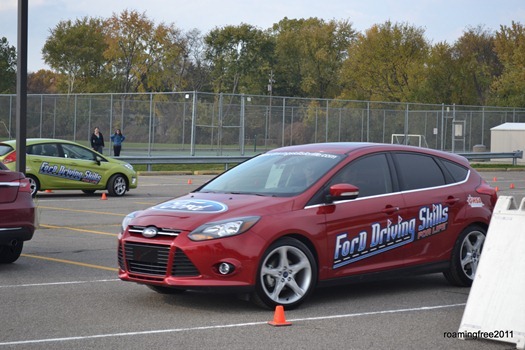 The intent of this exercise was to demonstrate to the teens that there was no way they could be successful at all three objectives – navigating the course without hitting cones, maintaining the required speed, and texting the requested message – they would mess one of them up.  And they all did . . . even Nicolas . . . he was able to maintain the required speed complete the text message, but he flattened a few cones!

The other situation was the rear-wheel skid, in a Mustang that had been set up to skid very easily. 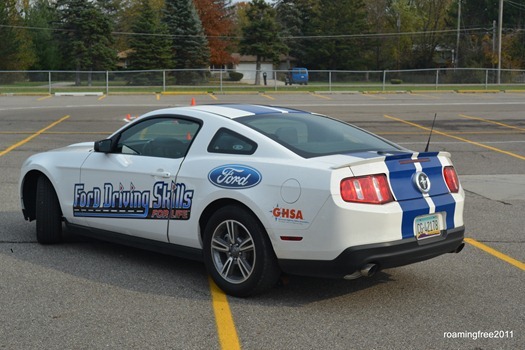 The Mustang was definitely the favorite car of the teens!

The kids drove around an oval course, and when they reached the correct speed, the car would skid in the corners.  The instructor explained to them how to steer out of the skid, and how to keep their eyes on where they wanted to go, NOT where they did not want to go.  Nicolas was anxious to get behind the wheel on this one, and he did really well.  Most of the kids were tentative at first, not going fast enough to get into a skid, but not Nick . . . he was skidding from the very first lap! 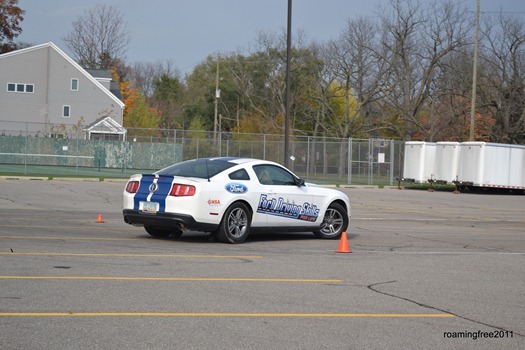 Even though it was just a mini-session, Nicolas enjoyed it, and got some good experience.  All the kids seemed to like the session, and one girl even ran up to her dad after getting out of the Mustang, and said “Let’s buy a Mustang!”  That’s another side benefit of this program – exposing these teens to new and exciting Ford cars may turn them into future customers!