Merry Christmas to all of our blogging friends! 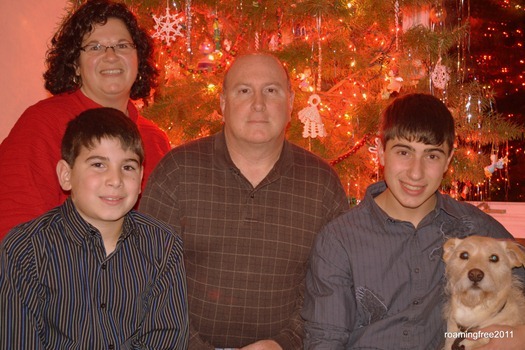 December was pretty busy with shopping and wrapping and baking . . . followed by all the celebrations . . . and now we’re finally settling down and getting a little rest!

Christmas Eve started with a morning baptism for my niece's baby, Jaxon. 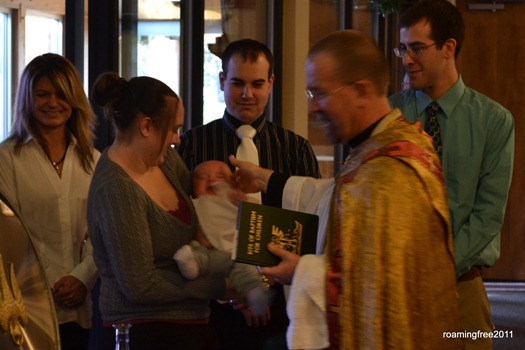 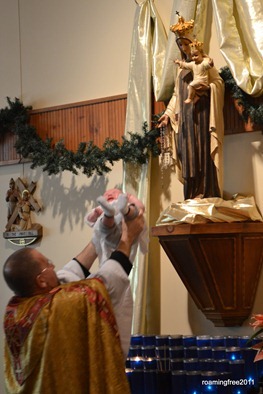 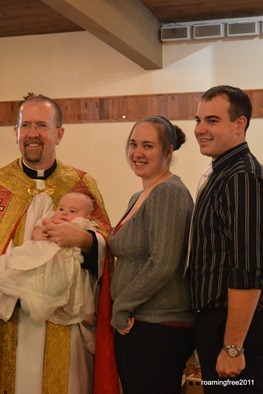 After some coffee and cookies at my sister’s house, Tom & the boys and I rested up for awhile at my Mom’s house and got some things ready for dinner.  After mass, everyone gathered at Mom’s for dinner and presents.

Bryce got to know his new baby cousin, 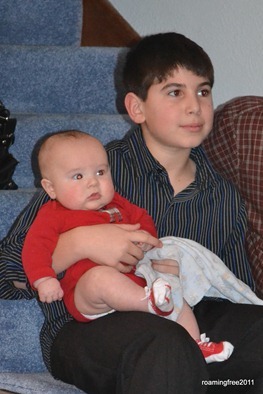 and Tom got in his “baby fix”! 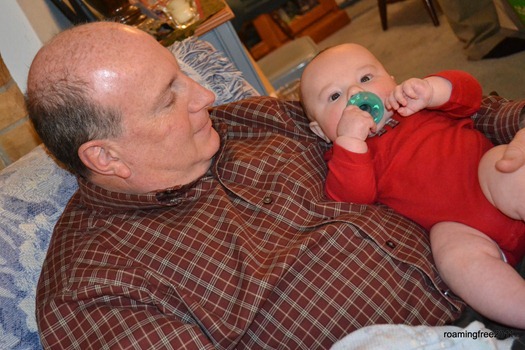 He’s a little sweetie, and he adapted to all the new people holding him pretty well!

My sisters and I made a quilt for my Mom, and she was surprised . . . even though she was with us when we bought most of the fabric – and even helped pick some of it out! 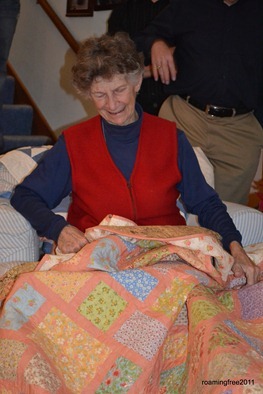 Christmas morning at our house was pretty relaxed – now that the boys are older, we’re not having to get up so early in the morning!

They still love to open presents, though! 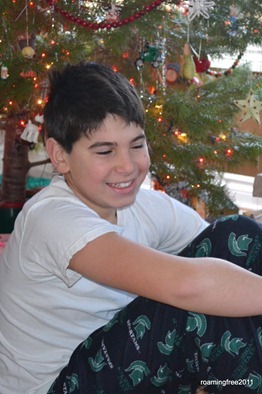 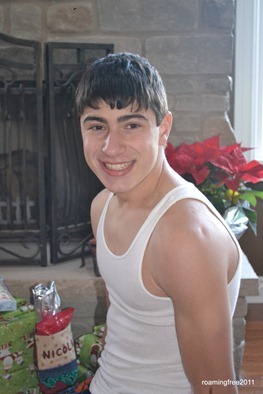 Nicolas has been asking for a belgian waffle maker (the rotating kind that many of the motels have in their continental breakfast area) for 2 years now – and he finally got one from his Aunt Diane & Uncle Danny.  He was SO happy . . . and we had belgian waffles for Christmas breakfast! 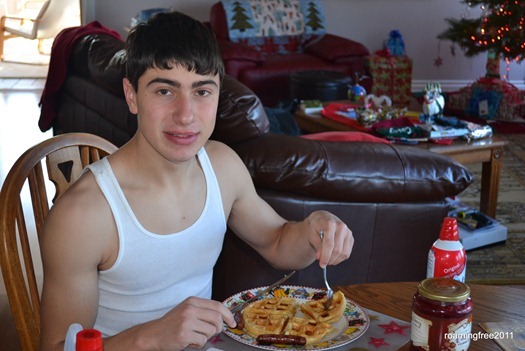 Later that afternoon, we joined the rest of Tom’s family at his brother & sister-in-law’s house for more presents, and a delicious prime rib dinner. 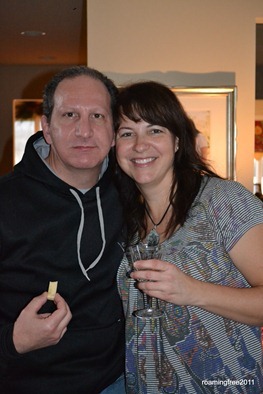 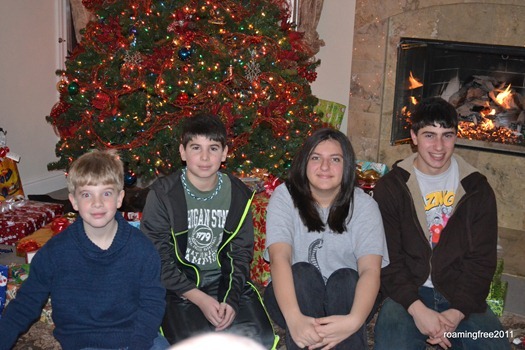 the cousins waiting for presents

We enjoyed all of the Christmas festivities, and now we’re looking ahead to the new year . . . hoping it brings some changes for us!  We’ve got the house off the market for now, but will put it back on in the spring, unless something happens in the meantime . . . we’ve got a couple of potential prospects that we’re keeping an eye on!

We’re still working on thinning out the “stuff”, but for a few months we’re adding a ping pong table to the lower level – it gives the kids something else to do besides the XBox! 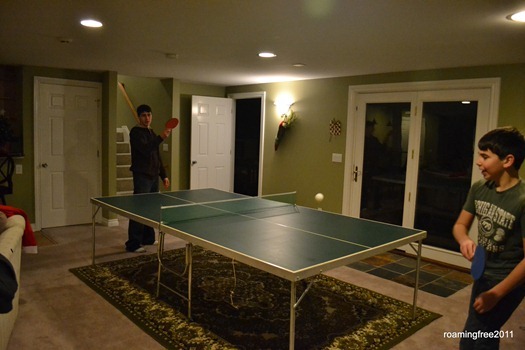 Hard to believe it’s been sitting in Tom’s parents’ basement, unused, for 20 years or more! 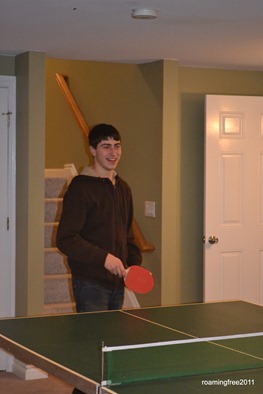 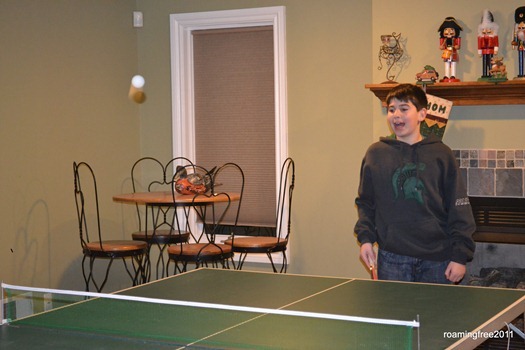 The boys are having lots of fun with it – all 3 of them! 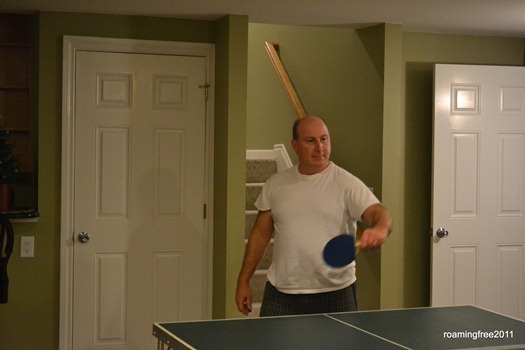 That’s all we’ve got going on right now – hopefully 2012 will be the year that we join all our RVing friends on the road!  Happy New Year!