All of the State Park Systems in America were hosting and promoting “1st Day Hikes” at their parks in order to encourage families to get outdoors and enjoy some healthy activities together.

Here at Lovers Key State Park, we were having a 1st Day Hike . . . “Take a Walk on the Wild Side” with Ranger Brian. 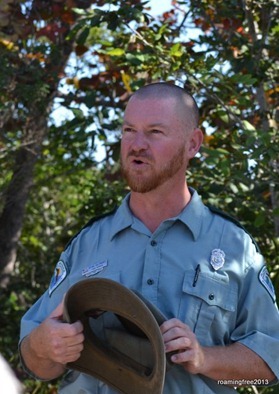 Anticipating a large crowd, we volunteered to go along with him for “crowd control”.  I got the job of photographer, juggling 2 cameras, and took a bunch of pictures - for myself and for Brian.

The group gathered in the Butterfly Garden at the beginning of the Black Island Trail. 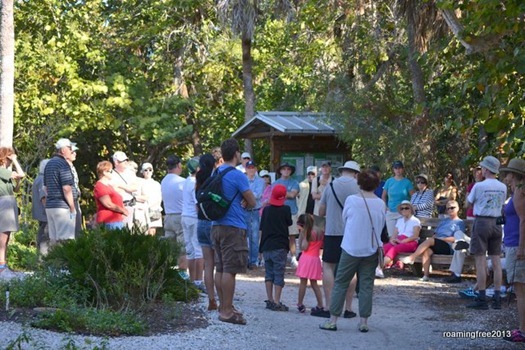 The first plant that Brian introduced the group to was poison ivy.  He explained that it is able to grow 365 days/year in Florida, therefore it is extremely potent, and even gives itself a rash!  I made sure to tell Nicolas to stay FAR away from it!!!

Down by the little fishing platform on the canal, Brian explained that Lovers Key started out as a planned housing development in the 60s, until the neighboring communities put a stop to the development, and the state and county ended up buying the land to make it a park. 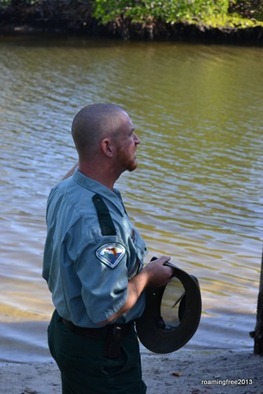 By the time the state got the property, the entire canal system had been dredged out and the land bulldozed and built up so that it could be used for waterfront housing.

In the 40+ years since then, the estuary has completely rejuvenated itself, and between the mangroves on the canal and the sea oats on the beach, the canal system is able to maintain itself at a sustainable level.

Continuing on, we learned about more native plants, naturalized plants (those that have been brought here naturally and are able to co-exist peacefully with the native plants), and invasive species. 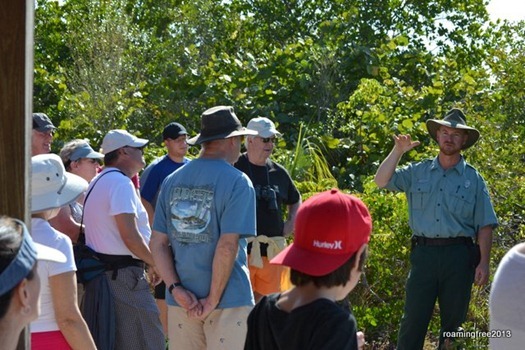 With a group this large, you are pretty much guaranteed NOT to see any wildlife along the trail, 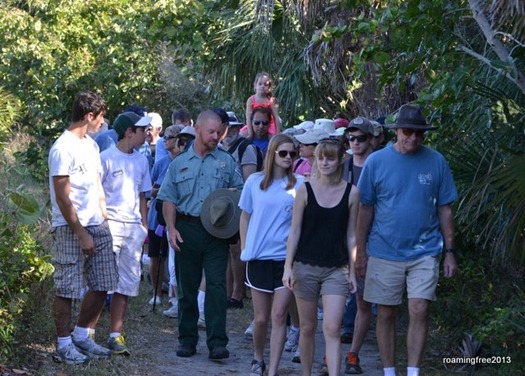 although there we a few gopher tortoises that were not too shy.  Large groups don’t seem to bother the birds too much, either, as there are always some flying over.  This wood stork was hunting over the canal. 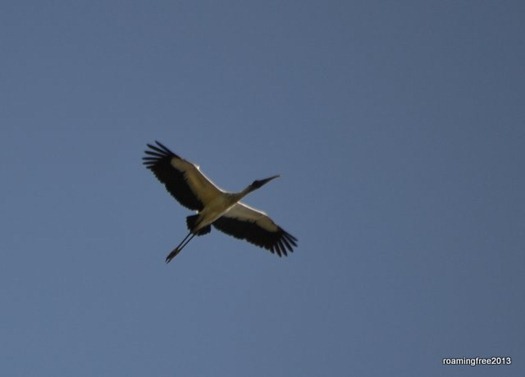 We see these trees with the peeling red park all over the property, and have wondered what they are. 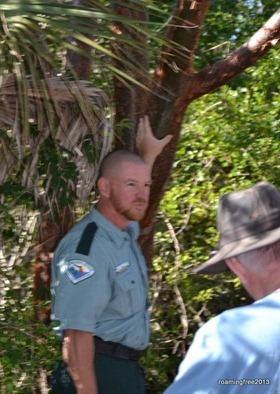 I can’t remember what the name of it is, but Brian joked that the Rangers refer to them as “tourist trees” – because they begin to peel when exposed to the sun!

Another interesting tree that we learned about is the Strangler Fig.  These trees grow roots from seeds that are in bird droppings, starting at the top of a host tree and growing down to the ground, wrapping around the host as they grow.  Palm trees are often the host for a strangler fig, and are not damaged in the process because they grow UP much faster than they grow OUT, so they do not get strangled. 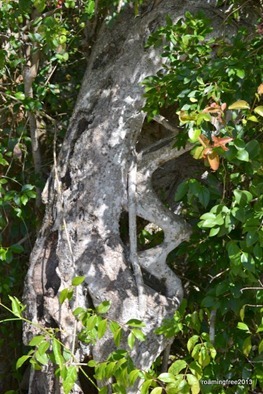 Near the end of the hike, we passed by “Shell Island”, 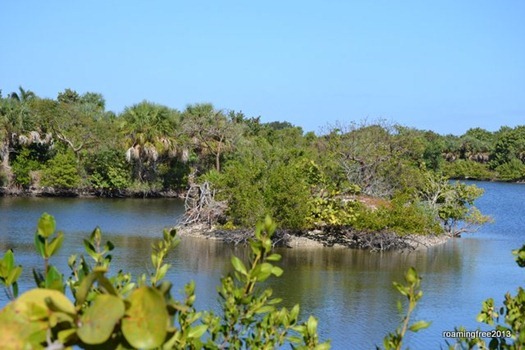 which is a common hangout for one of the alligators that calls the park home.  We didn’t see it there today, 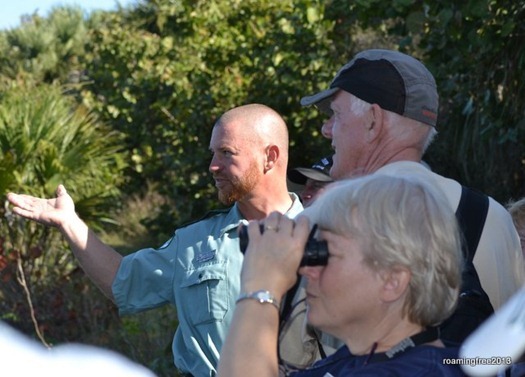 but the kids have seen it out there once – although every time they bring me out to the trail with my camera, it’s not there!

The last portion of the hike took us through an area that we had already been in, so some of the group departed to continue on their own, but a few remained with us, asking questions as we made our way back to the butterfly garden. 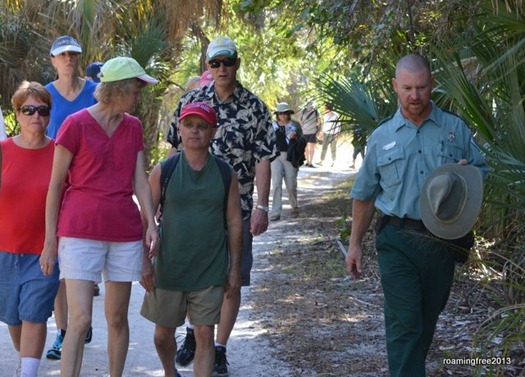 It was a pretty easy, yet informative, hike – covering about 1 mile of the 2.5 mile Black Island Trail.  Nicolas and Bryce looked tired when we got back . . . not sure why . . . maybe it was just the late night we had last night! 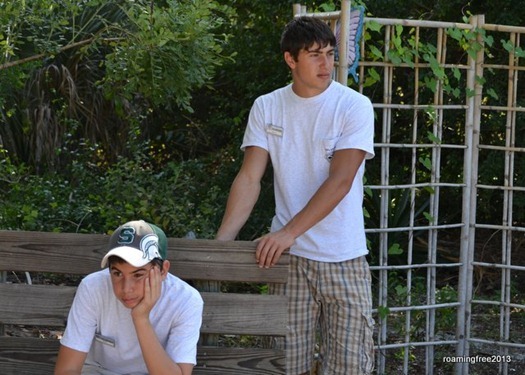