Originally, when we were thinking about where to stop in Louisiana, I had no real interest in visiting New Orleans.  We heard some really nice things about Bayou-Segnette State Park, though, so we decided to make this our Easter weekend location.

Saturday was the day we designated to visit the French Quarter.  We had heard from numerous sources that the best way to get downtown as to take the Algiers Ferry across the Mississippi River, leaving the car on this side and walking around the French Quarter.  Nicolas and Bryce were familiar with the ferry from an episode of “Top Gear” and were excited to retrace the steps of their favorite “car guys”. 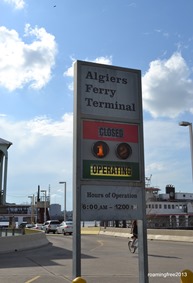 We made our way to the Ferry Terminal, and found a spot to park on the street.  There were plenty of other cars parked along the street, so we were pretty confident that the car would be just fine.

We made our way into the terminal, 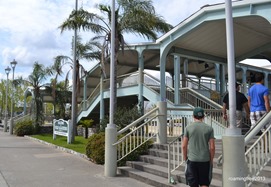 and waited to take our FREE ride across the river! 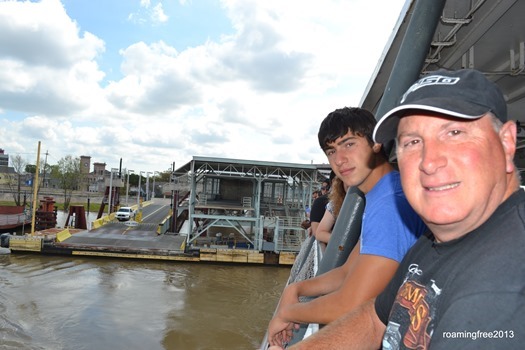 We had a great view of the city as we approached. 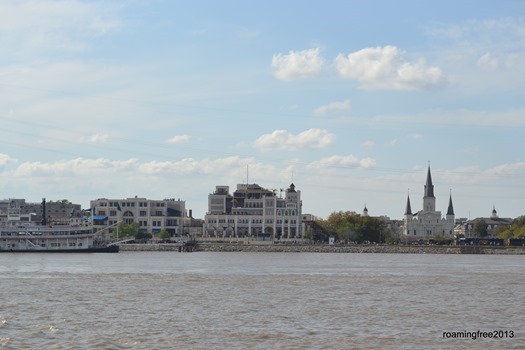 After some initial confusion, and a somewhat shocking protest group, 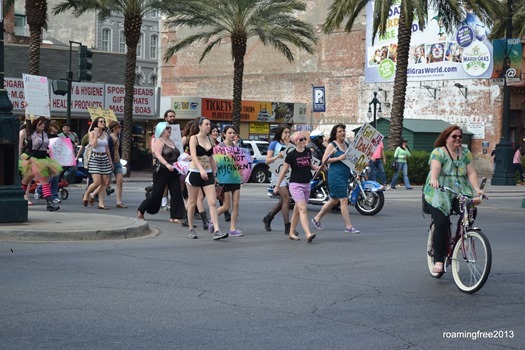 we got our bearings and began to explore the streets of the French Quarter.  I really enjoyed the contrasts in architecture – the mixture of old and new, 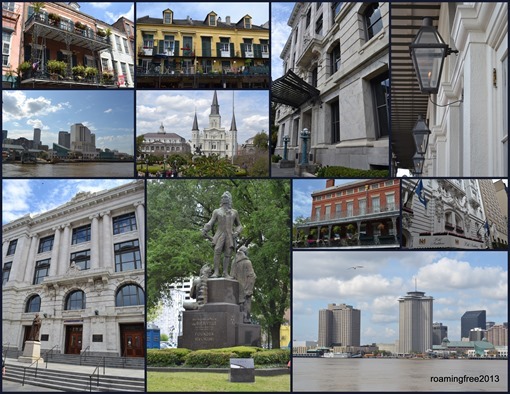 and Tom’s favorites were the street musicians and other characters we saw! 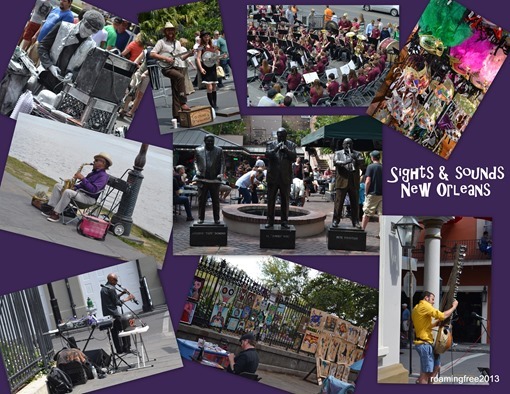 Overall, I was impressed by the French Quarter.  The “normal” streets, like Chartre and Royal, 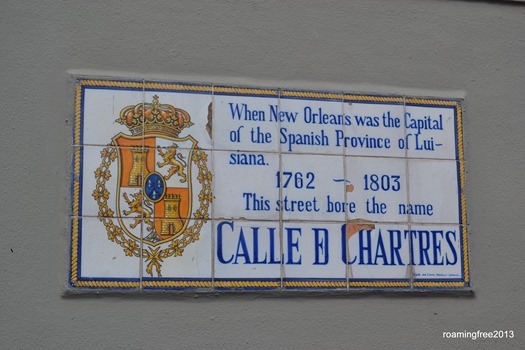 were interesting and entertaining, and felt completely safe – especially in the middle of the afternoon!  There were some great little shops, and if I still had a house, I would have been SO tempted to do some serious shopping!  But I don’t, so we didn’t buy anything . . .

We really enjoyed Jackson Square – the garden in front of St. Louis Cathedral, 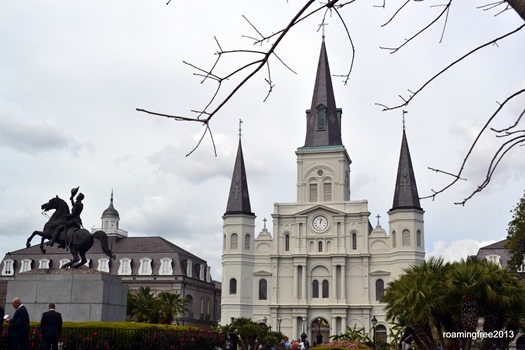 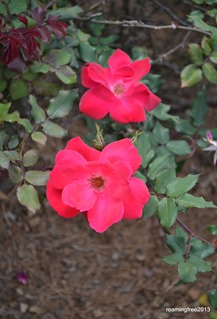 which is surrounded by various artists selling their merchandise, and the row of carriages waiting to take people on a tour of the city. 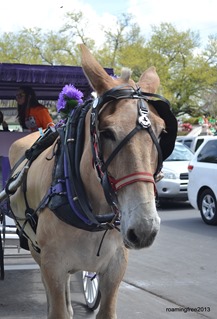 Right across the street from Jackson Square is the Riverwalk, 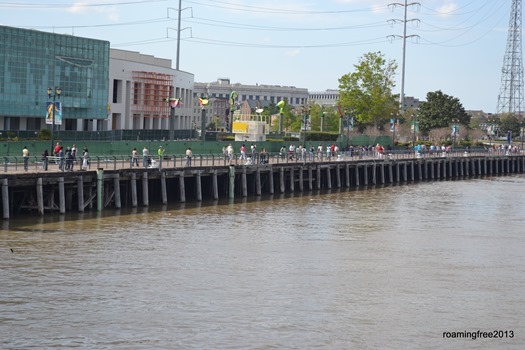 and the famous Café du Monde. 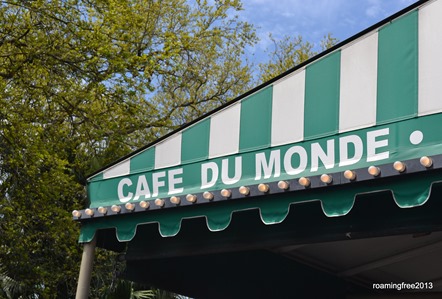 Of course, so trip to the French Quarter would be complete without beignets and café au lait . . .  so we stopped for a snack! 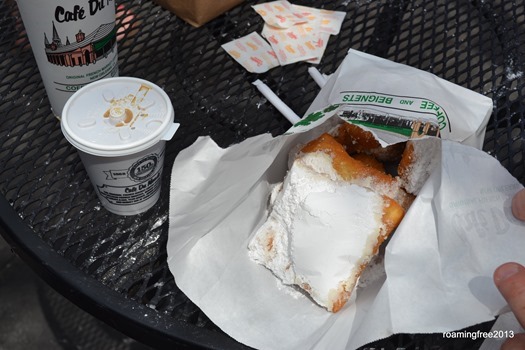 The lines were really long, but we were given a tip by another tourist that sped up the process considerably . . . they told us to just tell a server what we wanted while in the carryout line and he would bring it out to us . . . and it worked . . . no waiting in line!

After our snack, we continued to walk around, and saw more interesting sights . . . 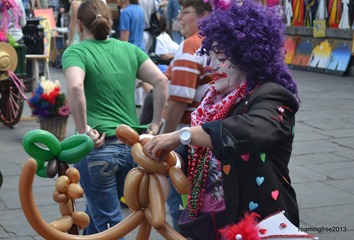 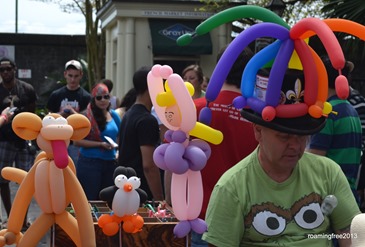 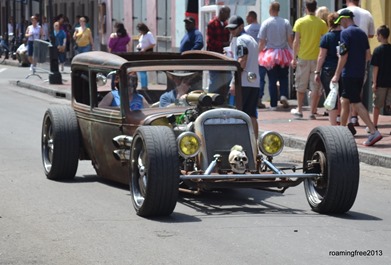 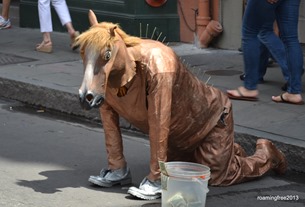 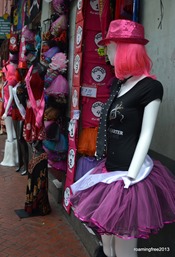 and a few fun T-shirts.

One that would be perfect for Little Joe, 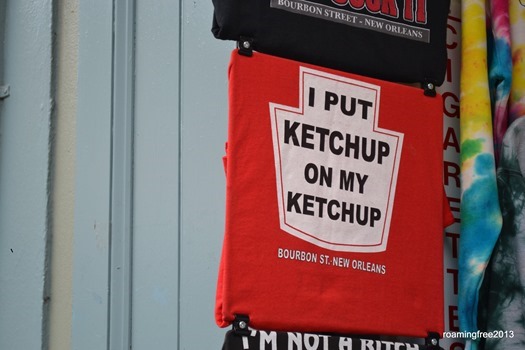 and one for Dave! 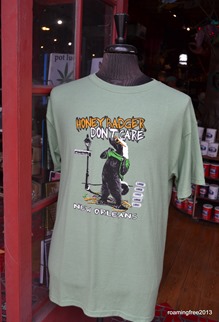 We eventually made our way over to Bourbon Street, and I can say that I’ve been there . . . but I could have done without it . . . and it was still early in the afternoon!

After all that walking, we were getting hungry and looking for a place to get some dinner . . . and none of us wanted seafood, so that was a challenge!  We eventually made our way to a small restaurant that we had passed in the morning . . . Mena’s.  They were really crowded early in the day, but by the time we got back there, they were getting ready to close and we were the last to be seated.  We had a great dinner, at really reasonable prices . . . and then had to walk some more in order to work it off!

The boys had seen enough of the city, though, so we made our way back to the Ferry and waited for our ride back across the river.  The river was a really busy place in the afternoon, and we saw freighters, 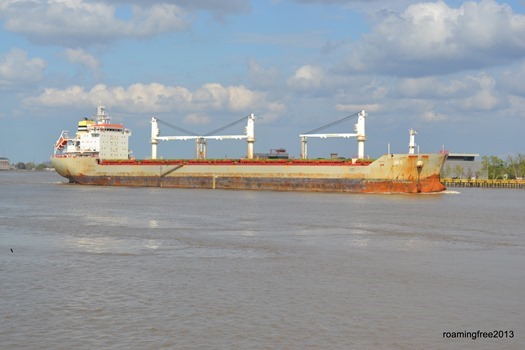 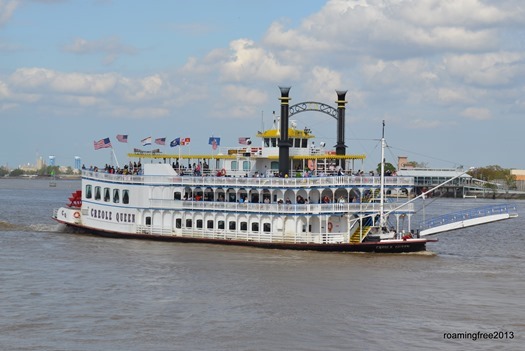 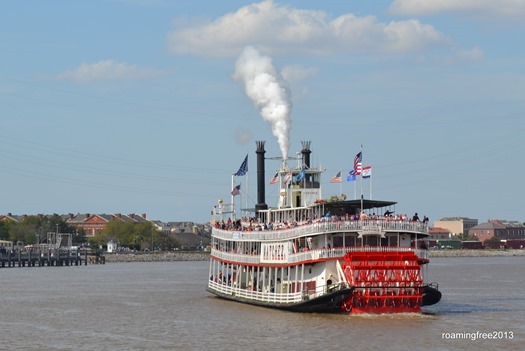 while we waited for our turn to cross.

It was a fun day, and we enjoyed the French Quarter more than I thought we would!