I had to fly back to Michigan for a few days to put in an appearance at work, so I made Bryce go with me.  He wasn’t thrilled with the idea of his first plane flight, but I wanted him to see his orthodontist. 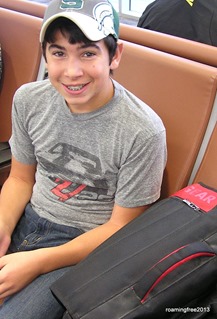 We had a direct flight from San Antonio to Detroit, and arrived at the airport with plenty of time to spare.  We breezed through security, so we stopped at the food court to get some lunch., and then waited at the gate for our flight.

Before long, our plane arrived. 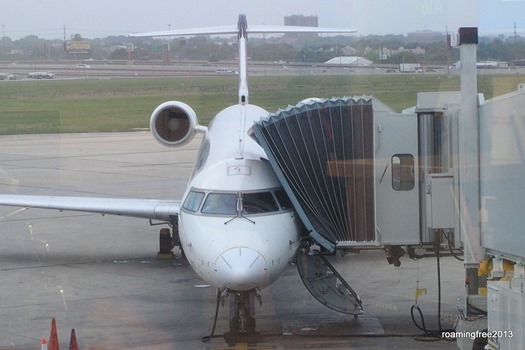 San Antonio to Detroit is considered a “commuter flight”, so it was a smaller jet.  We had packed pretty lightly – just one duffel bag for the 2 of us, and my laptop bag with both of our laptops in it, and planned to carry on our luggage.  Because it’s a smaller plane though, they “gate check” larger carry-ons like our duffel bag.  This meant that our bag was taken from us as we entered the plane, and handed back to us as we exited.  Not a bad deal, and not inconvenient, either.

The day we flew out was the same day that all the crazy weather was supposed to be moving across the country, and I was a little concerned about how it would affect our flight. 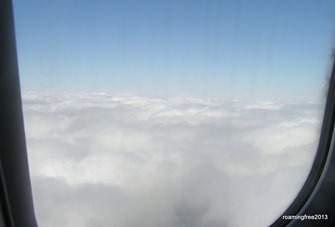 I needn’t have worried, though, as we saw nothing but blue sky and sunshine as we soared above the clouds!

Since we were flying on Delta Airlines, we landed in Detroit at the McNamara Terminal.  I’ve dropped Tom off there in the past, and picked him up from there, but never flown out of there myself.  Arriving at the gate, Bryce and I consulted the airport directory and began our LONG walk to the terminal.  After several moving sidewalks and a tunnel under the runways, 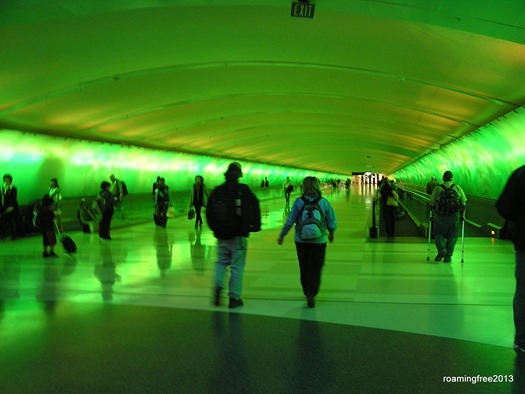 we finally arrived at the front of the terminal. 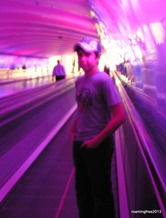 My sister-in-law and niece were right there to meet us and take us back to their house.

We arrived in Michigan to some typical springtime weather . . . 40 degrees and rainy! 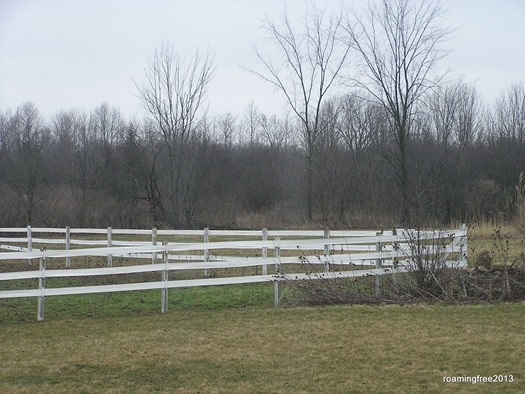 The weather was pretty miserable for most of the week, but we made the most of our visit – dinner with Tom’s family for his brother’s 50th birthday, dentist appointments for both of us, an orthodontist appointment for Bryce (Good News – he’s still on track to get his braces off at the end of the summer!), and a much-needed hair appointment for me.  Oh yeah, I went to work, too . . . We also met Denise’s new horse, Lily, while we were there . . . see how bundled up Denise is! 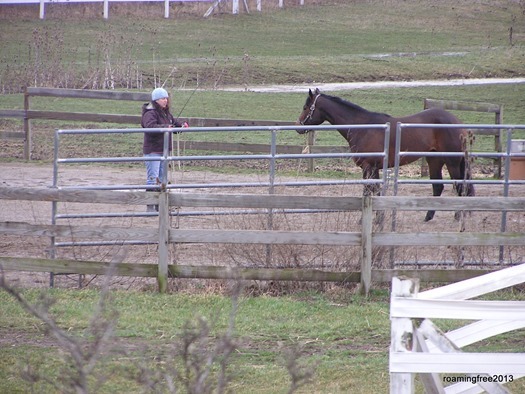 On Friday, we moved down to my Mom’s house for the weekend where we visited with all of my family, including my niece and her husband & son, who we hadn’t seen since our visit with them over Thanksgiving.

On Sunday evening and Monday, we were finally able to catch up with a few friends, and then it was time to get packed back up for our flight back to Texas.

We knew we were going to have that long walk out to the far gate, so we got back to the airport with plenty of time to spare.  Again, we breezed through security (although they confiscated my can of mousse this time), and had time to stop for breakfast on our way to the gate.

Our flight was uneventful again, and we arrived in San Antonio to 80 degree temperatures . . . now, that’s more like it!  We stopped at Walmart on the way back to the RV Park for lunch and groceries  (apparently, Tom & Nick don’t know what a grocery store looks like!), and back at home I tackled laundry (another task that the guys are unfamiliar with, I guess!).

Fortunately, the laundry is at the clubhouse, which is at the pool, so we were able to enjoy the pool while the laundry was going!

Now that we’re back to normal, we’ll get some sight-seeing done in the next few days . . . so look for some more interesting blog posts! 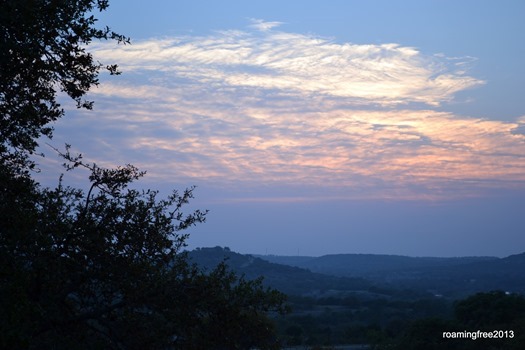