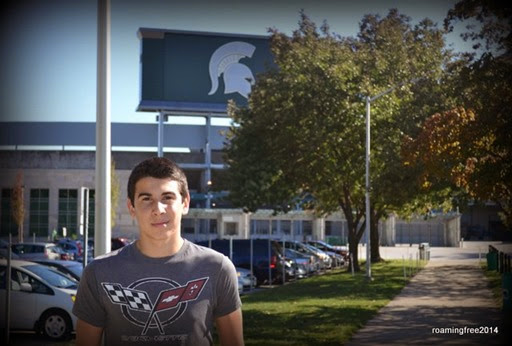 Go figure . . . every other day of the year, he’s in a Michigan State T-shirt, and today he doesn’t wear one!  He said he didn’t want to appear too anxious!

Bryce has been a diehard Sparty fan for quite a few years, and yesterday was his opportunity to visit the campus to see if he’d be comfortable making it his home for 4 years.

In my undergraduate years at the University of Detroit, my friends and I were always a little resentful of all the attention given to the “Big 2” colleges – Michigan State and the University of Michigan.  Our little private University, without a football team, barely existed in comparison! 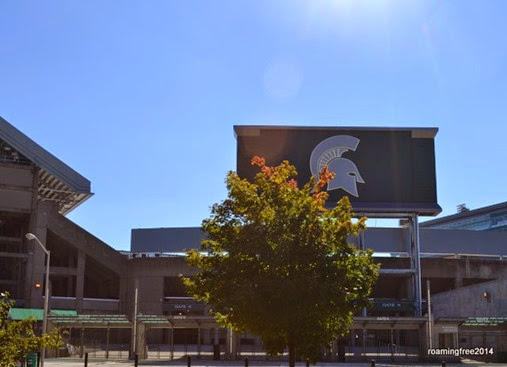 Living just outside Ann Arbor for 15 years, we became familiar with U of M and grew to appreciate the University Hospital, but I still wasn’t crazy about how the campus was intermingled with the city.  It just seemed too big and chaotic for me – I prefer a small, personal campus, and the boys do, too. 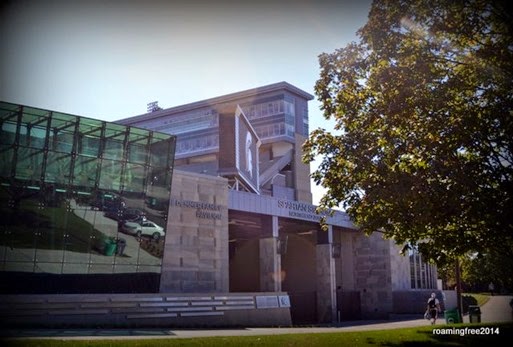 Never having been to MSU, I was expecting it to be similar to U of M, and was pleasantly surprised on arrival to find out just how wrong I was! 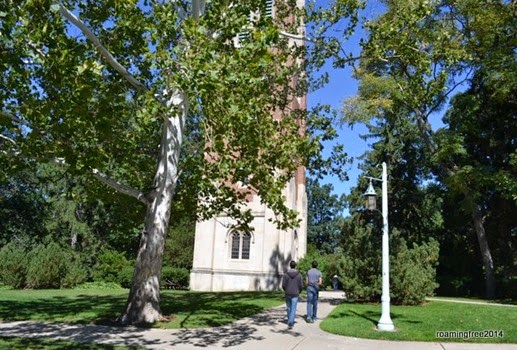 Our Admissions Presentation and Tour wasn’t until 1pm, be we also had appointments with a Career Counselor in Criminal Justice, and an Academic Advisor in Kinesiology/Athletic Training.  We parked by the football stadium and made our way across campus for our first appointment.

It’s definitely a big place, and it’s easy to get turned around when you’re not familiar, but with a little help from a kind stranger we found our way to our appointment.  It certainly is a beautiful campus, and I was shocked to see a river running through the center of campus, too.  Our tour guide later told us that the students go tubing and kayaking on the river in the spring and summer, and ice skating in the winter! 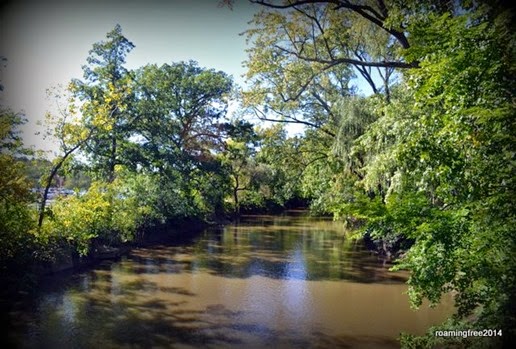 Both of our meetings were interesting and informative, and we all learned a great deal about the academic and professional options in the fields Bryce is considering – a very beneficial morning! 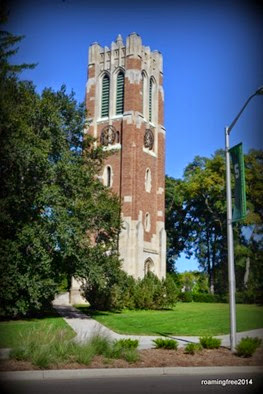 After our meetings, we grabbed a quick pizza in the food court (just $5.99 for a 14” pepperoni pizza, and it was really good – definitely better than Little Caesars or Dominos!), and made our way to the Student Union for the Admissions Presentation and Tour.

The presentation covered all of the basic information – test scores, transcripts, deadlines . . . and when that was over, the participants were split into 2 groups for our campus tours with student ambassadors. 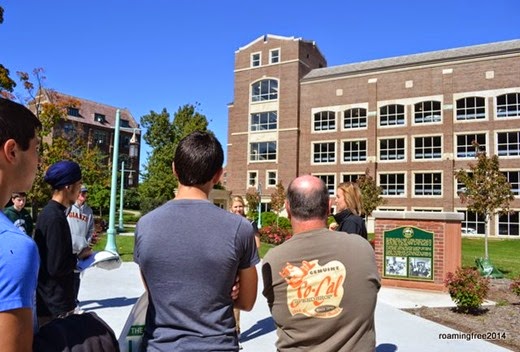 The girls were very friendly and personable, and enjoyed sharing their own MSU experiences with future students, and well as the history of the University. 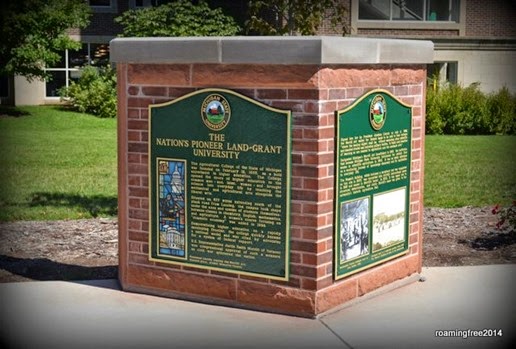 MSU was founded in 1855 as a Federal Land Grant University (where federal lands are granted to a state with the intent of establishing a college, making higher education available to the masses).  It started out as an Agricultural College, and today still remains a leader in Agriculture and Animal Science, along with a full menu of undergraduate degree programs. 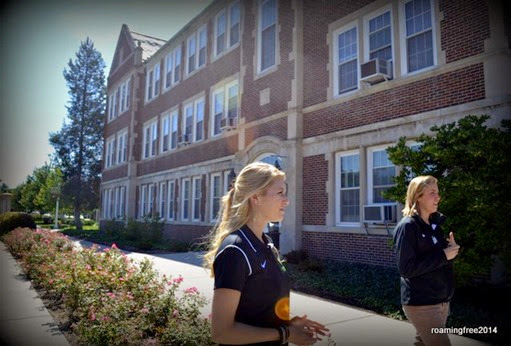 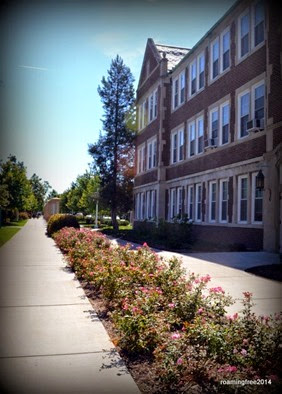 It was a beautiful day for a walking tour, and we saw museums, dorms, dining halls, classrooms, lecture halls, the library, and the athletic complex as we criss-crossed our way around campus.

We toured one of the older dorms, but I understand that there are several newer ones, and more under construction.  They’ve all been updated with new furniture, though, and are hardwired for internet access.

The dining halls are pretty impressive – somebody referred to them as an upscale Golden Corral . . . and that was pretty accurate!  Definitely an important feature for the parents of a boy!! 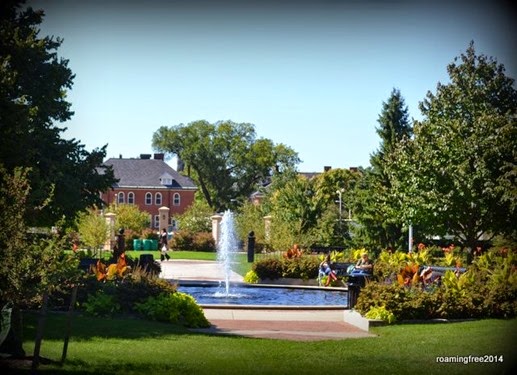 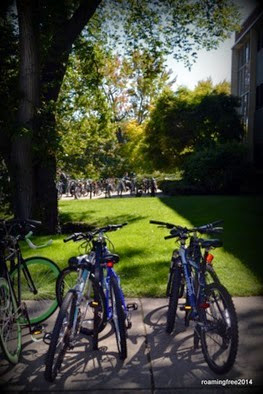 Bryce is going to have to put his “Baja Bug” dream on hold for a few years, though . . . no cars for freshman!  Very few students have cars, actually, with the vehicle of choice being the bicycle.

In addition to all of the walking paths (miles and miles of them . . . I can’t remember how many miles they said, but it was a big number!), there are also designated bike paths . . . and you had better be careful when crossing them . . . the bike riders move FAST!

We finished our tour with a walk along the Red Cedar River, 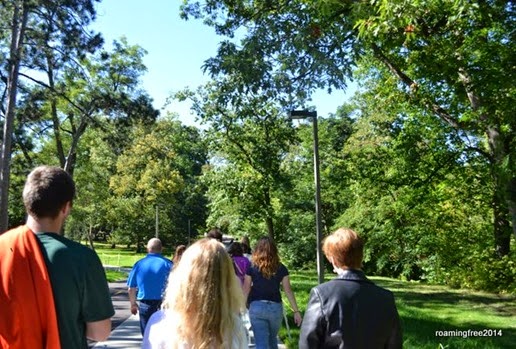 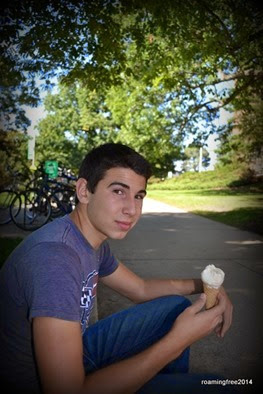 and then went back to the Student Union to try some of the ice cream made on-site at the Dairy Store.

We each tried a different “Big 10” football-themed flavor, and they were all good!  YUM!

It was a great day, and I know my previous prejudices were overcome.  Michigan State has a beautiful campus, and the university offers many great resources for students, and I can definitely picture Bryce in this environment . . . I think he’d be really happy here!

Now he just needs to get accepted!!