Race for the Cure and a birthday celebration

This past weekend was a busy one! 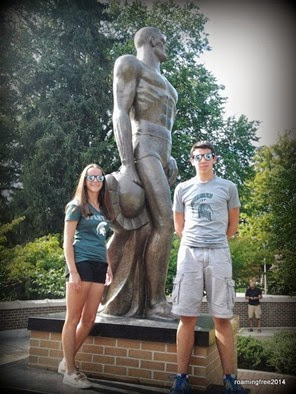 It was Bryce’s birthday weekend, and for his present, he wanted to go to the Michigan State football game.  Our friends have season tickets, so in exchange for them transporting him to the game, we bought a ticket for their daughter to go to the game with Bryce.

It was a beautiful day and they all had a great time . . . and MSU won, so that was icing on the cake!

While Bryce was at the game, Tom and Nick helped Grandpa with some yardwork, and I went to my Mom’s house to make spaghetti sauce and meatballs for Sunday’s dinner.

Sunday morning came bright and early as we drove through the fog to downtown Toledo for the Race for the Cure. 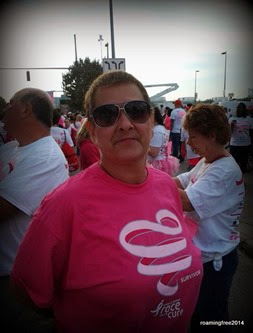 My sister, Tina, is a 1-year survivor, having just completed her treatment last month.

It was a rough year, but she got through it, so our family and her husband’s family all gathered to celebrate with her by walking in the race. 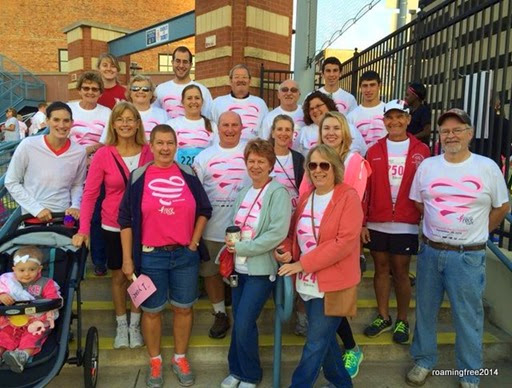 It was a beautiful morning, and everyone was in great spirits as we waited for the festivities to begin. 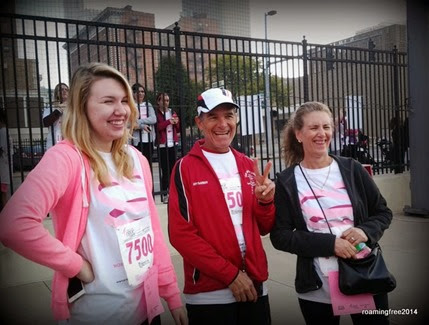 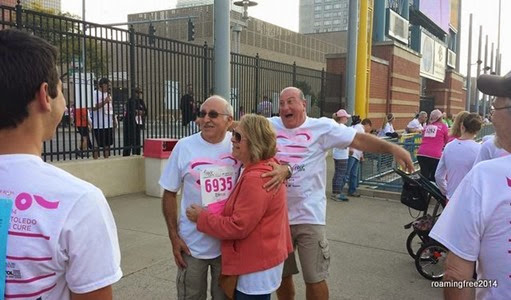 I finally got a good one of them, though! 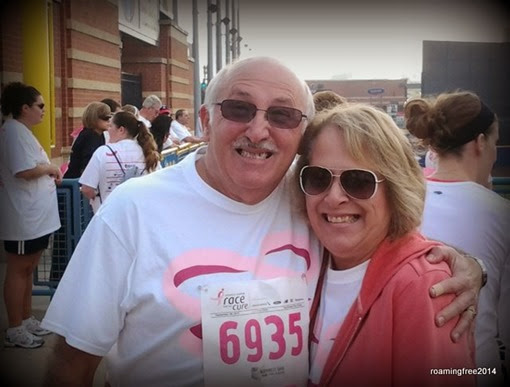 Most of us were walking the 5K route, but the boys were running the race, along with Larry’s sister and a couple of his & Tina’s nieces. 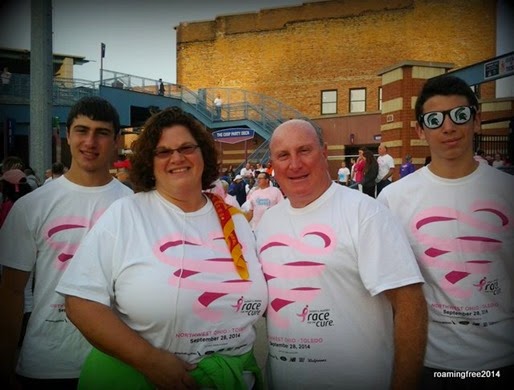 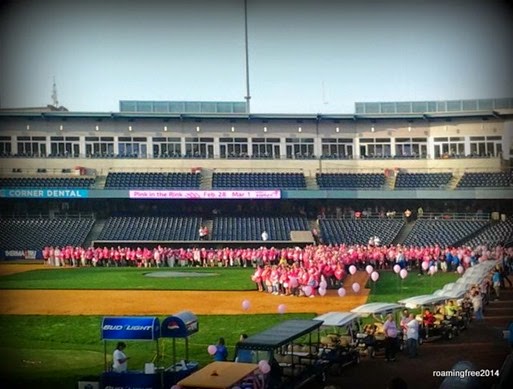 we took some more photos of our own. 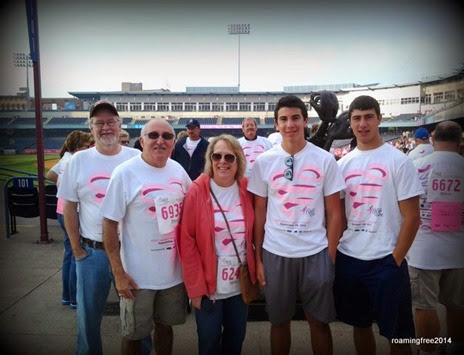 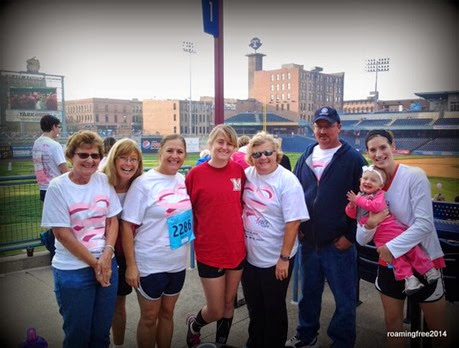 We watched the Survivor Parade, 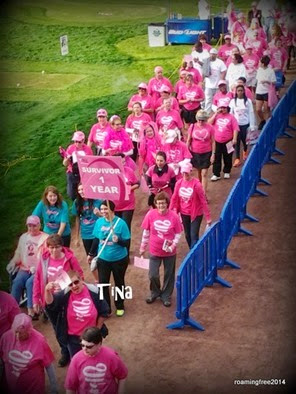 and I just barely caught my sister in one of my pictures, completely by accident!!  I wasn’t expecting her to be in front of the person with the sign!!

Following the parade, we moved outside to the starting line, 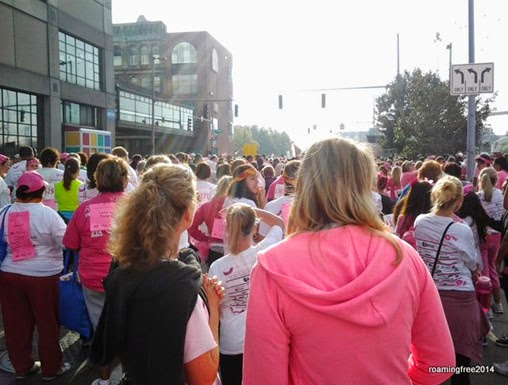 along with the 15,000 other people gathered for the race,

and waited through another 1/2 hour of announcements! 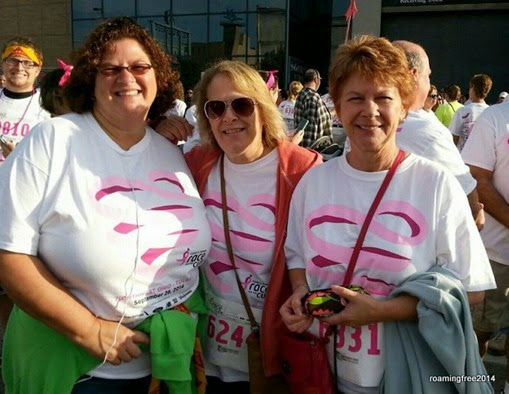 The runners moved up to the first starting line (if I were to do this again, I would sign up for the timed race just to be in the first batch of people to set out.), and they were off!

Soon it was the walkers’ turn to get started, and although we initially moved at a snail’s pace, our group made our way around to a spot where we could keep up a decent pace.  Jeff was our “pace car” -- as an experienced marathon and ironman participant, he was good at weaving his way through the crowd!

There were lots of bands and groups cheering along the route. 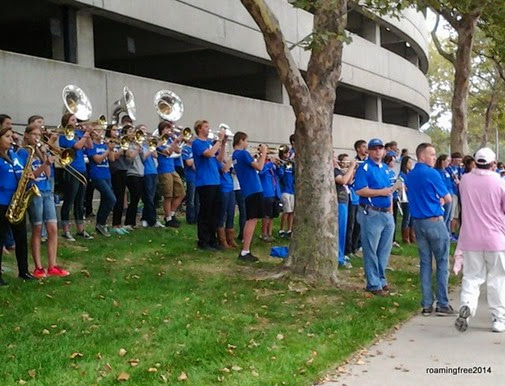 For the most part, the route was pretty good . . . but there were a few spots where we had to avoid holes, uneven pavement, and broken sidewalks.

The boys were at the finish line in about 25 minutes, where they waited for us.  Before long, we could see it up ahead! 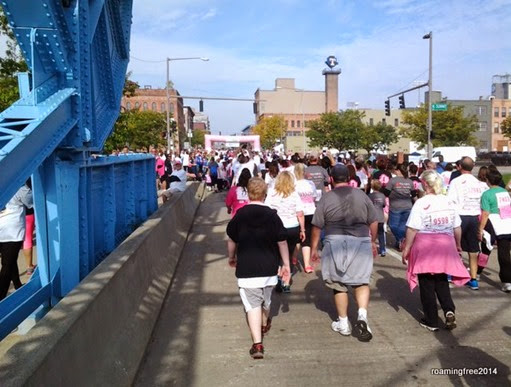 We crossed the finish line at 1:14 . . . not too bad, considering the crowd and the slow start! 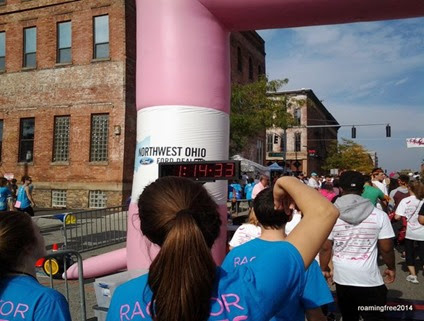 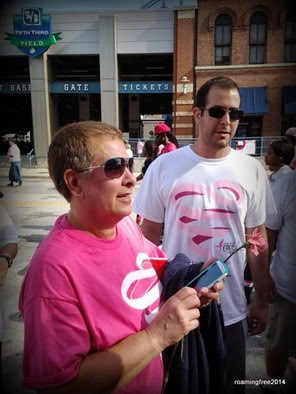 Yeah!  Our whole team made it across the finish line within a few minutes of each other!

We picked up pink bagels and bottles of water on the way back to the cars, and headed back to my Mom’s house for our next celebration – Bryce’s birthday. 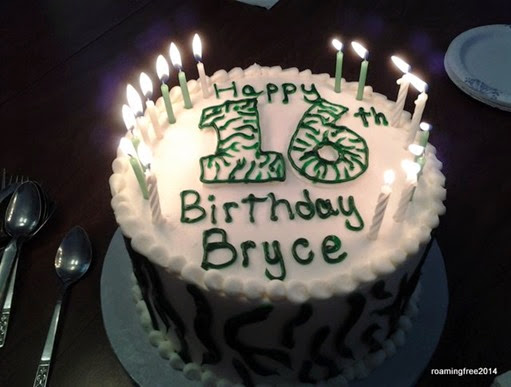 In addition to my sisters and brother, my cousin, Sue, and my mom’s twin sister joined us for dinner. 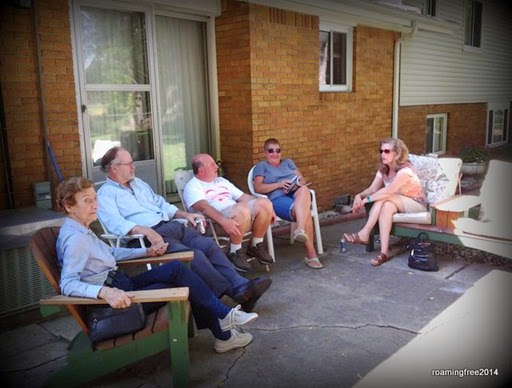 The boys played cards with their uncles while I got dinner ready, 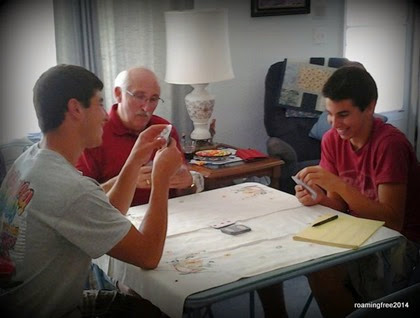 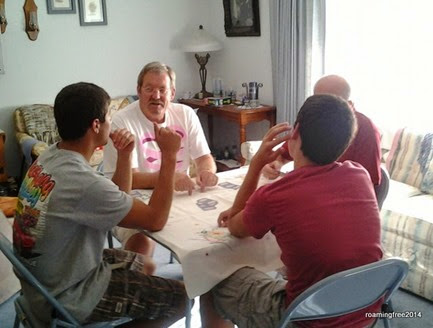 and Bryce opened his presents.  For the last couple of weeks, Bryce has been asking Grandma for a ham dinner on Sunday . . . and he hasn’t gotten one yet!  But, he did get some ham for his birthday! 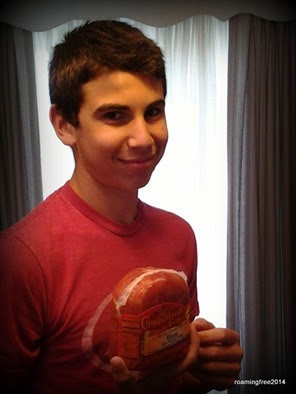 After dinner, we enjoyed the cake that Bryce picked out . . . 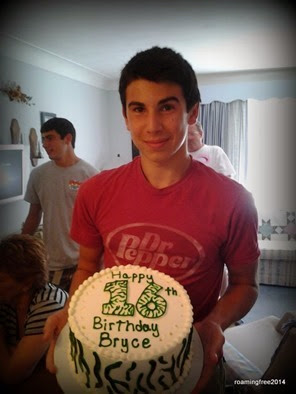 It was a nice day, and we enjoyed spending it with our family and extended family! 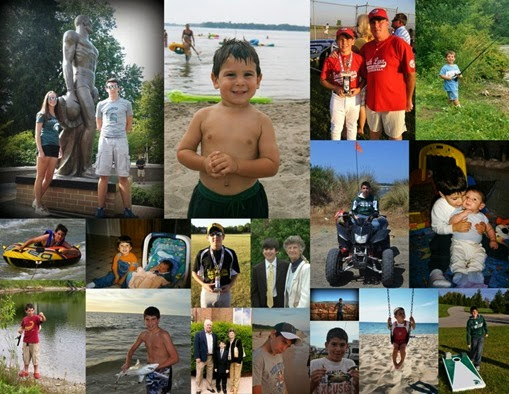