Finally in south Florida, and a new floor!

When we left northern Florida on Monday it was cloudy and humid, and looked like it could rain at any moment.  As we made our way south on I-75, though, the clouds cleared and the temperature continued to rise through the 80s . . . but it was still humid! 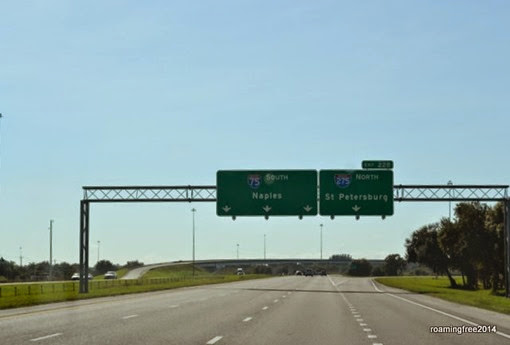 It was our last 300-mile day, and we were anxious to arrive at our winter destination.  Even with a 45-minute drive to get to the freeway, we made great time, and arrived at the Cypress Trail RV Resort just before 2pm.

It’s a gated community, and we were arriving a day early, so we had to call the Sales Manager to let us through the gate.  After checking in, we got parked on our site and set up for a long-term stay. 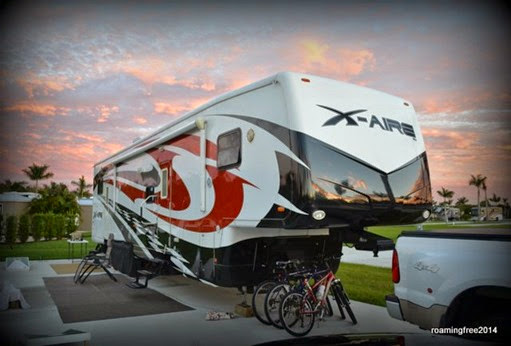 I’ll do a full post on the resort later, with lots of pictures, but for now I just have a couple of the area we are in.  It’s a really beautiful resort . . . 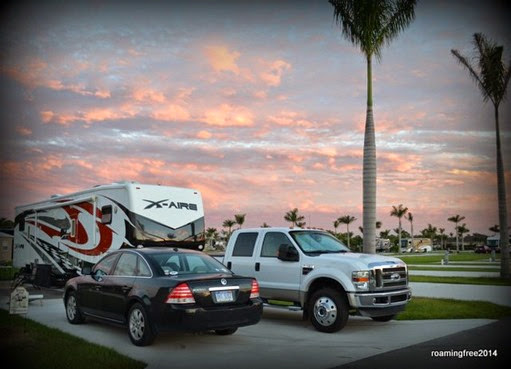 Monday afternoon is “Happy Hour” and Tuesday morning is “Coffee & Donuts”.  We went to both, and met the other workamping couple and several campers.  There aren’t too many people here yet, but we’re told they are fully booked for January and February.

Here comes the Maintenance Supervisor on his cart . . . 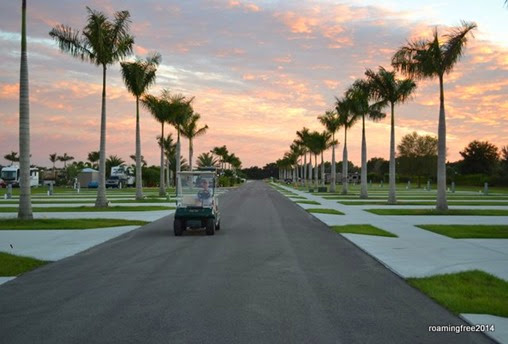 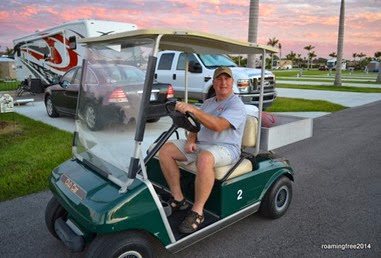 Since we’ve been here, we’ve gotten caught up on laundry, stocked up on groceries, and tackled a “home improvement” project.

We’ve always had a carpet remnant that we roll out in the garage area when we’re parked, but in the last year or so, the backing has been disintegrating and leaves a powder all over the floor when we roll it up.  We threw it out before we left Michigan, and have been looking for something to replace it.  Tom had seen some other toy haulers that use 2’ x 2’ foam interlocking squares on the garage floor, so that’s what he been focusing on.  He found some on craigslist here in Ft. Myers that look like a wood floor, rather than just black, which most of them are.

It was more than we needed, but it worked out good because we used the extra pieces as an additional layer between the tie-down rails, so that the finished layer would lie flat across the whole floor . . . and it added a little extra cushion!

Tom and Bryce came up with the perfect layout . . . 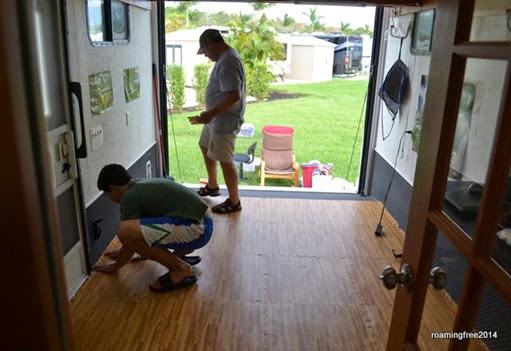 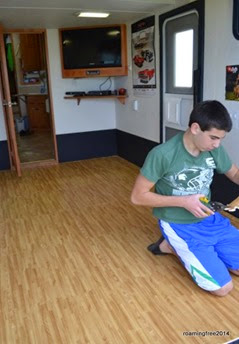 and did all the measuring and cutting.

It came out really good! 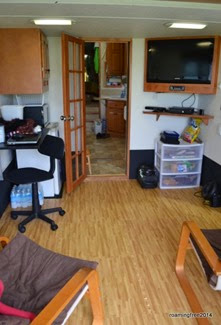 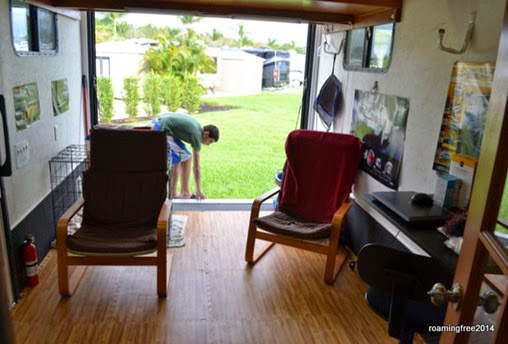 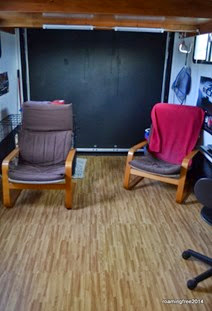 Casey gave it her stamp of approval! 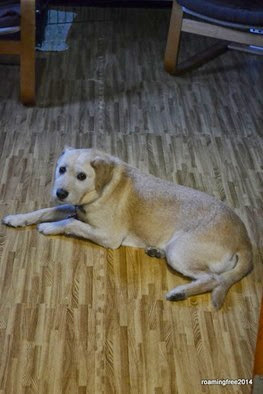 Tomorrow is Thanksgiving, and the resort is having a catered/potluck celebration . . . I made sweet potatoes and mini cheesecakes . . . two of Tom and Bryce’s favorites!  It’s nice to have that done already – tomorrow all we have to do is show up for a delicious dinner!