Thanksgiving and Visiting with Friends 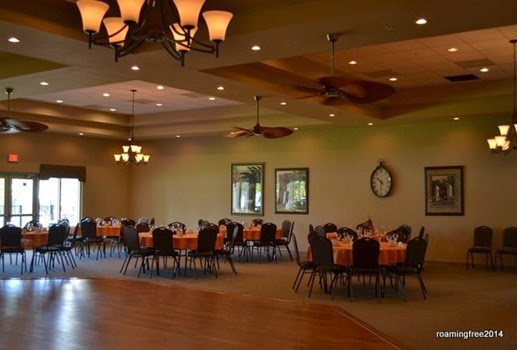 On Thursday, the RV Resort was hosting a Thanksgiving Dinner for all the residents, with catered turkeys and a potluck for side dishes and desserts.  Tom helped the Activity Directors get the clubhouse dining room set up the night before. 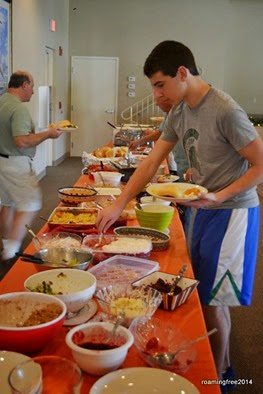 On Thursday afternoon, we all gathered for a feast . . .

Everyone managed to stuff themselves, and there were still two full trays of turkey to send home in “doggie bags”.  We brought home enough to have a 2nd turkey dinner on Saturday! 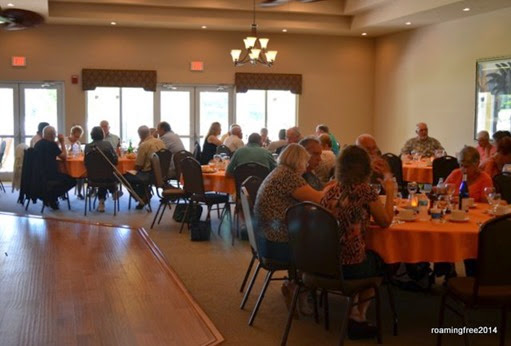 After the big meal, the activity of the afternoon seemed to be walking . . . LOTS of people were out walking around the resort . . . it was a perfect afternoon for it!

On Friday and Saturday, Tom took care of a few small maintenance projects around the park, 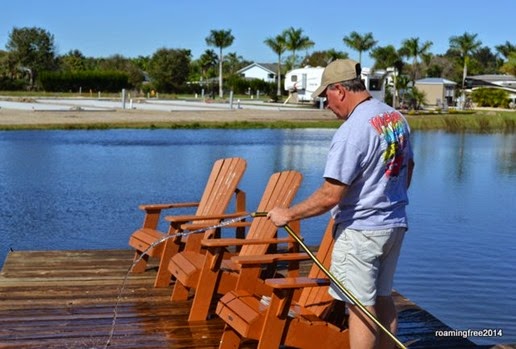 and we had a visit from our friends, Debbie & Ken, who we had worked with at Lovers Key State Park the year before last.

They got set up on the site next to us, 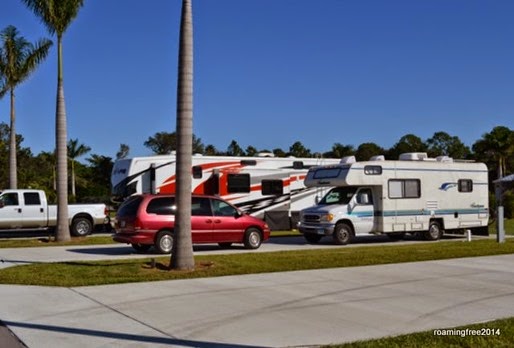 and we spent some time getting caught up on what’s been happening since we last saw them in Phoenix in January.  The afternoon flew by, and we decided to go out for some pizza.  We found a place called Bellacino’s nearby, and the pizza was pretty good.

Back at the RV Park, we went in for the night, but we got together in the morning to go to the Mexican Flea Market before they continued south to their winter volunteer spot near the Everglades.  I’m sure we’ll see them again this winter . . . they’re not too far away.

On Sunday, our plan was to go to mass at Ft. Myers Beach, then check out the sand sculptures . . . that will be a blog post all of it’s own.

Since we were in the area, we contacted Don & Carol at Lovers Key, and made plans to visit with them in the afternoon.  We sat down by the canal, watching the kayakers go by, 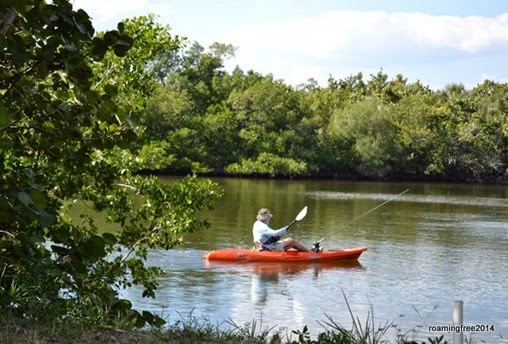 while we talked and snacked.  After a while, we walked to the beach to see the sand renourishment project. 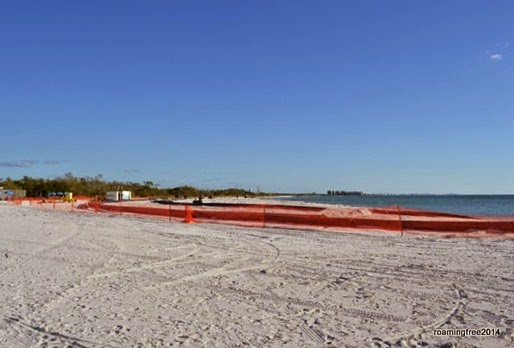 Sand is being dredged from the bottom of the ocean at the north end of the beach, 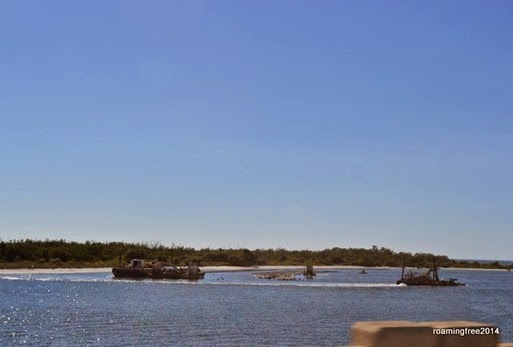 then it’s pumped through pipes to the south end of the beach.  The areas has to be kept closed because until the sand dries thoroughly, it’s pretty much like quicksand – last week a tractor was left parked on the sand at the end of the day, and by morning it had disappeared!  It had completely sunk into the sand!

The difference in the beach is amazing, though! 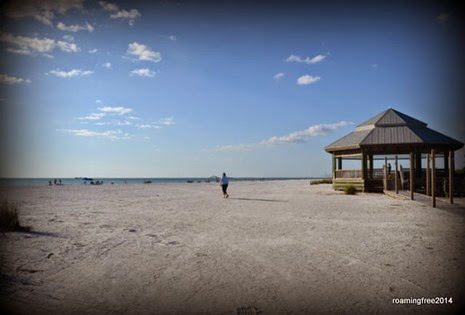 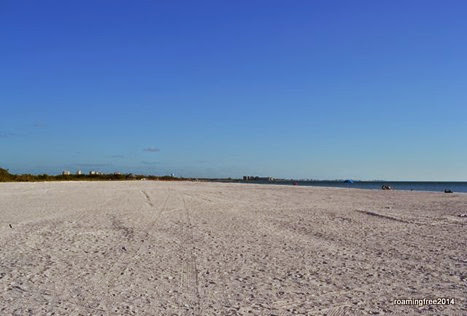 It’s easily double the size it was when we were there two years ago! 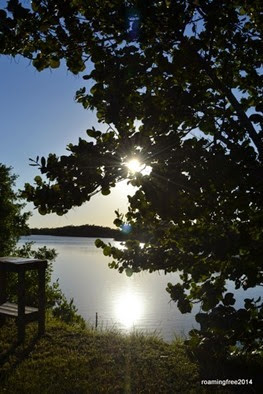 We continued our visit back at their site, as the sun continued to sink in the sky. . . before we knew it, it was almost sunset and time for us to get home to rescue Casey.  Poor thing – she’d been cooped up all day!

We had a great visit with Don & Carol, and look forward to getting together again this winter!

As we made our way back to Ft. Myers, the sun was setting over the Gulf . . . the end of another beautiful day! 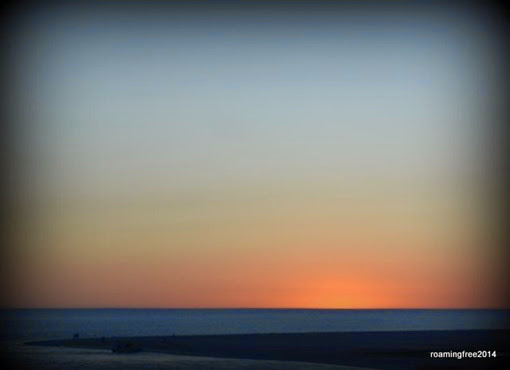