What to do in an empty nest?

Waking up that first morning after we dropped Bryce off at MSU, it was a strange feeling to walk into the living room and not have anybody sleeping on the couch!

With just two weeks left until our own departure, we’ve had some work to get done in the motorhome.  With Bryce and his stuff gone, we’ve been re-organizing storage spaces, clearing out clutter, and generally rearranging our living space . . . although not too much, because once we get to South Carolina we’ll have Nicolas and Casey spending some time with us! 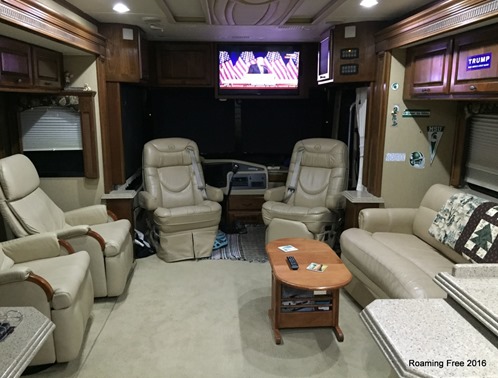 We also took my bike to a local bike shop for a tuneup after the bearing between the pedals started making a knocking noise.  Need to have it in good running order for the fall!

The Woodshed Bike Shop is just down the road in Mears, and came highly recommended. 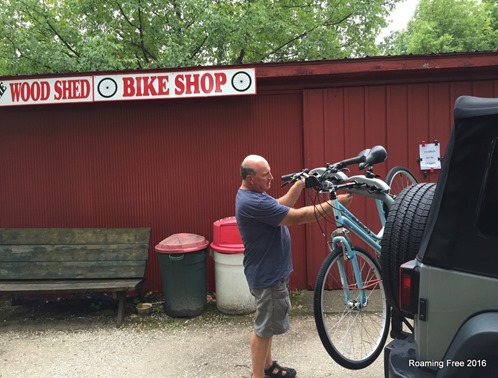 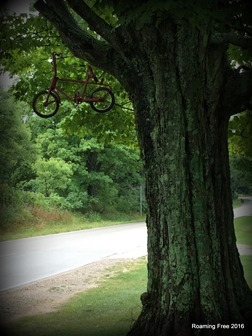 From the road, the bike in the tree indicates the location of his shop . . . and it’s in a handy location – right next to the Hart-Montague Bike Trail!

We called him just in time, as he was closing up for the season after Labor Day, and heading out of the state for vacation!

Thanks, Jake, for fixing up my bike! 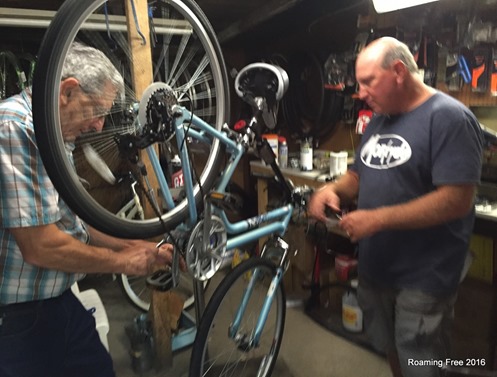 It hasn’t all been work, though.  We had a beautiful Labor Day weekend here, and although we stayed away from the craziness of the dunes, we enjoyed a great day at the beach in Pentwater. 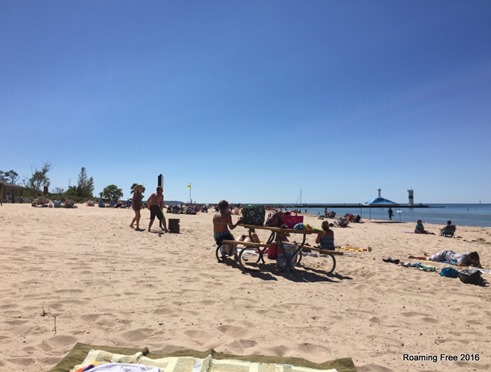 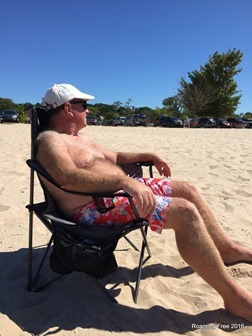 We had full sun and a cool breeze off the lake, making it a beautiful day to be at the beach.

We didn’t go into the water though . . . we put our feet in, and were amazed at how much cooler Lake Michigan had become since we were last in it a couple weeks ago!

After enjoying a few hours of sunshine, we changed clothes and went into Pentwater for dinner. 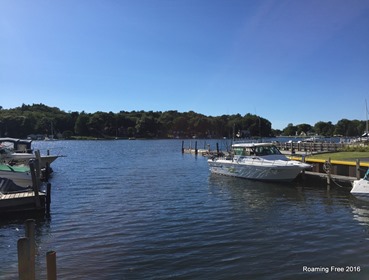 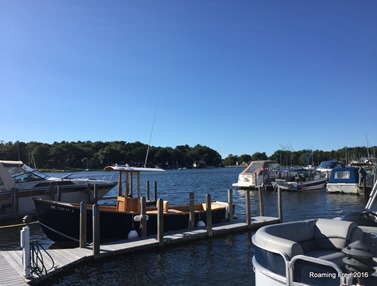 We tried a new restaurant for us – The Antler – where we enjoyed a delicious dinner . . . for less than $20!

Woo! Hoo!  Tom likes this part of being empty nesters! 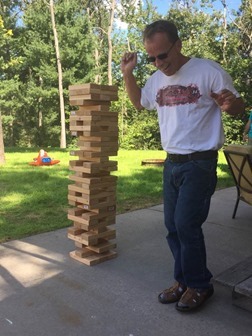 That was a great start to the holiday weekend, and we wrapped it up with another beautiful day at the pool and evenings with friends playing outdoor Jenga . . . lots of fun!

Today was a rainy day, but that was OK . . . we needed to make a Walmart run anyway, so on the way there we made a stop at a doughnut shop that we recently learned about. 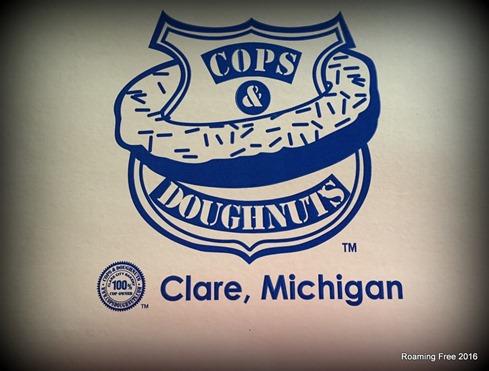 The original shop is in Clare, and has been around for quite a few years, but just this summer a new shop opened in Ludington. 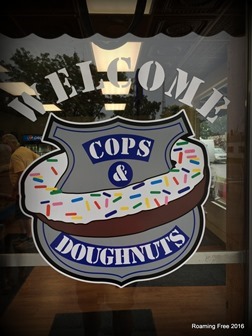 They’re known for having a full selection of doughnuts all day long . . . not just early in the morning (sounds like somebody stole Bryce’s idea!) 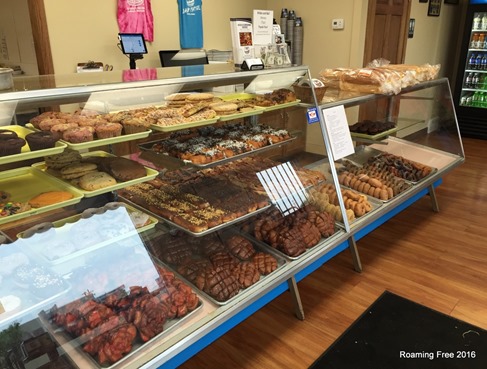 Not just doughnuts, either . . . they have cookies, muffins, bread, and even their own brand of coffee!

I had to take a picture of the maple-bacon doughnuts for Nicolas, but we didn’t try them! 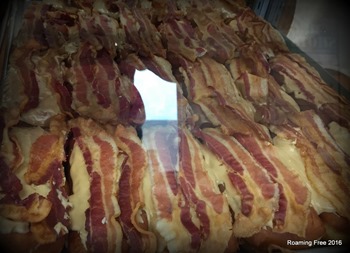 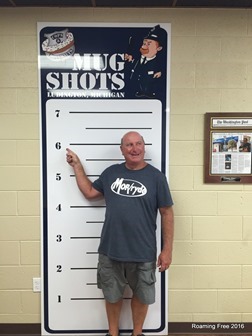 If Bryce were with us, he probably would have been over the 7 foot line!

We’ve got one more busy weekend left to our season – this weekend’s Apple BBQ Festival – and then on Monday we get back on the road . . . let’s hope we remember how to do everything!