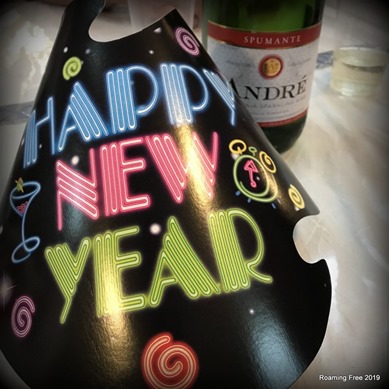 We wrapped up the year down here in the Rio Grande Valley with a couple of chilly days, and even a couple nights when we needed to run the heat . . . but it didn’t last long and we were soon back to 80s during the day and open windows at night.

New Year’s Eve was the day of Michigan State’s Bowl Game out in California, the Redbox Bowl, against the Oregon Ducks.

It was Bryce’s last big hurrah with the football team, and he enjoyed his week in the California sun. 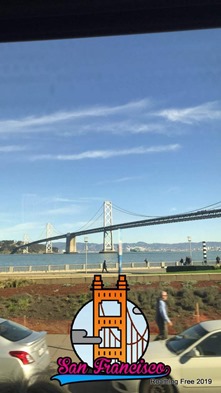 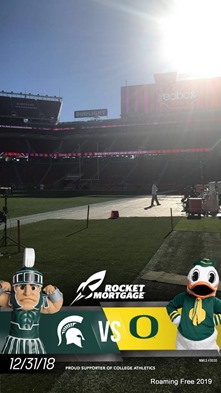 His girlfriend, Hannah, and her family travelled to CA for the game, too, and they met up with Bryce at the Pep Rally before the game. 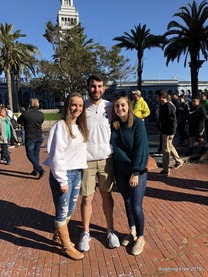 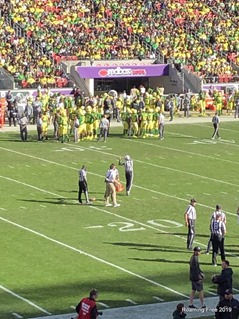 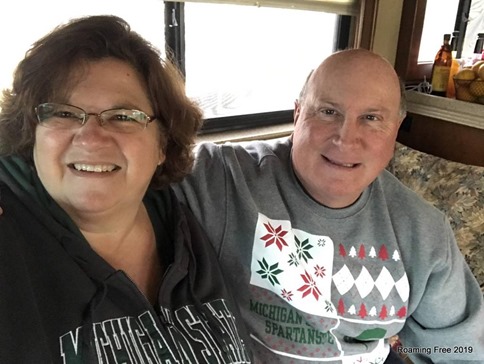 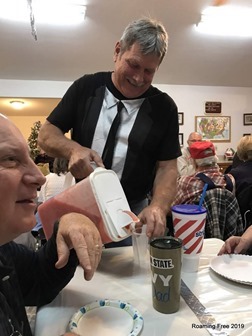 On New Year’s Eve, we had a potluck appetizer gathering in the clubhouse . . . with endless frozen strawberry daiquiris, as well as many other drinks!

These Minnesotans really know how to party!  Tom and I expected the party to end early, certainly no later than 11pm here, when the ball dropped in New York City.

We were shocked to see the party continue into the wee hours of the night, well past midnight central time!

We started out with the “Expanding Waist” Band entertaining us with live music, followed by “DJ Dick” spinning dance tunes well into the night.

There was plenty of dancing! 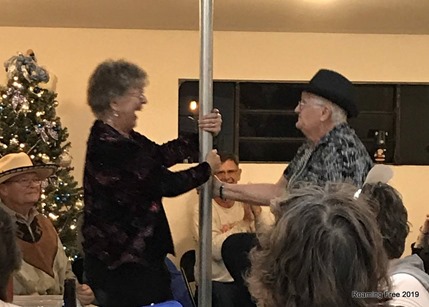 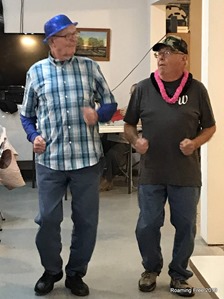 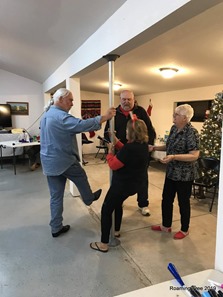 Plenty of noise at midnight, too! 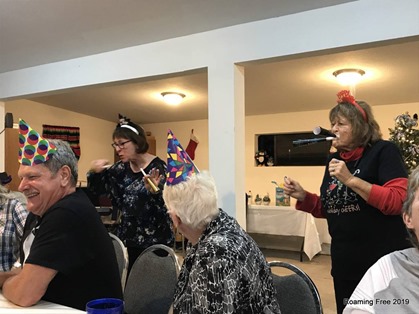 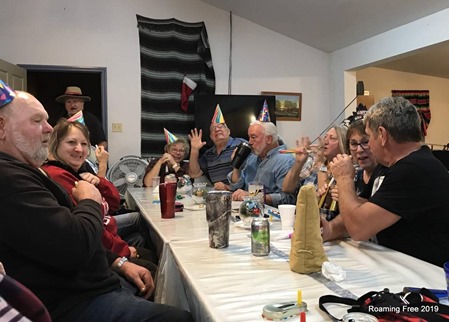 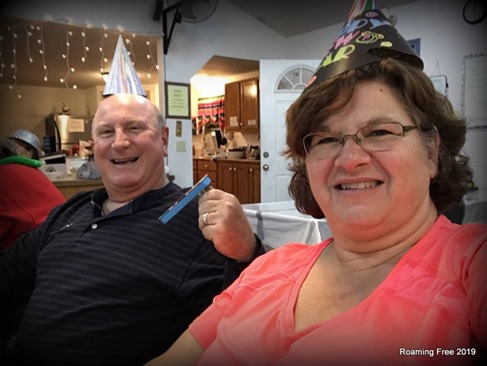 After all the parties were over, we settled back into a routine and I started back to work (at least is was a short week!)  The first weekend of each month is Market Days in Harlingen, which we heard good things about, so we went to check it out.

It was kindof a mix of flea market, craft show, and street fair – there were lots of vendors selling homemade items, antiques, food . . . pretty much anything you could ask for! 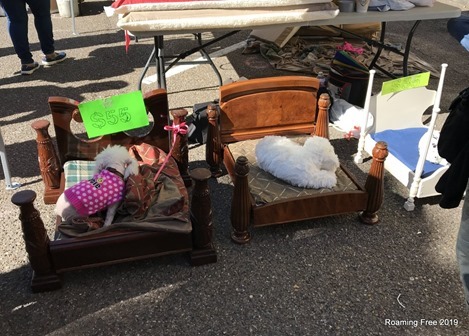 We even found 2 sturdy trays that we’ve been looking for, for potluck dinners.

There were several bands playing music, 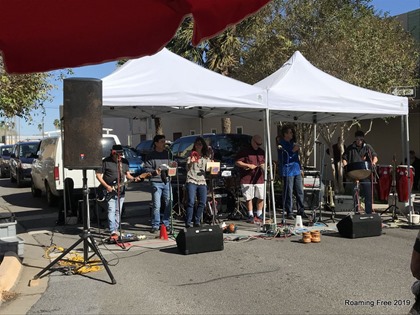 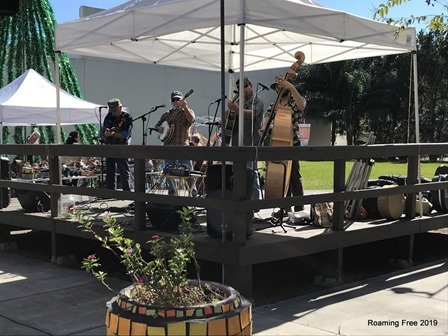 and one lone guy on a street corner! 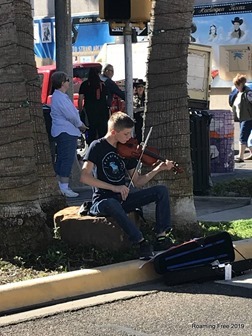 There are a few cute shops along Jackson Street, too, and we walked through several of them, including this Victorian Shop that was going out of business.  It had my sister, Sandi’s, name all over it!! 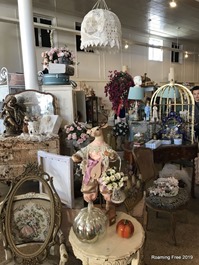 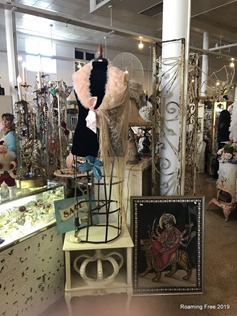 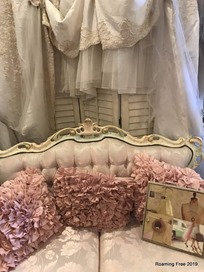 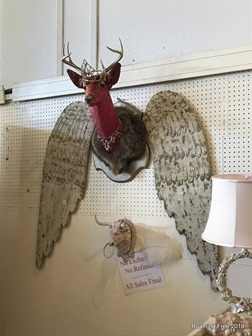 Afterwards, we stopped at a Boot Store, but didn’t see anything we liked for Nick.

On the way home, we stopped for an early dinner at the Longhorn Cattle Company BBQ. 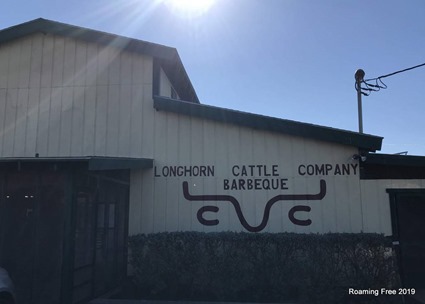 The atmosphere was fun, and the food was great!  We were stuffed for the rest of the day!  They also have steak dinners on weekend nights . . . we’re going to have to go back for one of those! 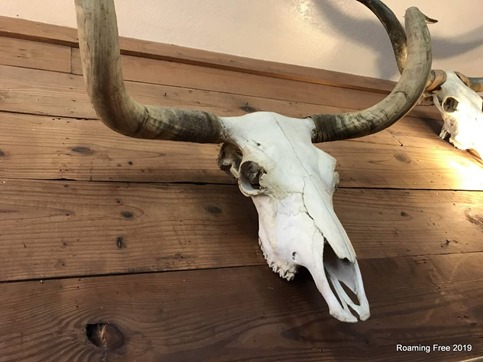 Our last adventure of the day took us on the backroads of San Benito . . . we thought it was just a simple trip around the block (according to the map on my phone), but we ended up following a two-track through a farm field! 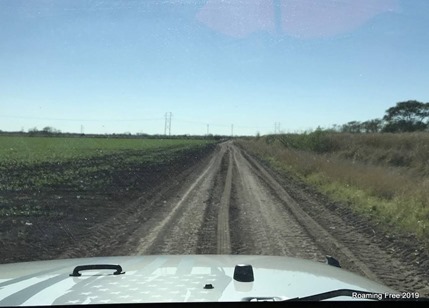 These are roads down here – they even have names!

Never a dull moment in the RGV!!

Email ThisBlogThis!Share to TwitterShare to FacebookShare to Pinterest
Labels: Texas