Back in southwest Florida 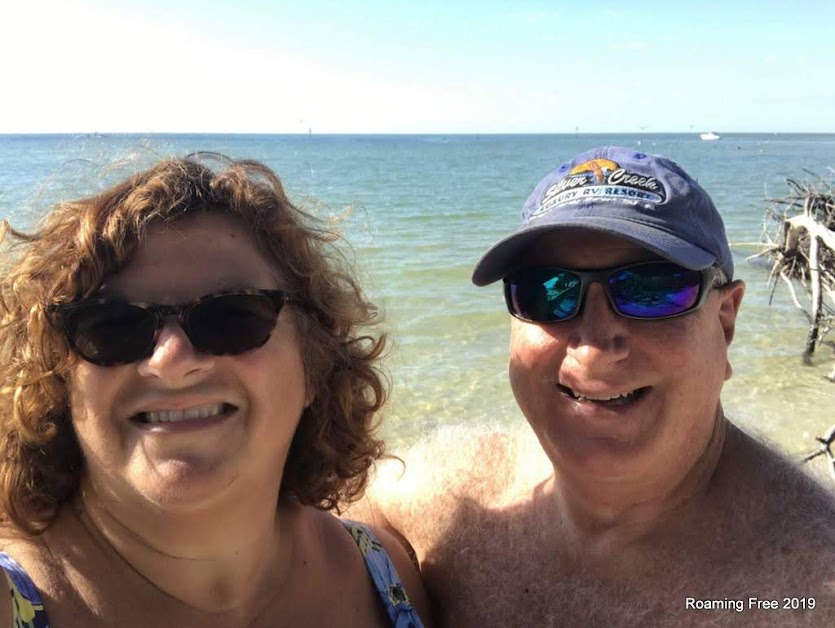 We spent Thanksgiving Day cooking with our friends at their house – and enjoyed a thoroughly filling and delicious meal! 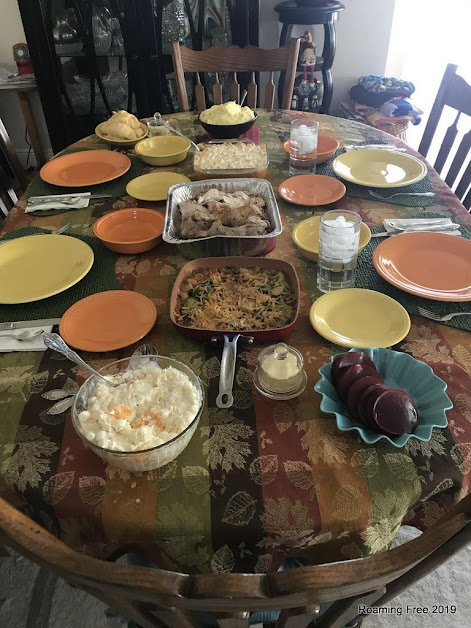 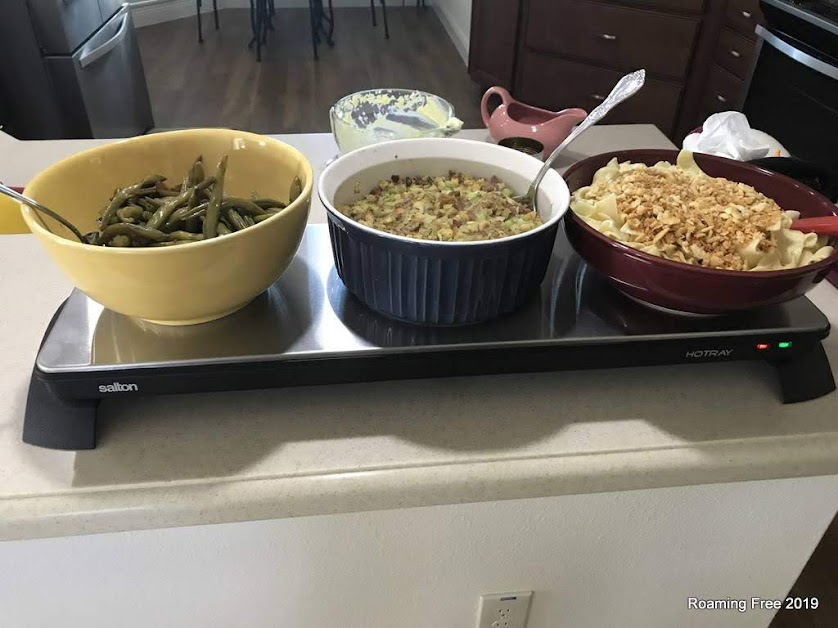 It was a really nice day spent with great friends! 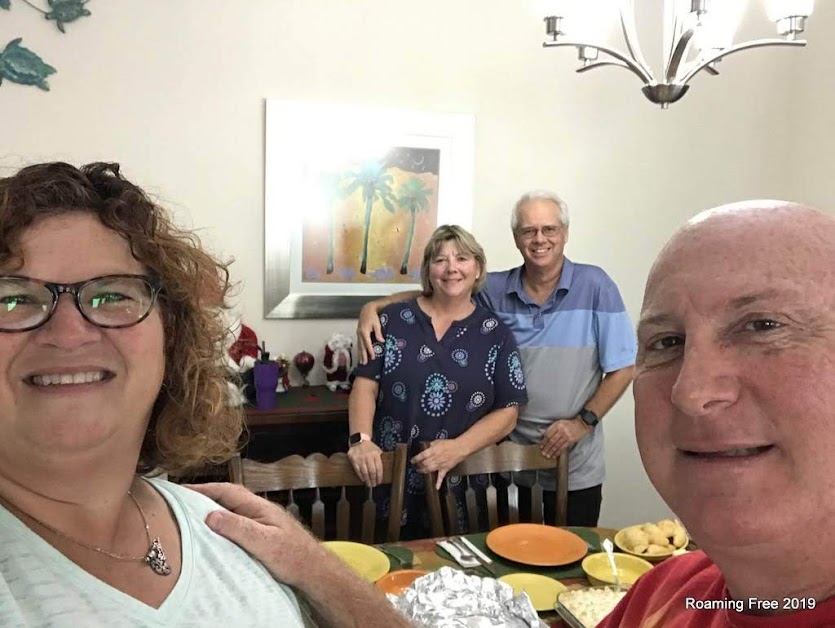 After the holiday, it was time for us to pack up the motorhome and move south for a while.  Our first destination was the Lake San Marino RV Resort in Naples. 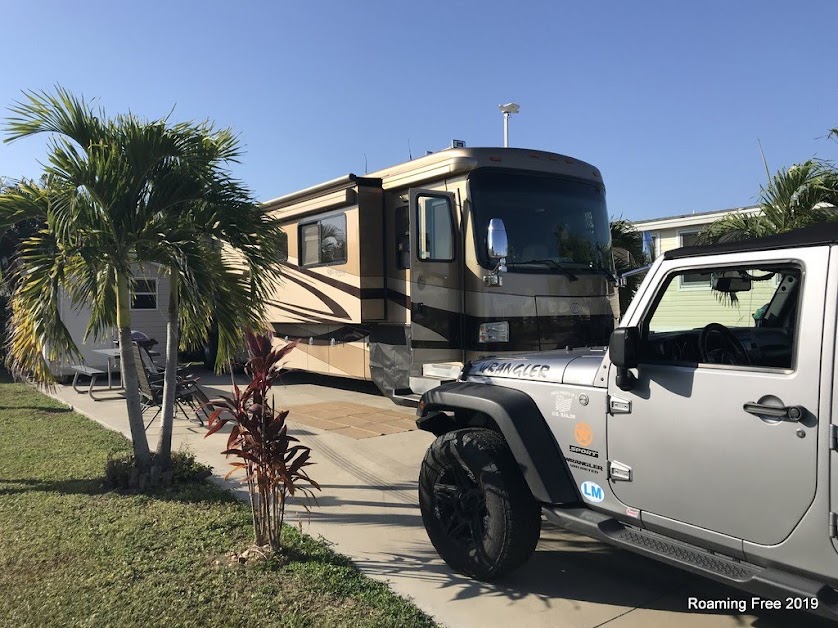 We got a good deal for December – a concrete site, with a shed too.  The sites are pretty close together (typical), but the site on our patio side has been vacant most of the time we’ve been here so far, so it’s like having a big yard.  The roads are pretty narrow, too, so backing in was a little tricky, but Tom did a really impressive job of getting the MH backed in on the first try!  I guess he’s getting pretty good at it, and I’m getting better at giving direction!

The park is nice – lots of activities, a nice pool and amenities, and even a produce truck that comes to the park every Tuesday morning. 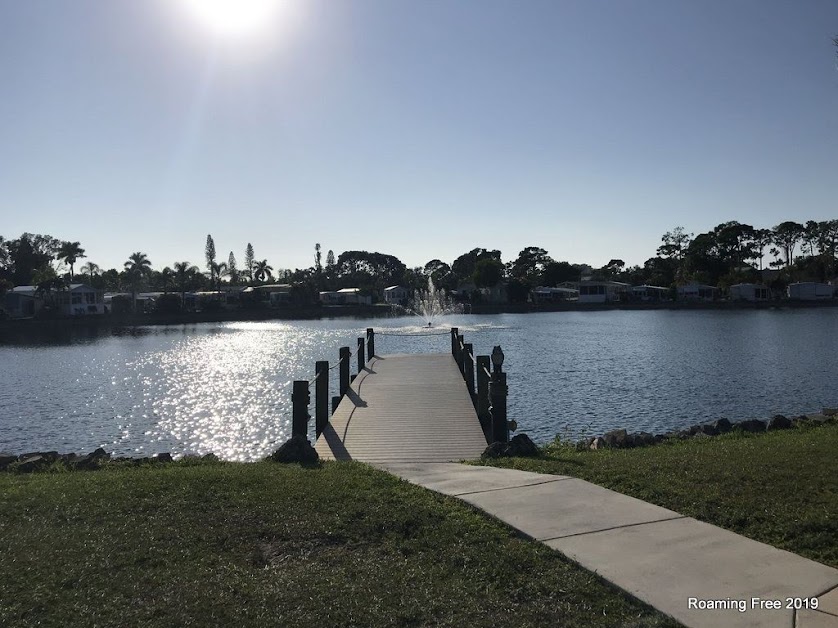 We’re somewhat familiar with the area – we volunteered at Lovers Key State Park on Fort Myers Beach our very first year on the road, which is just a few miles away, and we spent another winter in Fort Myers, near downtown.

The weather has been great since we’ve been here, so we’ve enjoyed plenty of time at the pool and Tom has found a group of guys to ride bikes with a couple mornings each week while I’m working.  I’m almost done working for the year, and it’s supposed to cool down a little (back into the 70s), so we’re hoping to do some more biking on our own in our last two weeks here.

We did get to the beach one weekend.  Delnor-Wiggins State Park is just down the road, so we packed up our chairs and a lunch and headed to the beach for the afternoon.

It was a beautiful day! 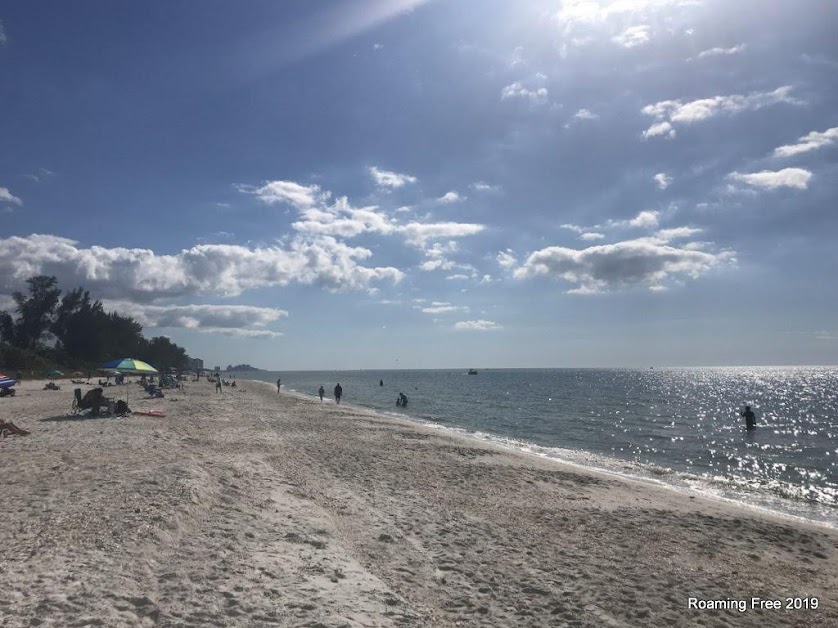 It was very quiet when we arrived, and with several miles of shoreline, there was plenty of room for people to spread out. 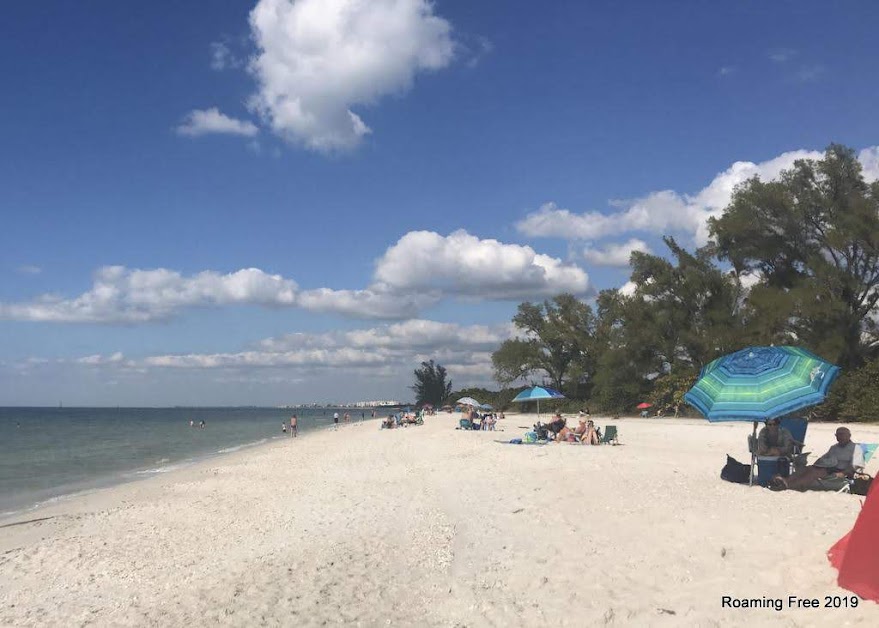 As the day went on, more people arrived, and we took a couple of walks along the shoreline.  Further down, there was a large collection of driftwood, probably washed up during a hurricane. 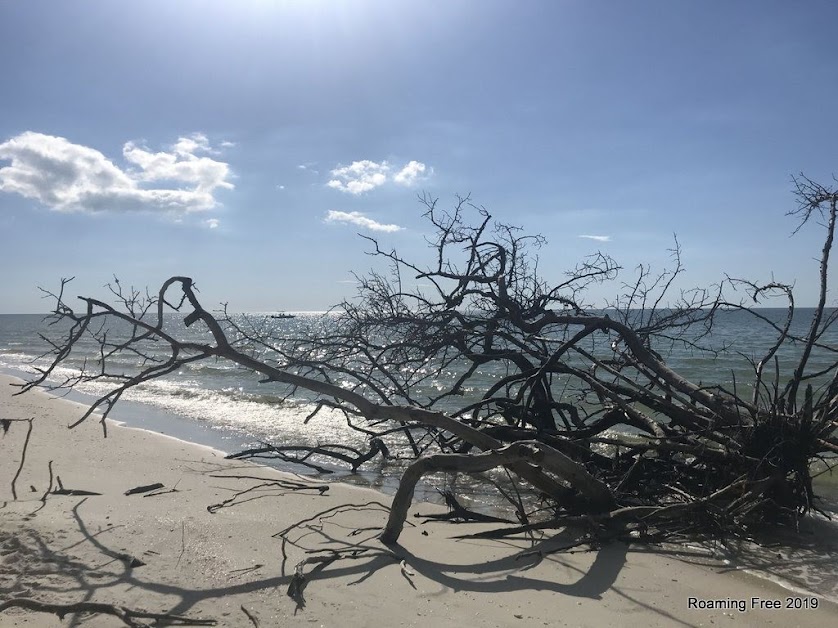 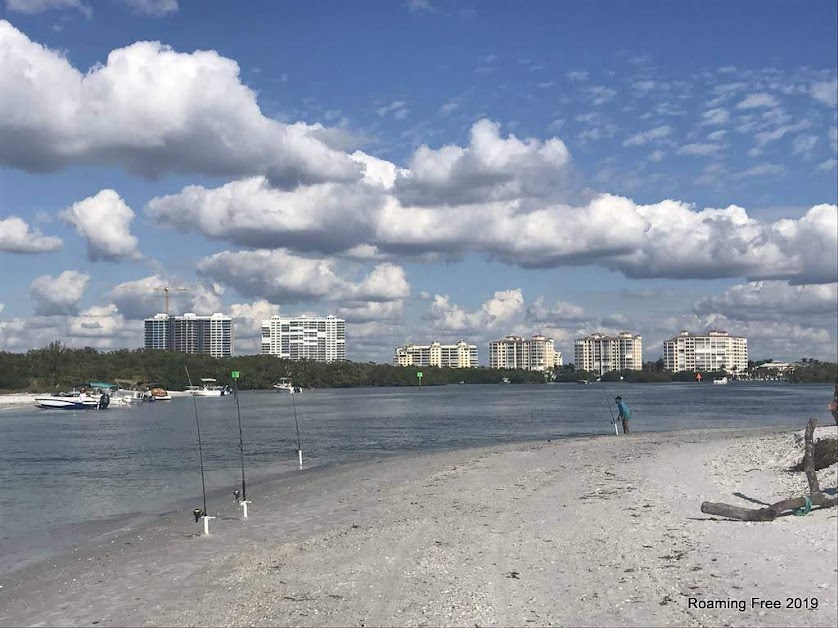 where there were quite a few people fishing, boats going through (including this interesting one), 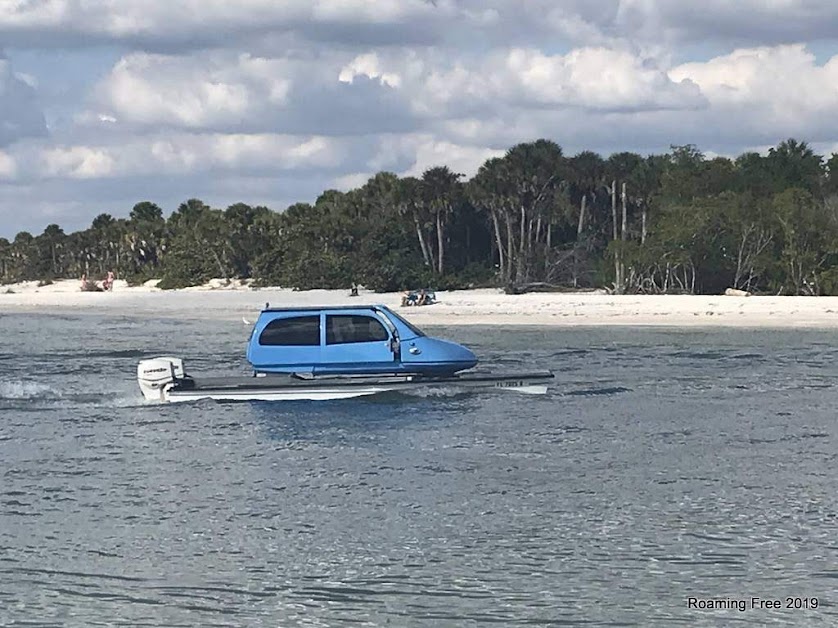 and lots of pelicans! 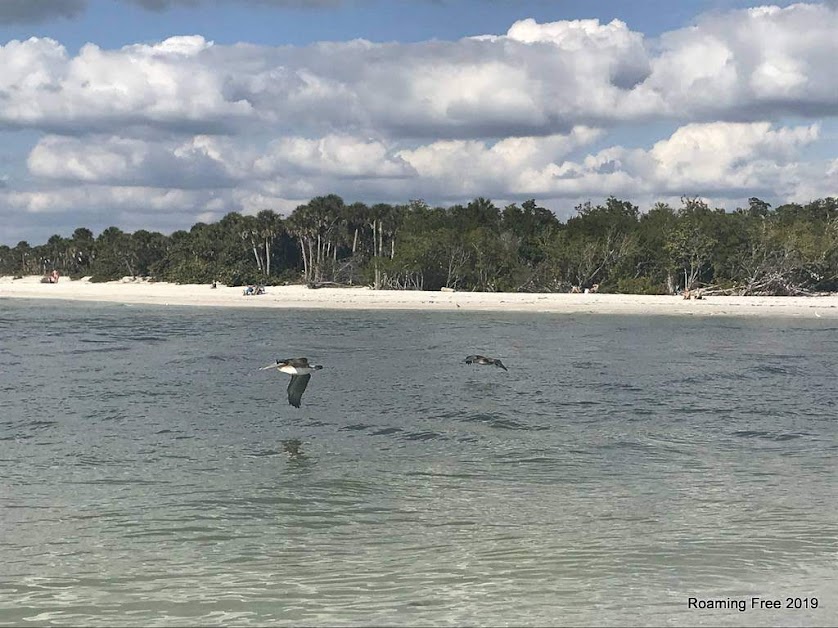 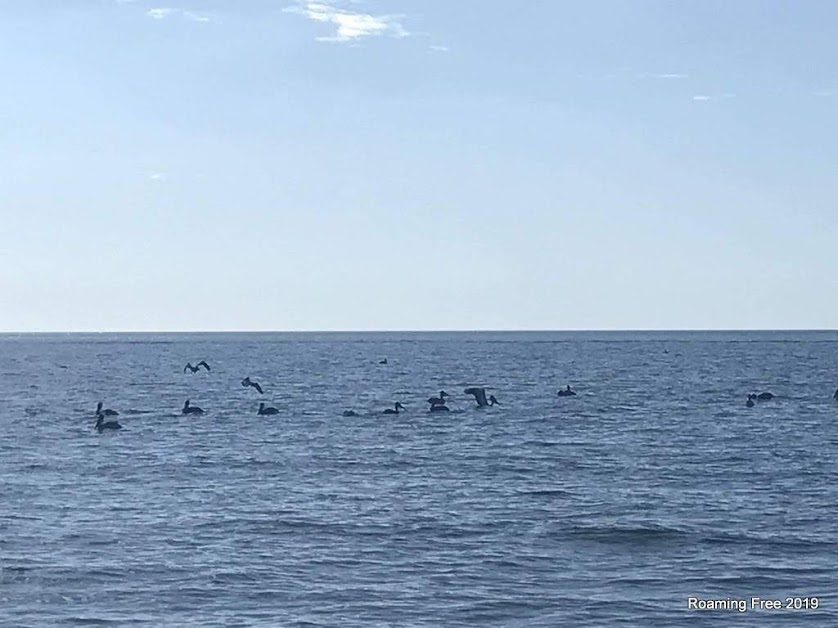 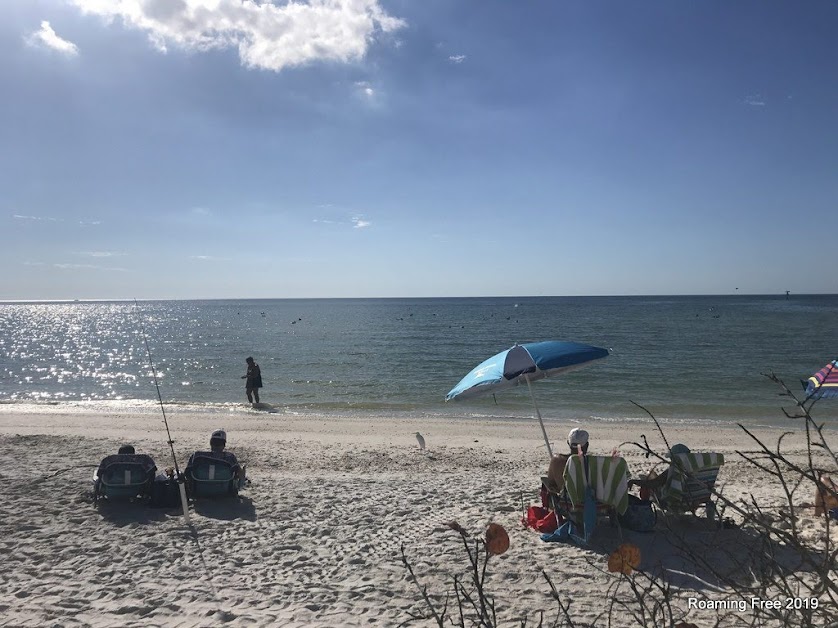 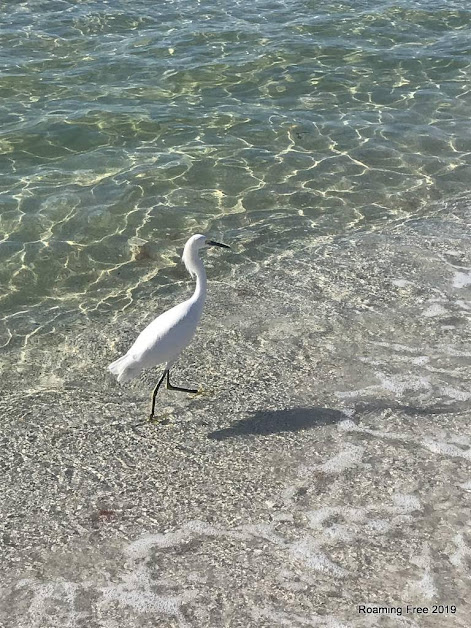 We followed this little guy back to our chairs.  After we’d had enough sun and salt for the day, we went back to the RV Resort – and to the pool for a cooling swim!

Yeah, I’m still not much of an ocean person!

This past weekend, we needed to finish up a little Christmas shopping so we could get our packages to the boys in the mail.  We had several stops to make around Fort Myers, and ended up at Fort Myers Beach in the afternoon – it was a cloudy day, and still early in the season, so it wasn't too crowded at the beach. 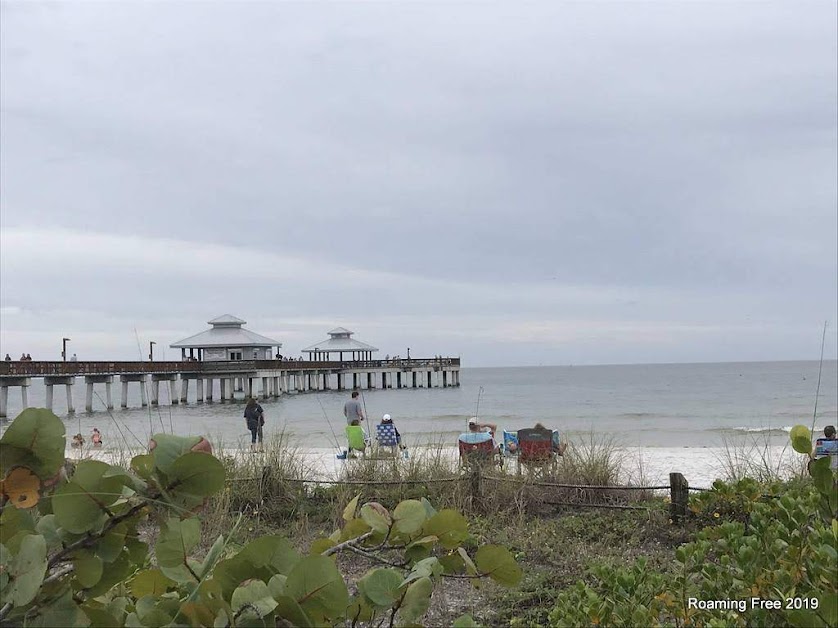 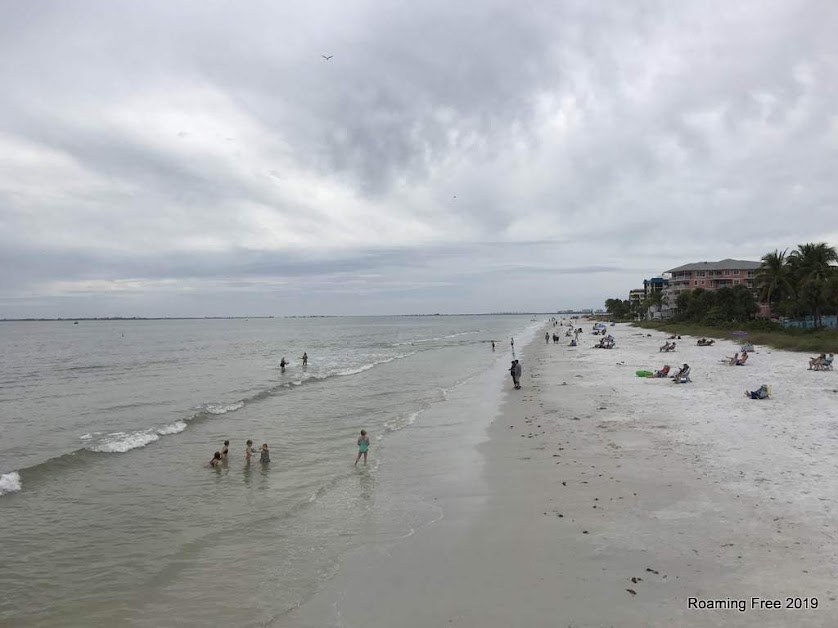 We walked out on the pier and through the shops around Times Square. 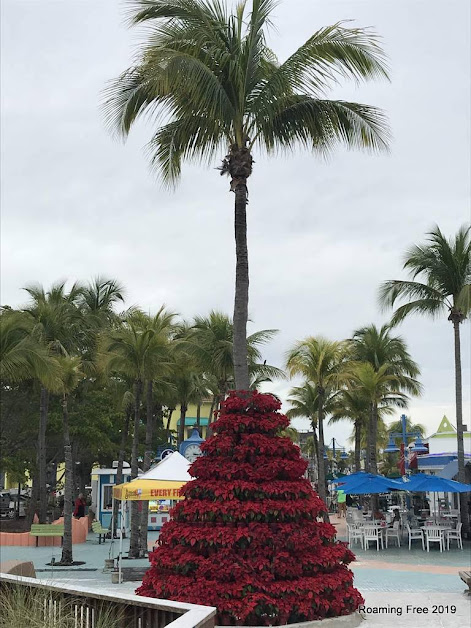 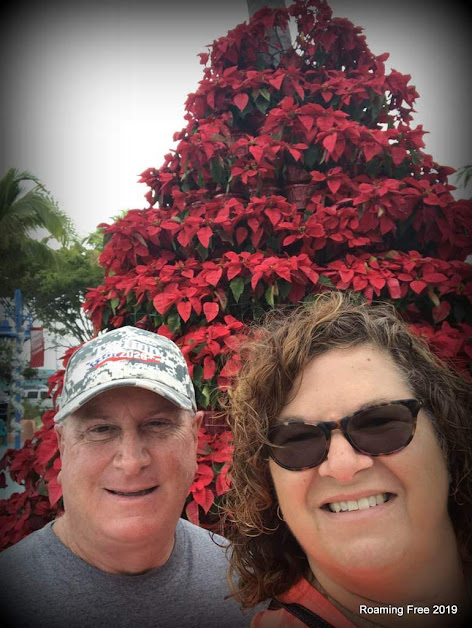 Interesting sights around the beach . . . that’s quite a vehicle for getting around on the sand . . . 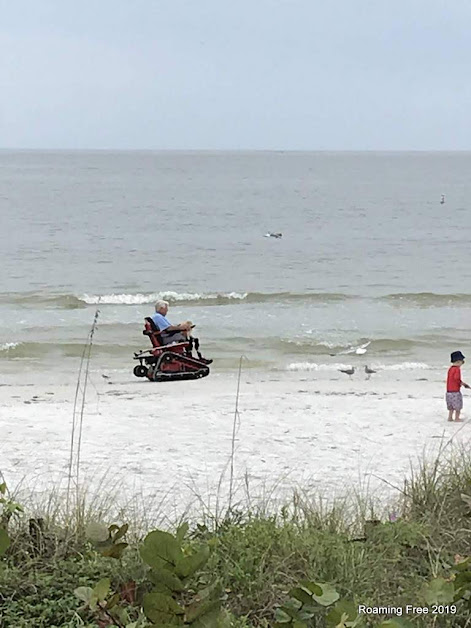 and anybody need a boat motor?? 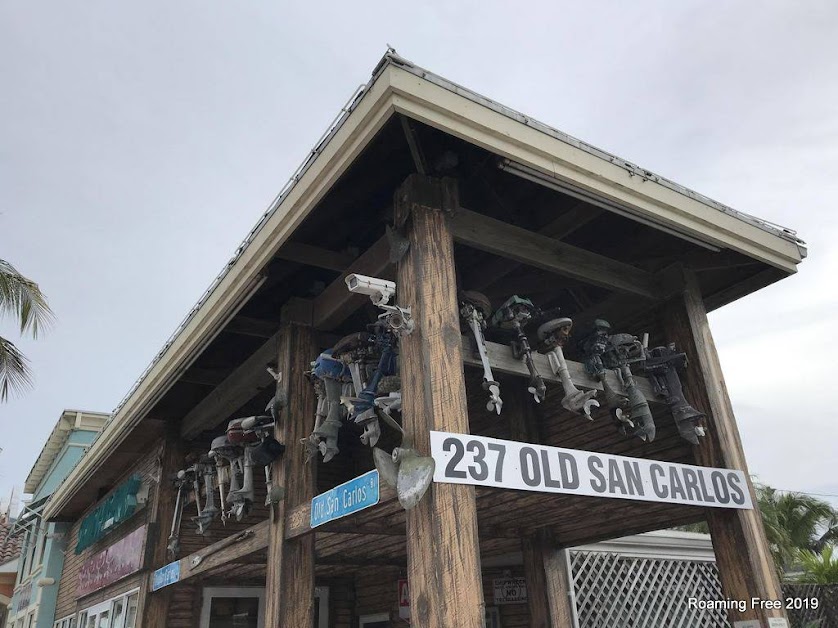 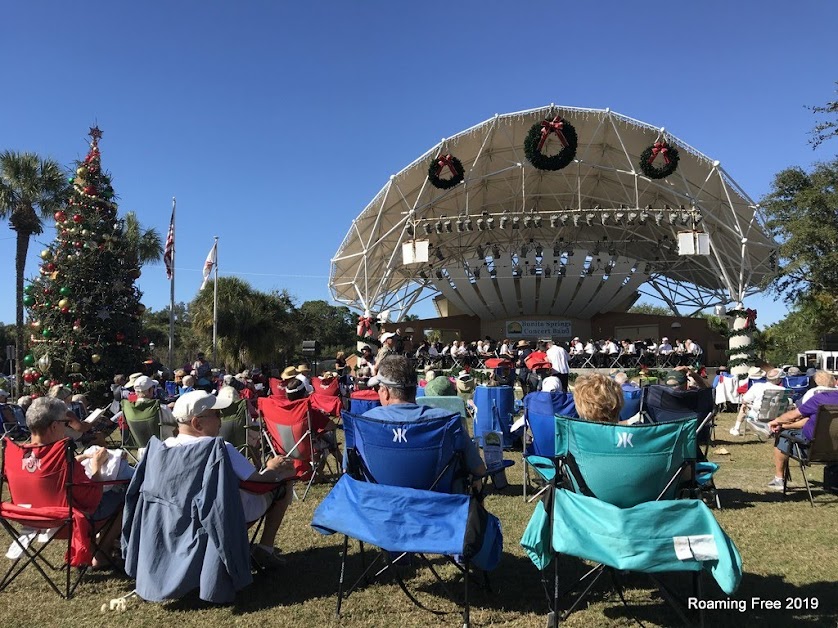 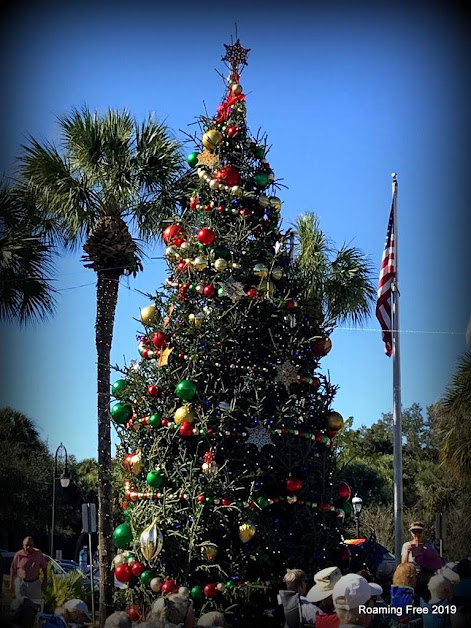 It was a beautiful afternoon, and the band was very good!  Santa was even there with an elf, passing out candy canes to the crowd!

Looking forward to Christmas and New Years celebrations here, and doing some more exploring of the area during my time off from work!