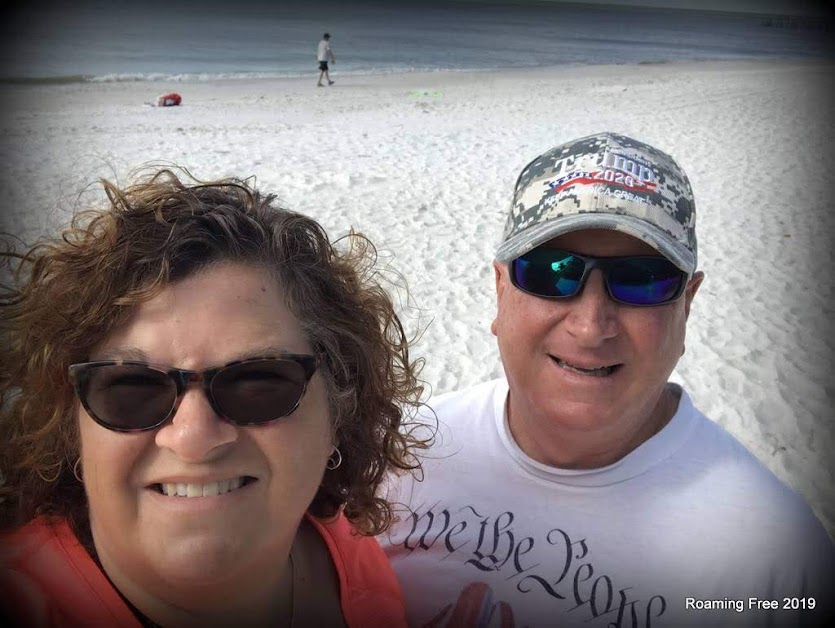 With all of our Christmas shopping and shipping done, and me off work for the rest of the year, we had some time to get out and about around Naples to enjoy some of the holiday decorations and festivities.

Last Friday was a beautiful day, so with the top down on the Jeep, we headed out along the beach to Naples.

It was pretty windy, but there was still a good crowd at Vanderbilt Beach. 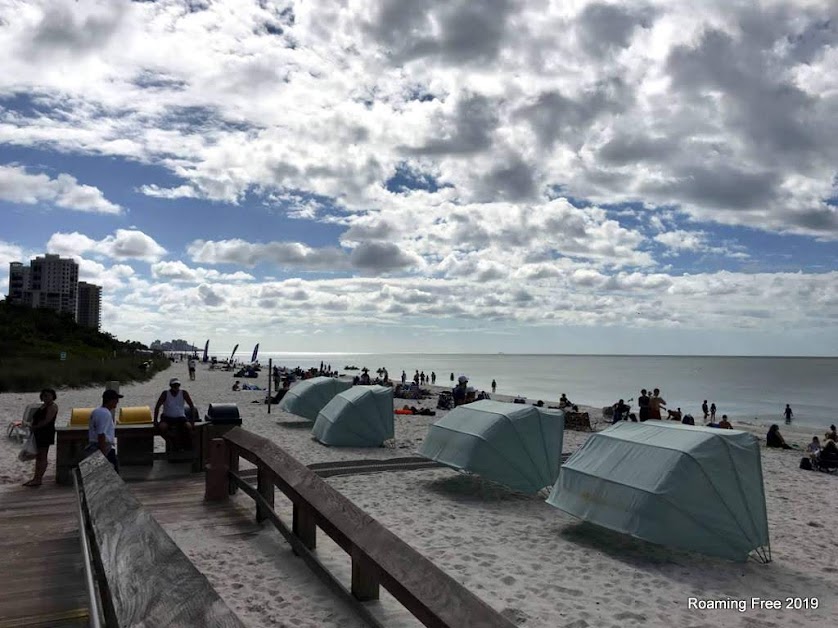 We stopped in at the Ritz-Carlton Vanderbilt Beach to check out the gingerbread house in the lobby. 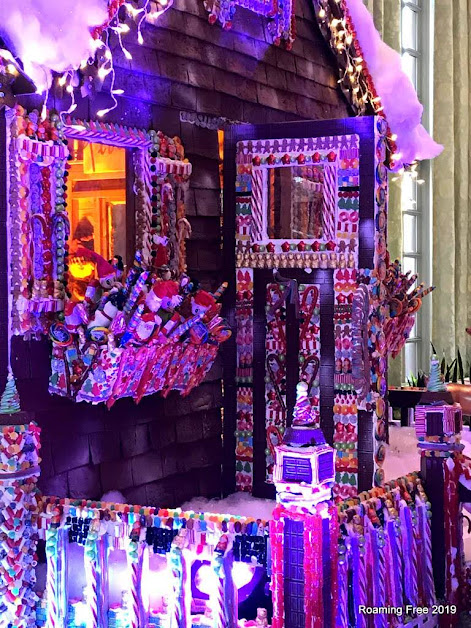 It was very elaborate, with tons of gingerbread and candy decorations. 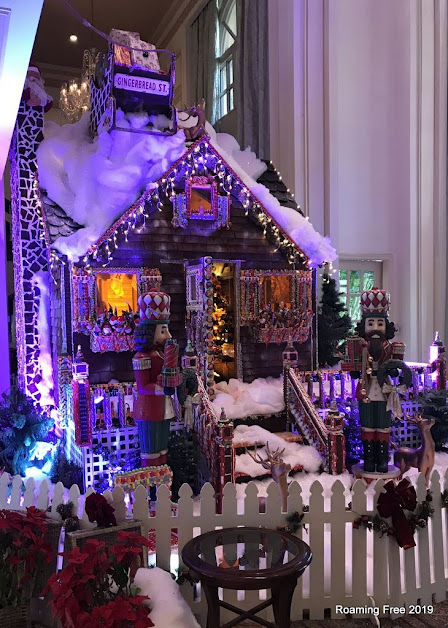 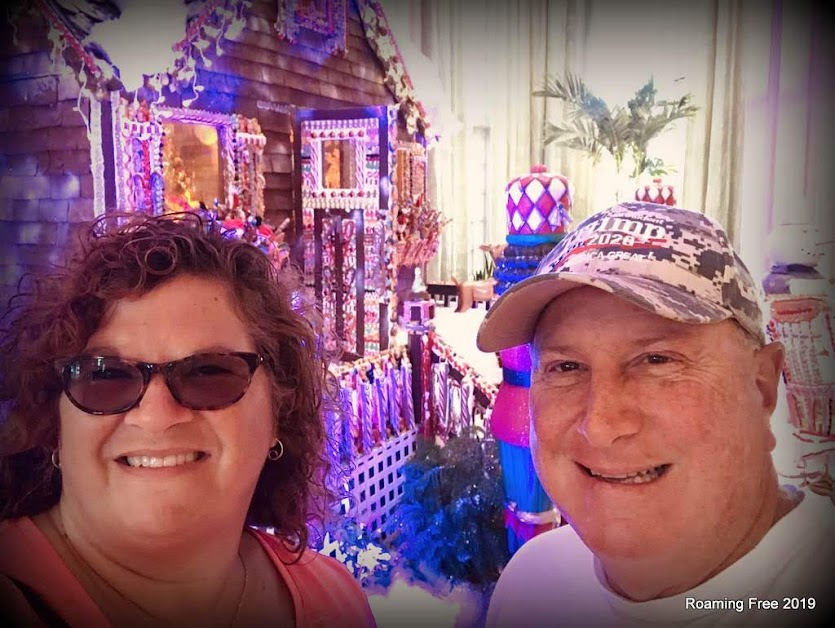 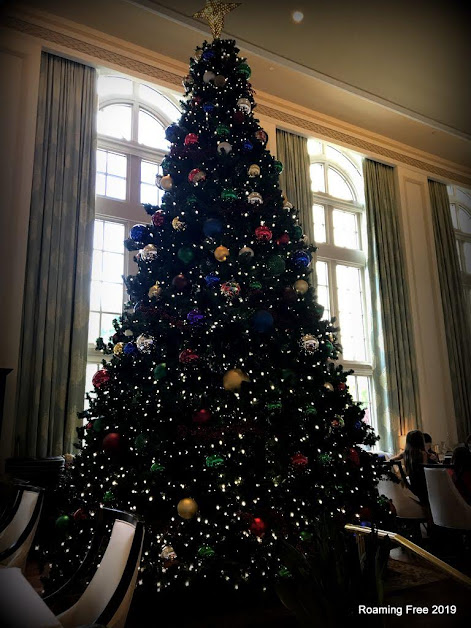 It must have been “Breakfast with Santa” day, because there were lots of kids around at the dining tables, all dressed in their fancy Christmas outfits – very cute!

Lots of bears lounging around on the couches, too! 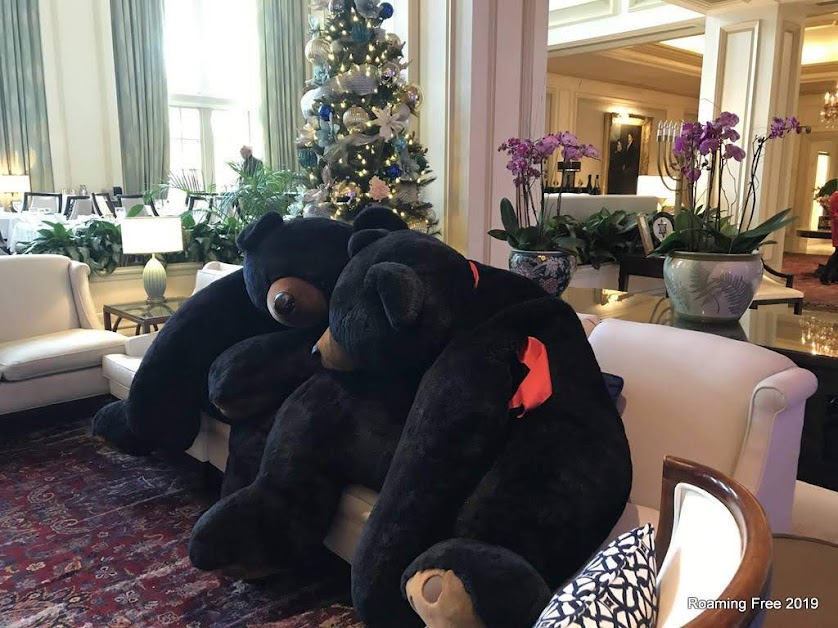 Continuing into Naples, we drove down 5th Avenue, but didn’t stop to do any more shopping.  We stopped at several of the beach access spots in the residential area along the coast.  They all look pretty much the same – and were definitely less busy than the public beach up at Vanderbilt Beach. 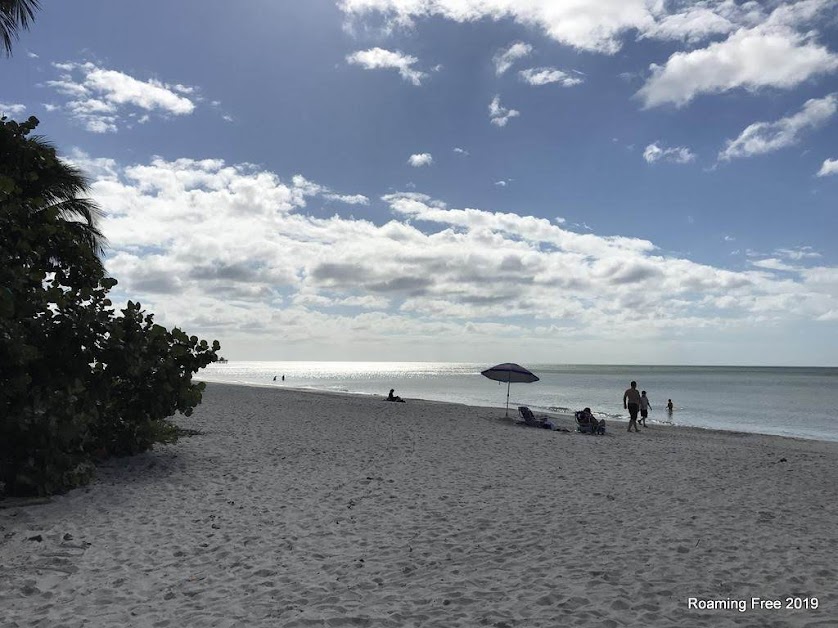 We had found ourselves in a very upscale neighborhood, and just drove around for a while with my realtor.com app open on the phone, checking out prices on houses for sale . . . the highest we came across was $66M, and there was nothing under $1.5M . . . definitely not our market!

We ended up by the marina and stopped in at Tin City to take a walk through the shops.  We were getting hungry by then, so headed out in search of something to eat.

Santa standing outside this little Italian restaurant on 41 got our attention, 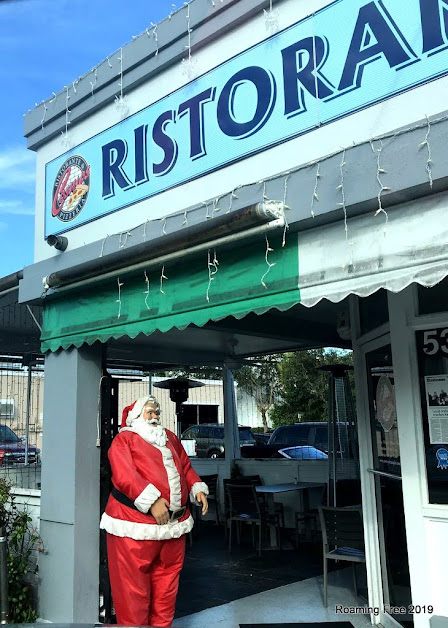 and we stopped in for our favorite dinner – pizza and salad! 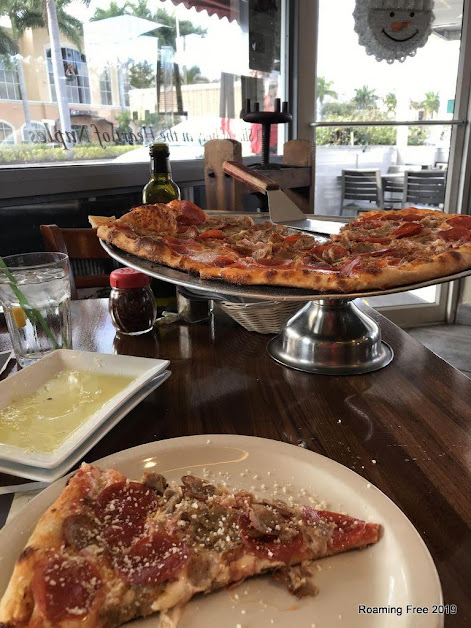 YUM – it was good, and as typical, we took half of it home for another dinner later in the week!

On Saturday after mass, we took a drive through a neighborhood we had heard about that puts on quite a light show. 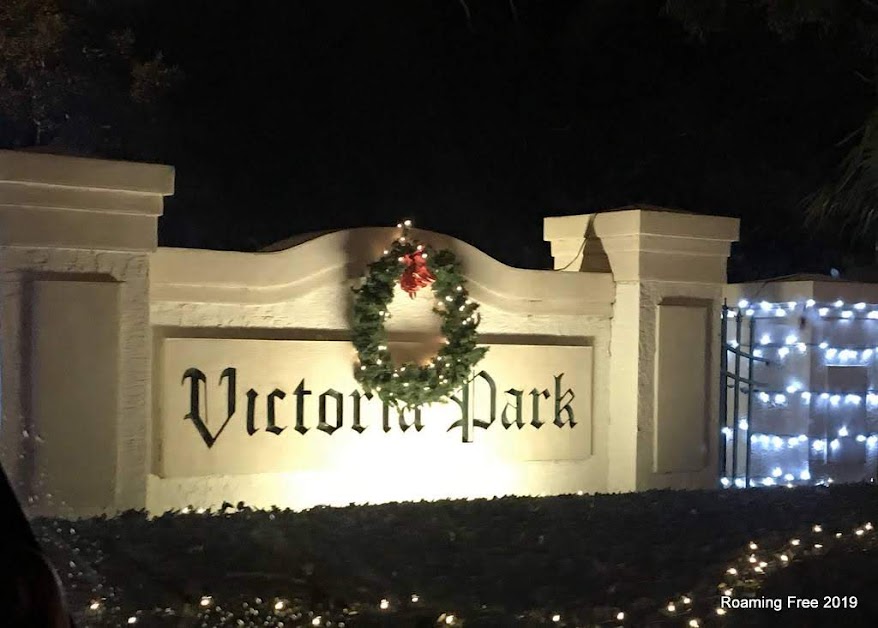 It was as good as promised – every house in the neighborhood had lights  – some of the displays were extremely elaborate. 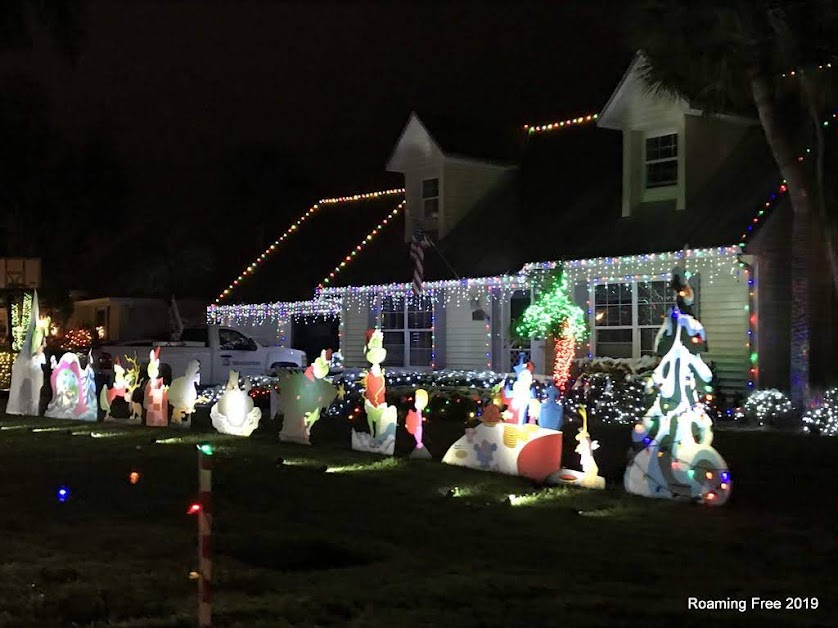 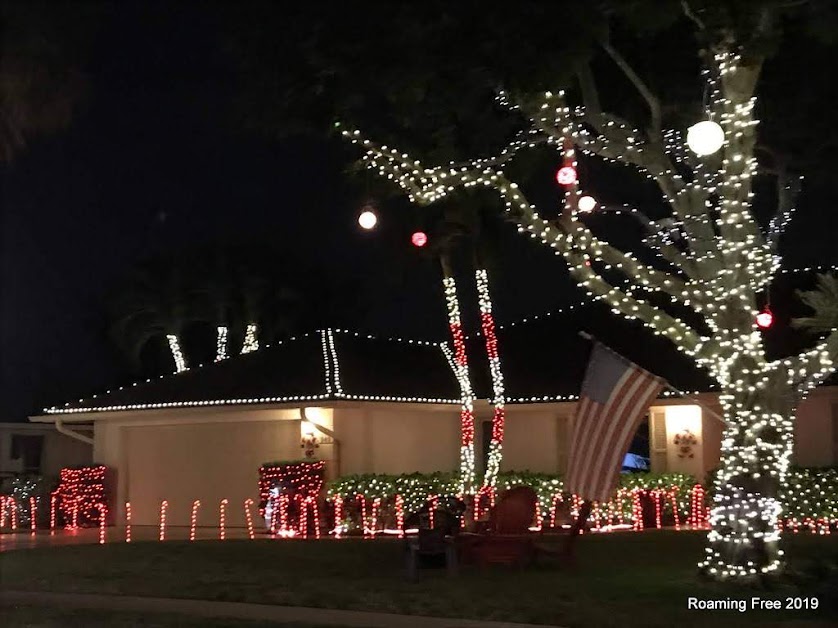 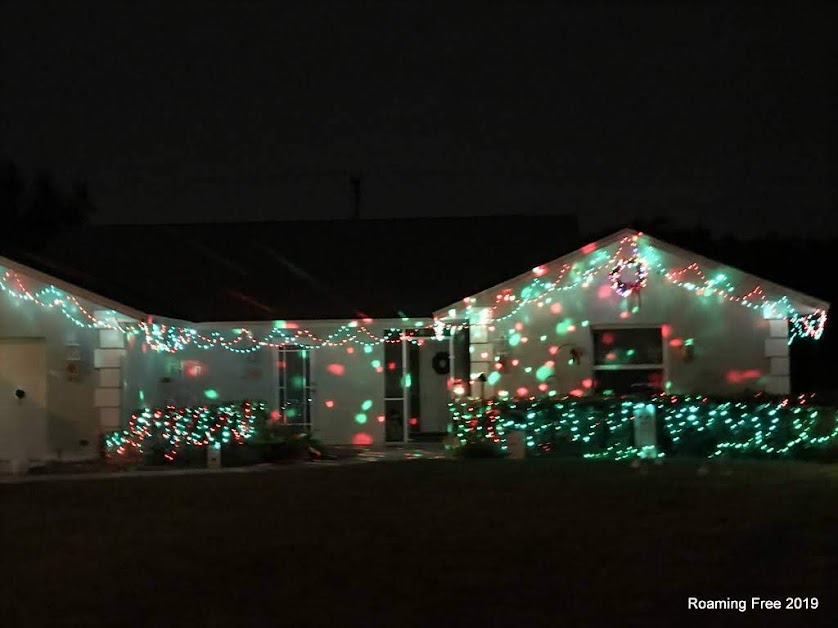 Many of the streets had themes – trees, snowmen, candles, snowflakes . . . 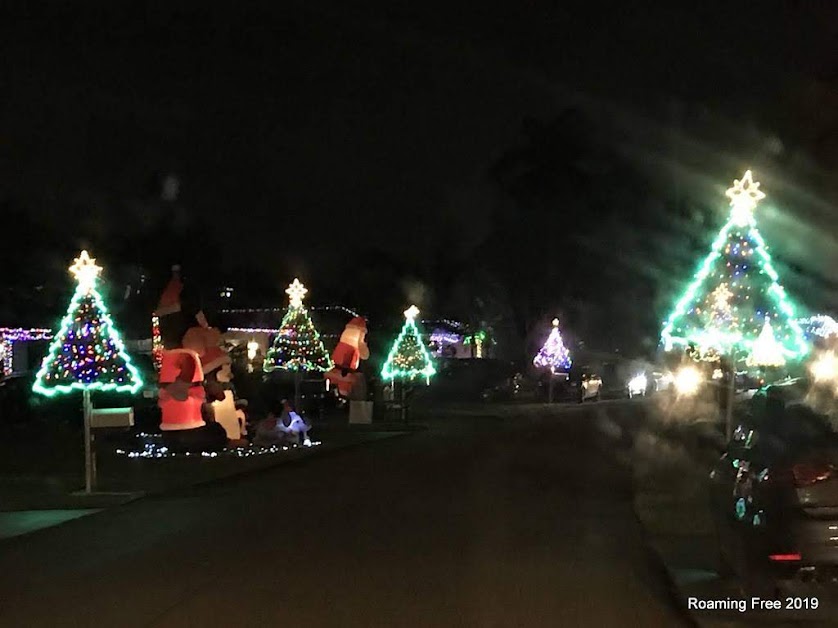 and one street had even built archways over the road. 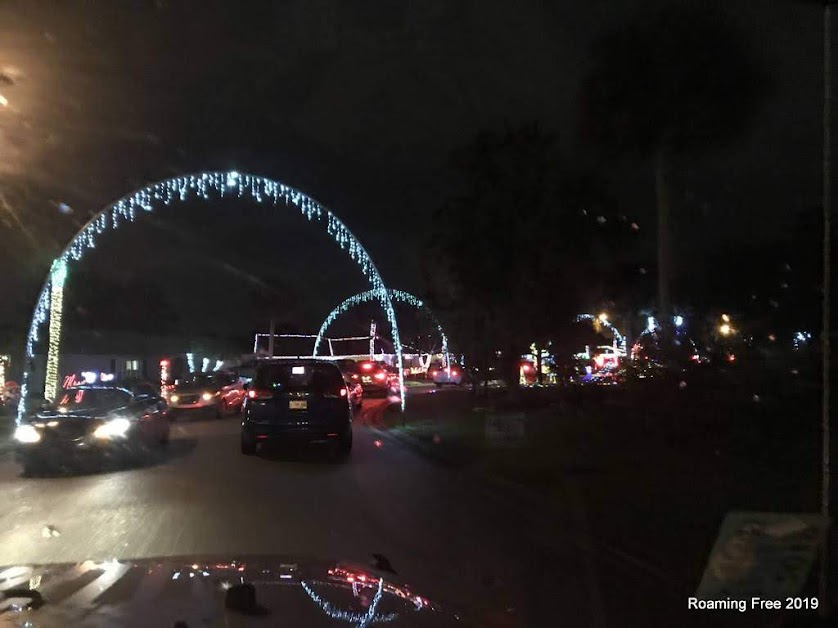 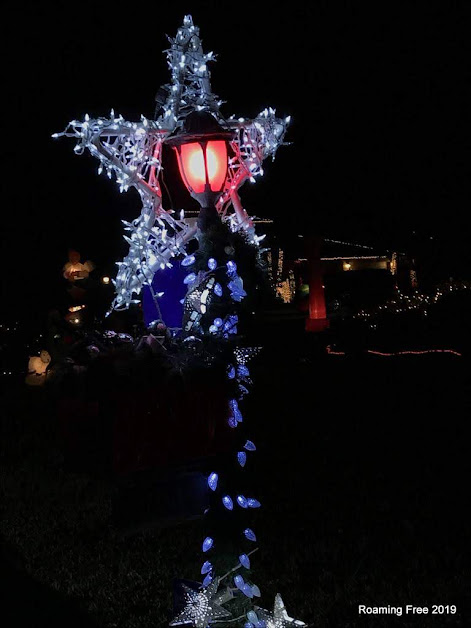 All of the lightposts and mailboxes were decorated in the theme of the street, too.  It was raining lightly while we drove around, and it looked like if the weather were better, there might have been more people out in the yards – most of them had firepits and chairs set up in the front yards.

There was one house where they had a snow-making machine, and they had a good part of the yard covered in the fluffy white stuff.  You don’t see that often in Florida! 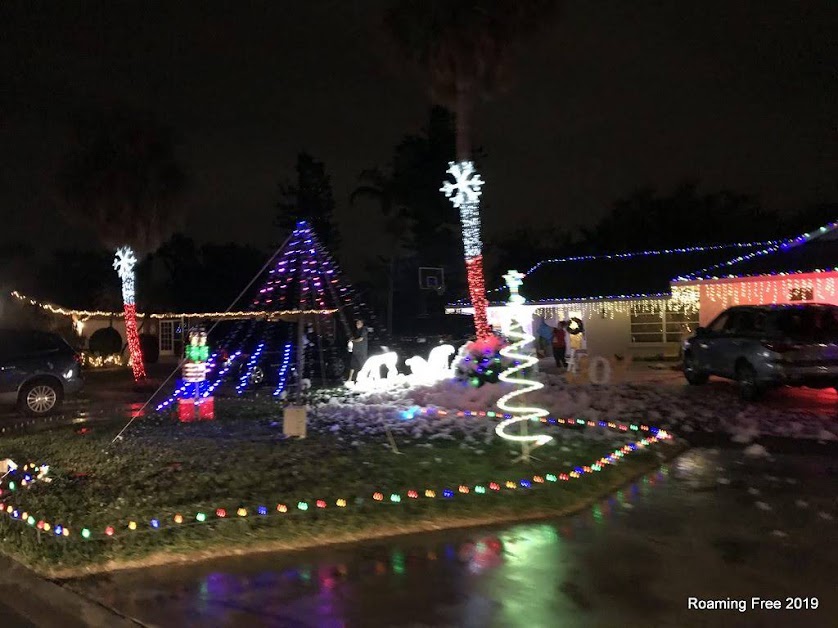 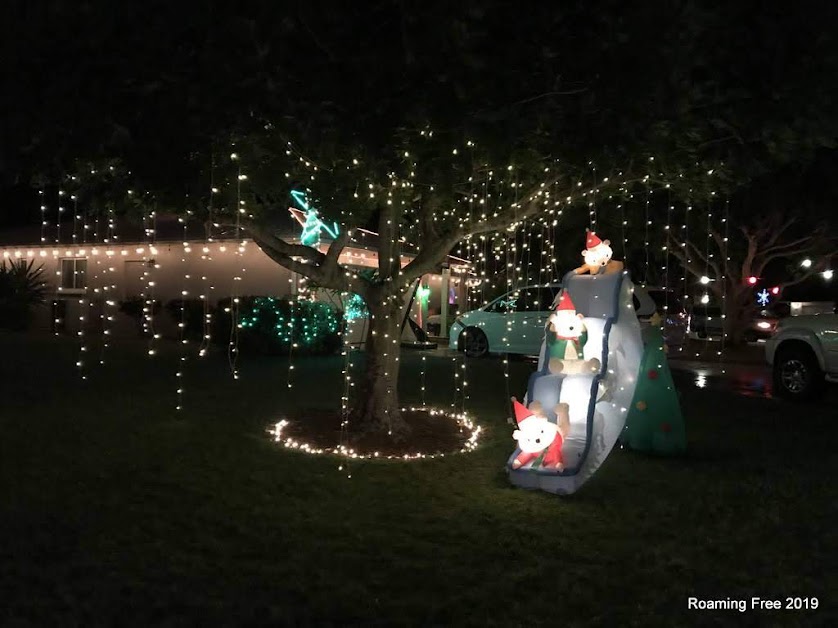 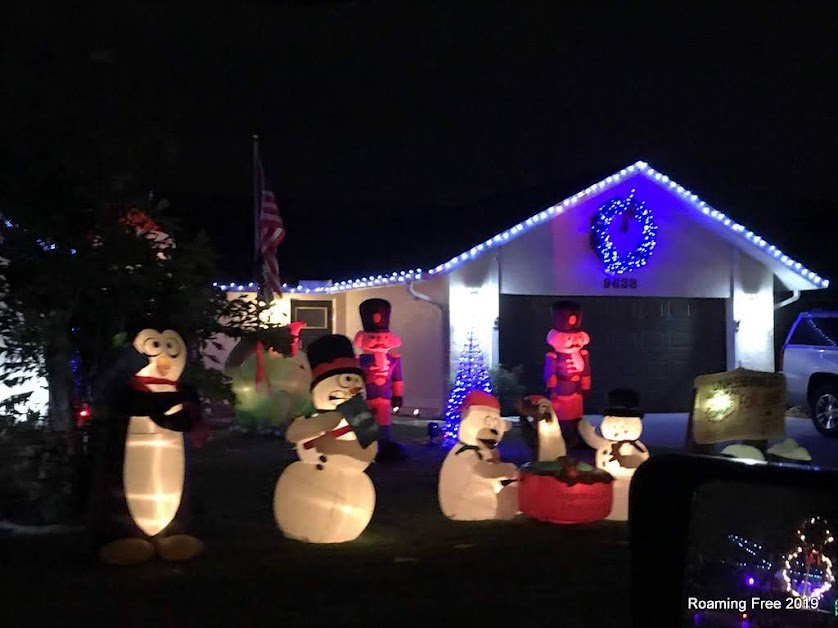 We spent about an hour hour driving through the neighborhood streets, and lots of other people had the same idea – we even saw a few trolleys driving through, and trucks pulling trailers full of kids (they were getting a little wet, though!)

It was an enjoyable evening! 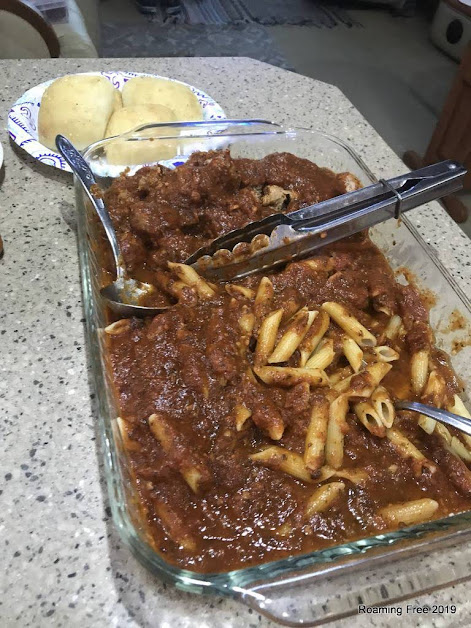 The park we’re at has a catered dinner on Christmas, so I did my cooking on Christmas Eve – I made spaghetti with meatballs and pork tenderloin; it was Tom’s Mom’s traditional Christmas meal.  Mmmm – very good!

French Silk Pie for dessert after “Midnight” Mass (at 9pm!) 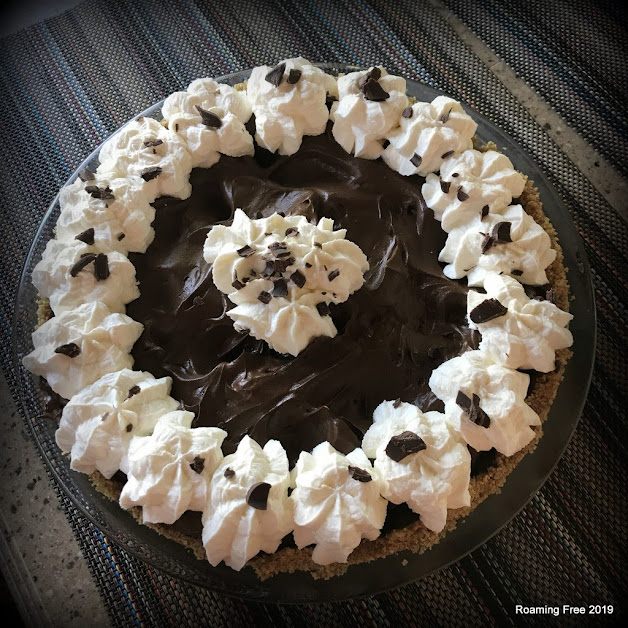 Mass at St. Leo’s was very nice . . . the girl who sings there is very good – we could listen to her all night.

MERRY CHRISTMAS to all of our friends around the country!  We hope everyone had a nice Christmas like we did!  We missed having the boys with us, but we’ll be seeing both of them soon . . . and that is the evolution of life! 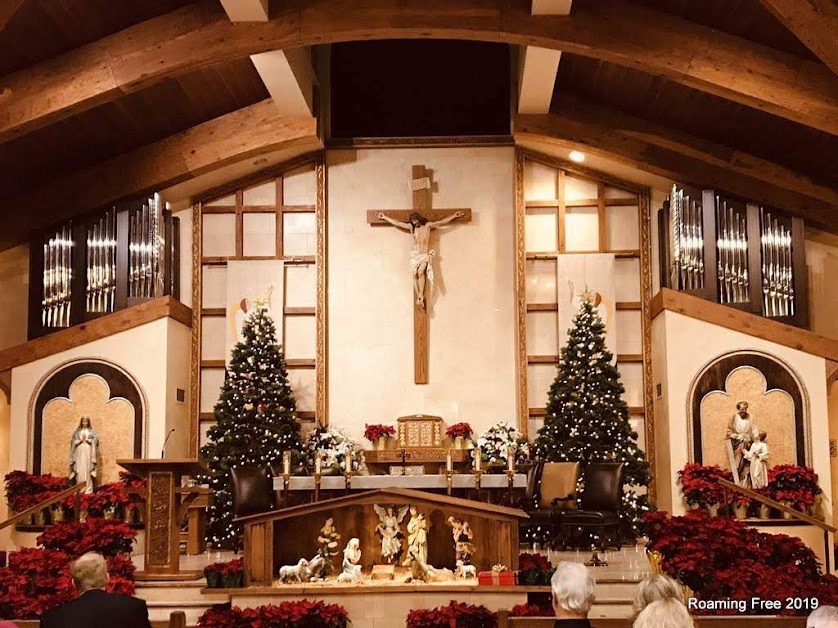