A couple of weeks ago, I wrote about how we went to the local Hobby Shop and watched the guys race their RC cars, but I didn't have my camera with me.  So, this Friday we went back for "Family Fun Night" and I was more prepared.  We got there earlier (5:30pm) to get a better spot at a table, but even so, it was already crowded! 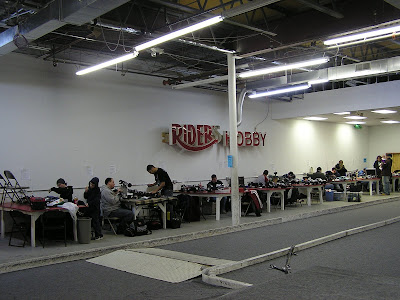 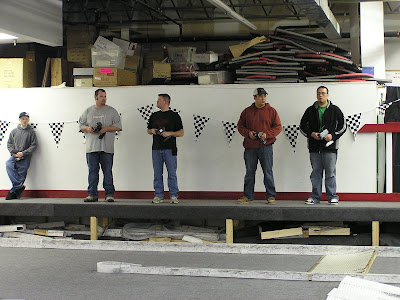 and his Dad.  They were really nice and helped Nicolas out quite a bit on his first night of "real" racing.  There were a few kids there, but mostly it's a hobby for the guy who hasn't quite grown up. 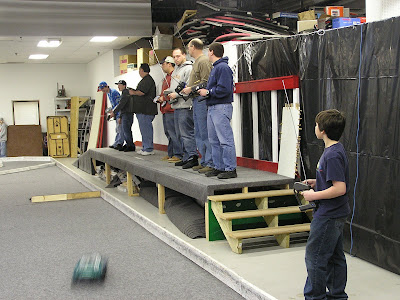 Bryce isn't quite ready for racing yet -- he needs to figure out how to keep the wheels on the ground -- LOL!  I know it's blurry (I need a better camera!), but that's Bryce's car in mid-air! 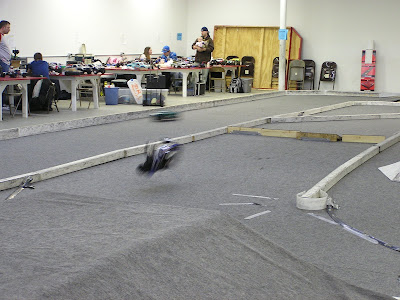 Racing starts at 7pm, so Bryce had some time to play beforehand. 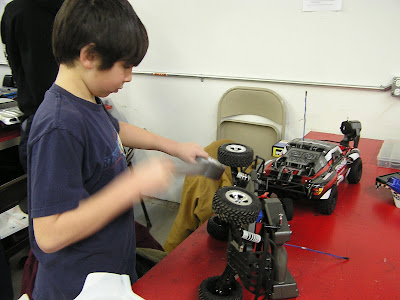 Nicolas had some parts to change out before the racing began, so he got right to work on that. 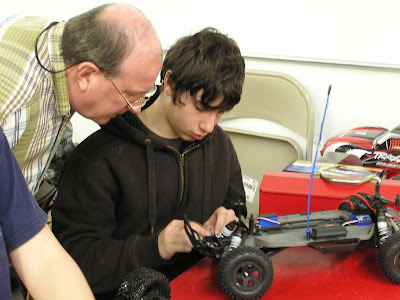 Finally it was time for the racing to begin!  We have our cars . . . 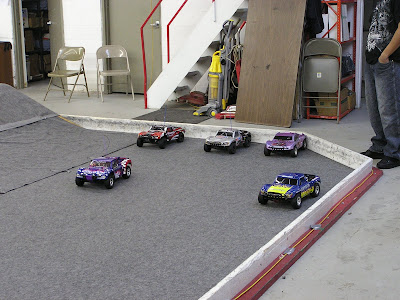 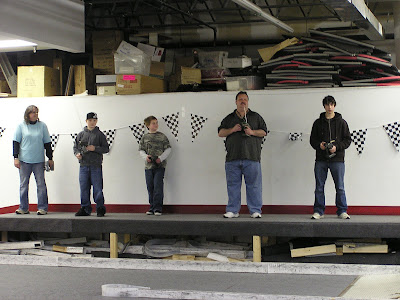 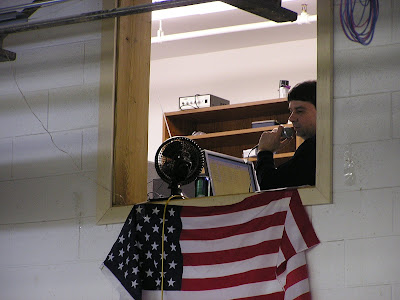 They do three rounds of "Qualifying Races", and then the final race, in each of 6 different classes, so it was a LOOOOOOONG night!  Nicolas ended up at the top of the "B" group in his class, and got the starter position in the final race.  All lined up and ready to race!! 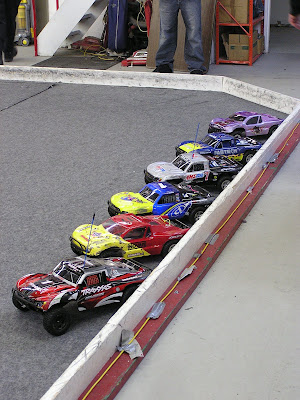 That's Nicolas' red car in the front.  He maintained the lead for the full 7 minute race, and took first place in his race, 8th position overall for the class of car he was racing -- YEAH, not bad for a 1st timer!!  No prizes -- just a lot of fun!