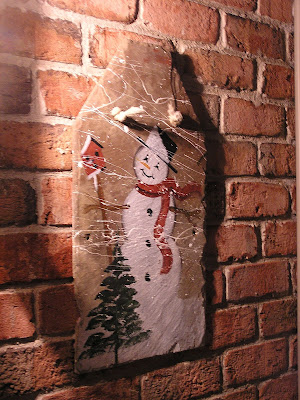 Yes, it looks like winter is back in Michigan -- at least for awhile!  I don't mind, I kindof like the snow!  Nicolas and Bryce already know they have a snow day tomorrow 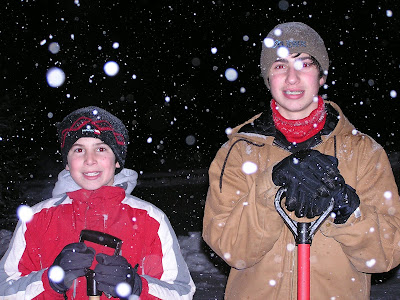 so yes, they are happy!  They shoveled the sidewalks while Tom plowed the driveway, 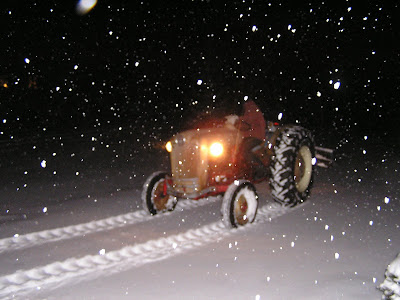 and now Nicolas is pulling Bryce on the sled behind his three wheeler. 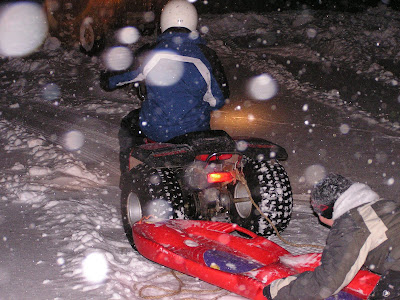 At the rate this snow is coming down, they'll have to do it all over again tomorrow!

This past weekend we had Nicolas' confirmation sponsor, Father Charles - the Chaplain from their school, over for dinner.  It was a nice afternoon of visiting, and the boys played some pool with him. 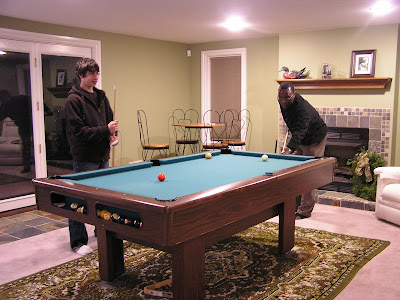 I made lasagna for dinner, and an apple pie for dessert -- YUM! 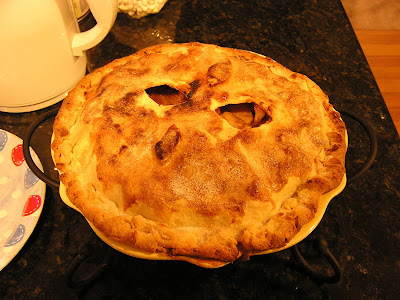 Today we made sure we got home early so we could watch Oprah.  If any of you saw the show today, there was a segment on a group of Sisters (nuns) from Michigan.  These are the Sisters who run Nicolas and Bryce's school.  It was a nicely done segment, even though Oprah kept wanting to talk about all that they "give up" to become Sisters.  They had done a little bit of filming at school one day, including some footage of Nicolas playing his guitar in the chapel, but that didn't make it into the show.  The focus was more on the community, rather than the school, but it was a great opportunity for them to get the word out to an audience that they might not reach other wise.

OK, I guess that's it for now.  I'm going to be a hermit for a couple of days until the roads clear!