After our busy day on the river, we were taking it pretty easy on Friday.  We slept in and had a late breakfast -- Nicolas was in charge of the bacon 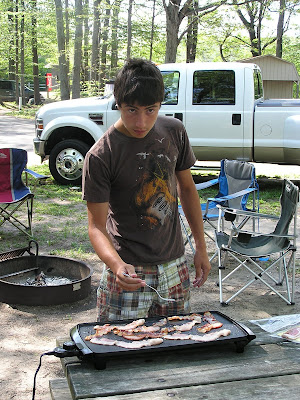 while I made waffles -- YUM!

After our brunch, we decided to take a drive into Glen Arbor.  Glen Arbor is a cute little town on the edge of the Sleeping Bear Dunes National Lakeshore.  As we drove over the bridge between Big and Little Glen Lakes, we caught a nice glimpse of the Dune Climb. 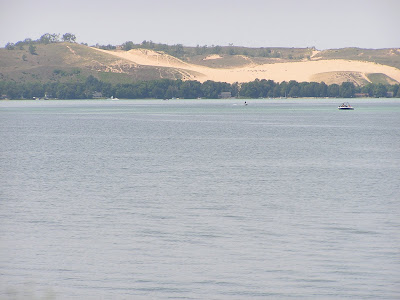 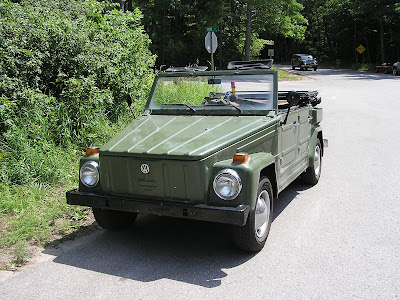 We walked around town, visiting several of the little shops.  I picked up some tea at the Great Lakes Tea & Spice Company -- Summer Splash -- we sampled the iced version, and it was delicious!  We stopped at the IGA for a few groceries, and then continued on to the Cherry Republic, which was the reason the kids wanted to come into Glen Arbor. 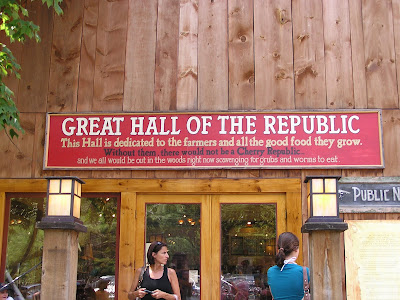 Good thing I didn't pick up any bananas at the IGA! 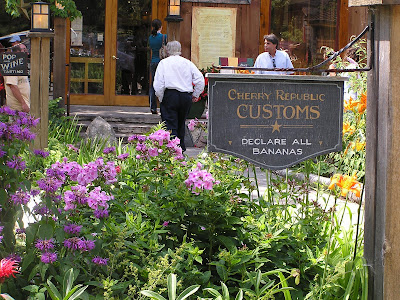 The Cherry Republic is even better than Sam's Club -- they have samples of everything they sell!  The kids were ready to go in, but I made them pose for a picture first! 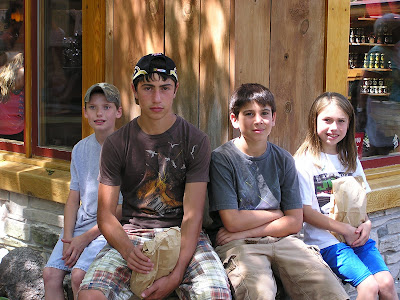 We started out with beverages 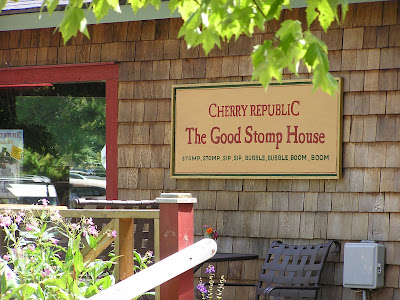 Tom, Todd and I tasted some wine, while the kids tasted several varieties of pop.  Cherry Cola, Cherry Cream Soda, Cherry Ginger Ale, Cherry Root Beer, and plain old cherry -- Boom Chugga Lugga . . . they each got a bottle to take home!  I didn't buy any wine because I still haven't opened the bottle I bought last year!  On to the Great Hall then, and we sampled dried cherries, cherry granola, cherry salsa, chocolate covered cherries . . . and more!  The kids each bought some sour cherry candies, and I picked up a bottle of cherry balsamic vinegar to use in my salad dressing. 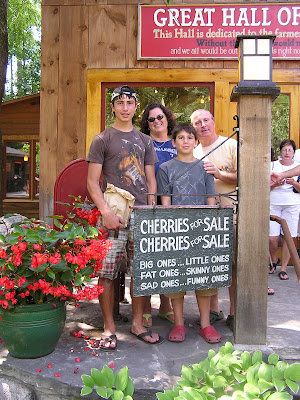 With our shopping complete, we headed back to the RV Park.  After a quick lunch, we went to the pool for the afternoon. 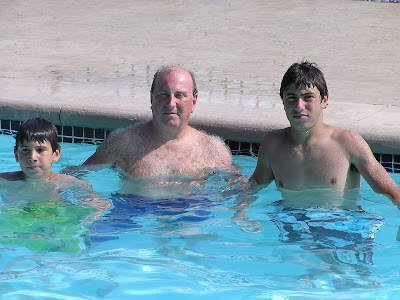 It was another beautiful day in northern Michigan!