Nick turned 15 this weekend, and it was a pretty big deal! 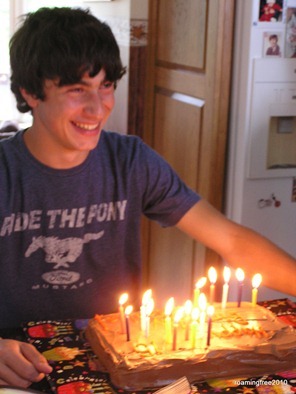 In Michigan, kids can take Driver’s Ed when they are 14 years, 8 months old, and can get their Level 1 driver’s license (allowing them to drive with a parent or other adult) at 14 years, 9 months.  Well, we made Nick wait a little bit longer . . . he was 14 years, 11 months when Driver’s Ed started, and he just finished up last week which meant that we could go to the Secretary of State on his actual birthday to get his license.  Yeah!!

So, for the next year, he’s got to get in as much practice driving as possible, in all different conditions, at least 50 hours.  When we were getting the license, I asked the clerk if it was valid out of state, just to confirm.  She said yes, and asked, “Are you planning on driving across the country, getting all 50 hours in one trip?!?”  I hope to be heading out this year still, but probably not all the way across the country!  We will be in Indiana and Illinois some this summer, and just wanted to make sure he can drive while we’re there.

We were going to pick up my Mom on Friday, so I had Nicolas drive.  It’s almost an hour to her house, so that’s a pretty long trip!  He did really well.  On the way there, going south on US-23, we spotted an RV up ahead, and I commented that it looked like ours.  Sure enough, as we got closer, we could see that it was an X-Aire!  So, that makes 2 now that we’ve seen, besides ours.

Bryce had a baseball game on Friday night, and we we’re concerned that he might get rained out or, worse yet, have to play in the rain!  We got lucky, though, and they got their game in without any rain. 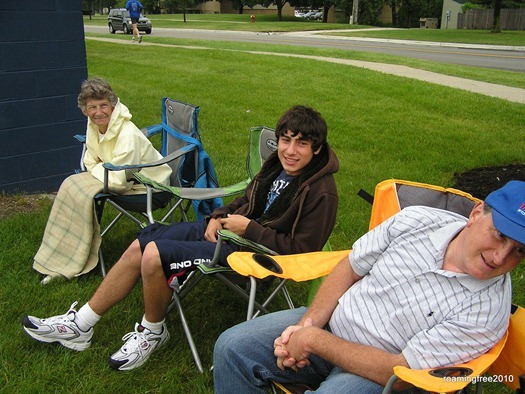 No rain, but it was a little chilly on Friday!

Bryce got a couple of good hits, and they won the game in 5 innings.  They normally play 6 innings, but they have a 2 hour time limit, and this was the 1st game they’ve had this year where they’ve actually hit that time limit.  By the time the 2 hours was up, we were freezing!  The Coach was taking the team out for ice cream, but Bryce decided to pass, opting for hot chocolate at home instead! 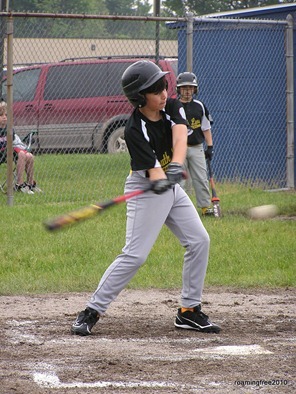 He’s got his eye on the ball, and he’s going to hit it good!

His team is doing really well, and they are in 1st place in their division, with 5 games left in the regular season. 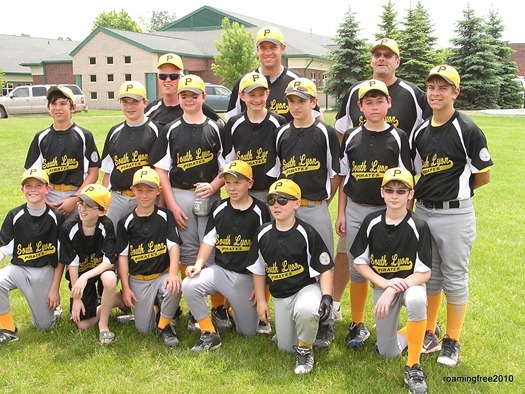 On Saturday, Nick had a few of his friends over for a BBQ and campfire, and a couple of the younger brothers came along to hang out with Bryce.  Several of our family friends have 2 boys – one Nick’s age, and one Bryce’s age . . . it’s very convenient!  It was a great night to be outside, and we had a nice time catching up with what’s going on in everybody’s lives.

Sunday was the family gathering, and we had a really nice afternoon with a good dinner, and Nicolas was sufficiently spoiled, as usual! 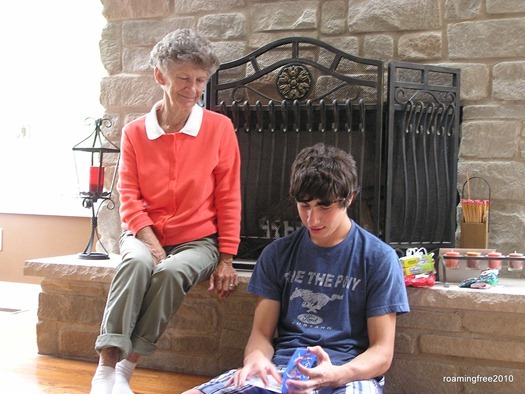 Grandma watches as Nicolas opens all his presents

Grandma went home Sunday afternoon with my brother, even though we told her that she could stay all week – Bryce would have been thrilled to have an opponent for cards all week long!  We’ll have to find a reason to have her come back and stay with us again!