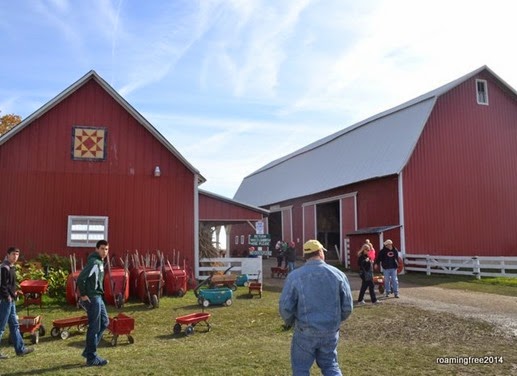 Last year, Nicolas was upset that he never got a pumpkin for Halloween, so he was determined to get one this year.  Sunday was a nice day, so after picking up Grandma to go out to my sister’s house, we stopped on the way at a local Pumpkin Patch. 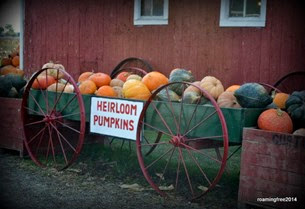 There were lots of wagons full of pumpkins to choose from, but the boys wanted to pick their own, so we headed out into the pumpkin patch. 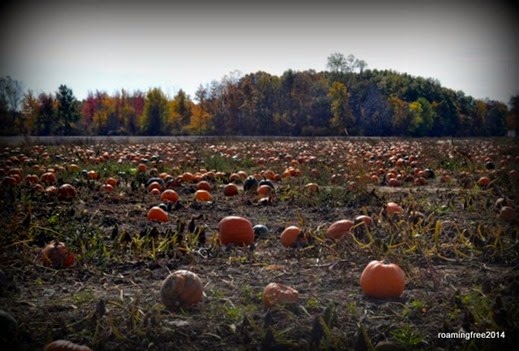 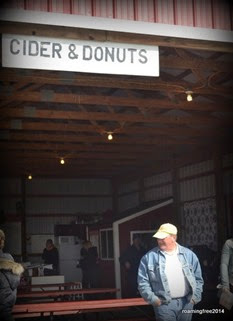 We left Grandma in the donut barn to wait for us while the guys searched for the perfect pumpkins. Bryce has a design in his head already, so he carefully studied each pumpkin to see if it would fit. 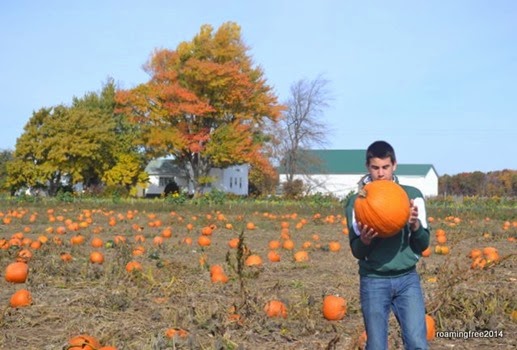 While they searched, I took some nice fall pictures. 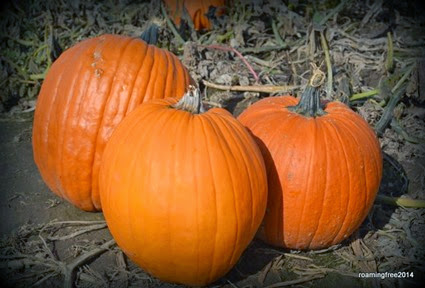 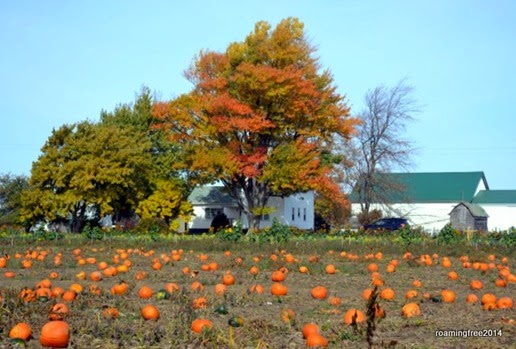 Soon they had looked at enough, and settled on their perfect pumpkins. 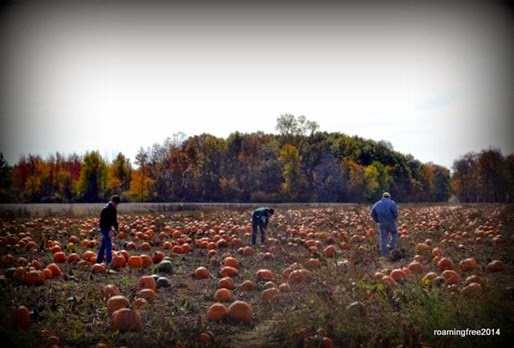 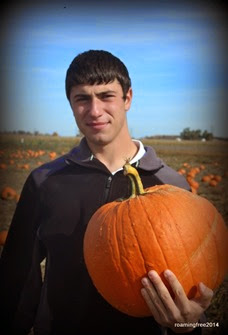 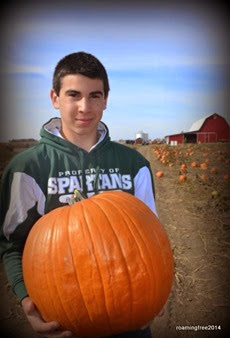 Tom even found one for us to carve! 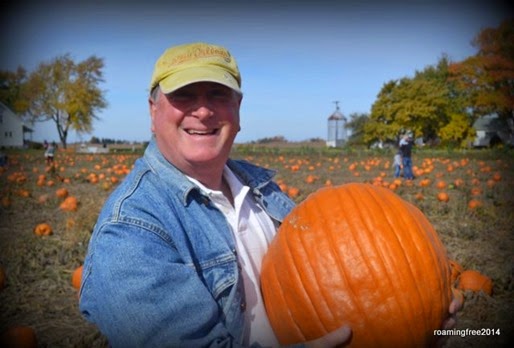 We probably should have brought a wagon into the patch!  Oh well, the boys are strong, and they carried all three pumpkins back to the donut barn where Grandma was waiting with donuts and cider. 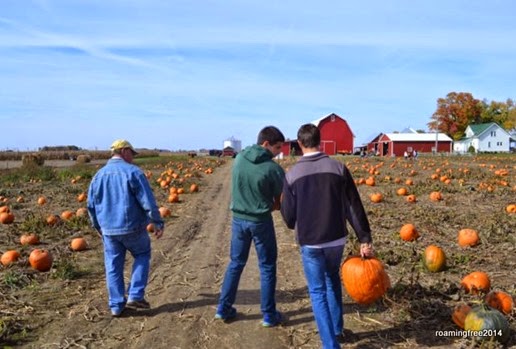 From the pumpkin patch, we continued to my sister’s house where we met up with another sister & brother-in-law, and my brother to go to their church’s Fall Festival.  We had a delicious turkey and roast beef dinner, bought some chances on gift baskets, and played a few games of bingo . . . Nicolas won $2, and Danny won $1.50 . . . OK, not real big prizes!

On the way out, we stopped for a photo-op with Pope Francis. 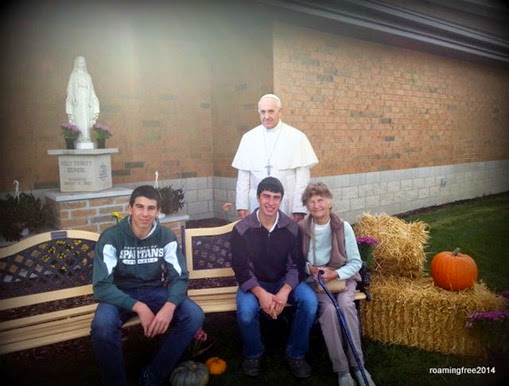 Back at Tina’s house, the boys got to play cards for awhile, and we all enjoyed the apple pie that Donnie made . . . although we barely had room for it after that dinner!