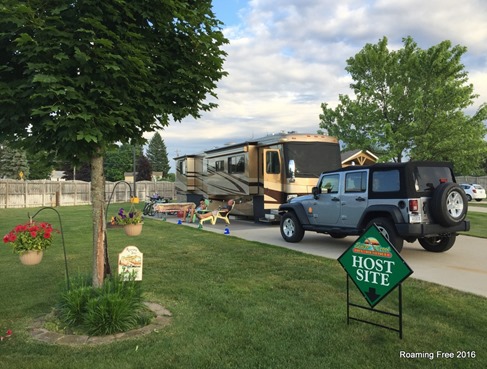 Settled back into the campground, we managed to complete another project while Bryce had a couple of free mornings this week.

I had seen these solar light holders on facebook, and I really liked them.  I also thought they’d be perfect for campgrounds that don’t like you to stick anything into the ground.

We bought six terra cotta 6” pots and six solar lights.  Tom had to open up the drain hole in the bottom of the pots so that the solar lights would fit, and that proved to be the most difficult part of the project.  A step drill bit (which he had to borrow from another camper), followed by the dremmel tool managed to get the job done – and without breaking any of the pots! 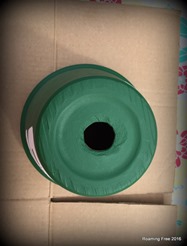 Then Bryce and I painted them – three of them in green and three blue.

The next step was to find our patterns.  Bryce, of course, wanted the green ones to have Spartan logos, and I was putting NAVY on the blue ones.  WE printed out our patterns, and each decided on a different method of getting them on the pots.

Bryce made stencils out of his patterns, and painted inside the cutout areas, 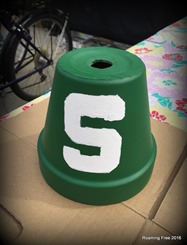 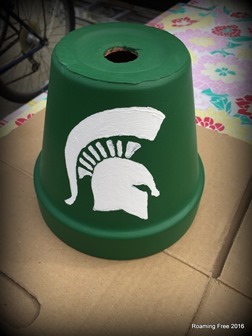 and I traced the outline of my patterns with a white pencil, and then filled them in. 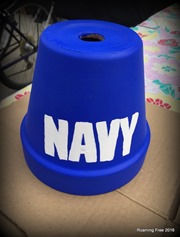 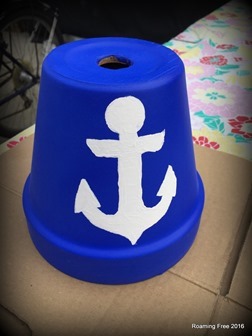 I think they both turned out pretty good! 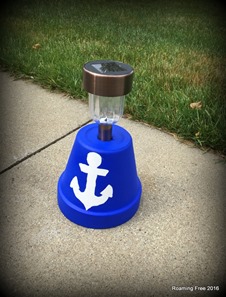 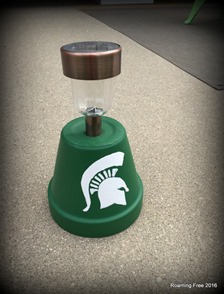 We placed them around our patio, and across the front of the RV. 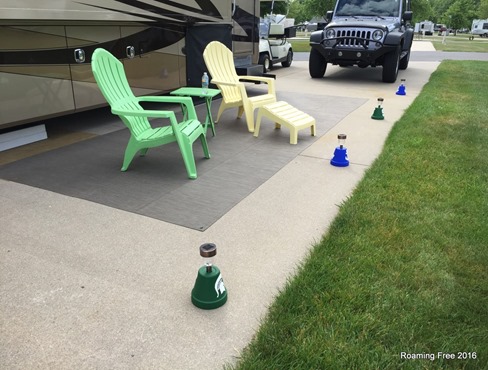 I had to go back out at night to get some pictures of them lit up! 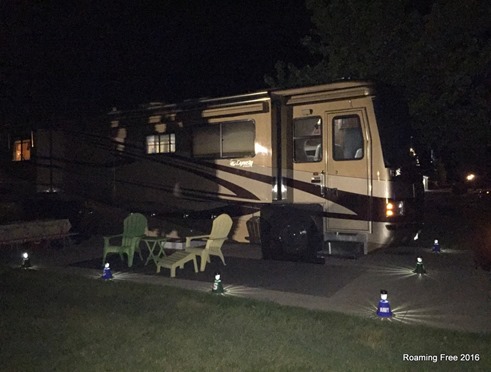 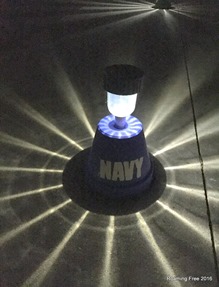 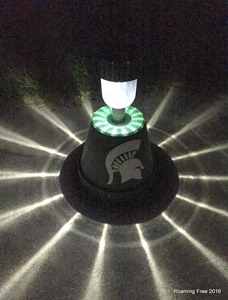