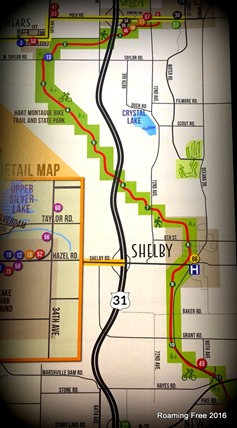 Friday was a day off for both Tom and I, and Bryce was working, so we decided to load our bikes on the Jeep in the morning and go for a bike ride before it got too hot.

The Hart Montague Bike Trail is a “rails to trails” park that runs 22 miles along Us-31, between Hart and Montague.

We parked in Mears, and picked up the trail at about the 2 mile mark. 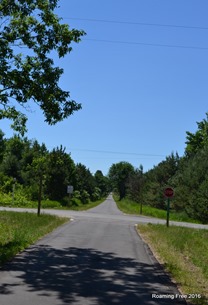 The first part of the trail runs through cherry orchards and farm fields. 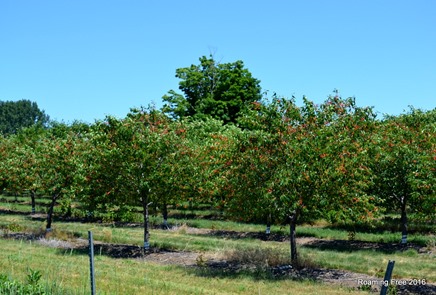 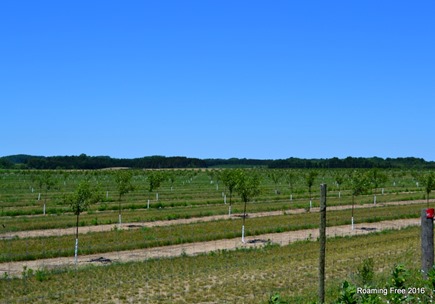 We’re in a very agricultural area here – there are cherry orchards, peach orchards, apple orchards, and the asparagus capital of the United States (who knew??!!)

There were some interesting rock pillars at the edge of the cherry orchard. 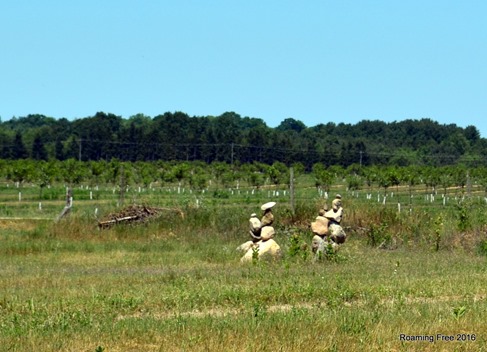 It was a beautiful morning, not too hot and just a nice light breeze.  The next couple of miles were shady, 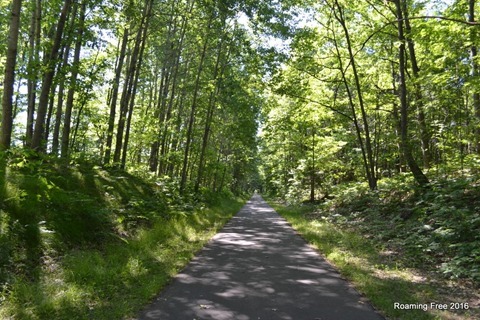 until we crossed under the freeway and got close to Shelby, then it was a little sunnier. 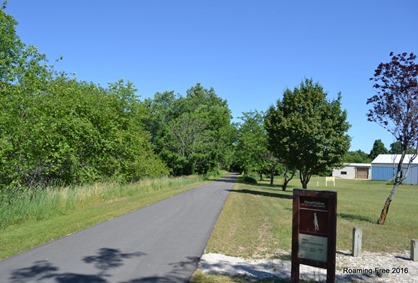 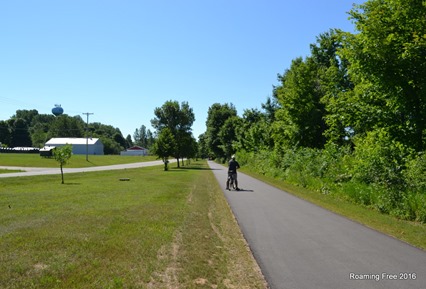 Shelby is the biggest town that the trail passes though, and it runs parallel to Main St., through an industrial area.  There’s even a picnic pavilion. 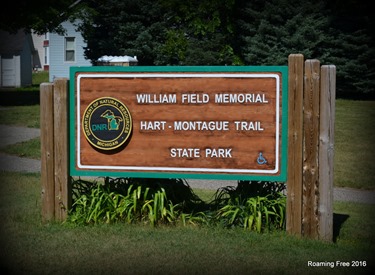 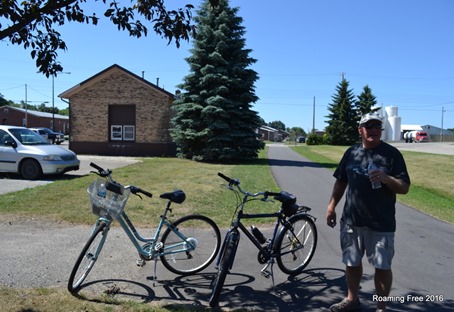 A couple of miles after Shelby (total of 8-1/2 miles from where we parked in Mears) we reached our destination for the day, Country Dairy. 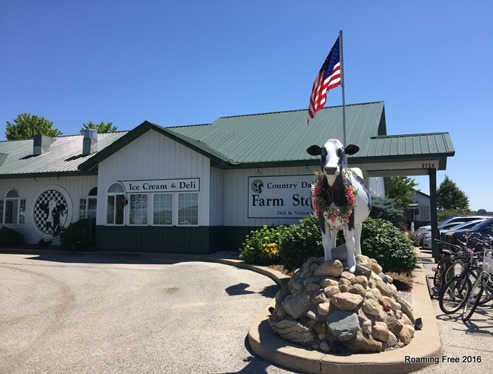 It’s so convenient that the bike trail passes right past their driveway!  We obviously aren’t the only ones who think so! 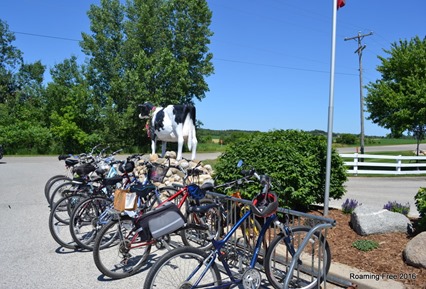 It was close to lunchtime, so we decided to split a personal pizza (they have excellent pizza; sandwiches, too), and each get a bottomless cup of milk. 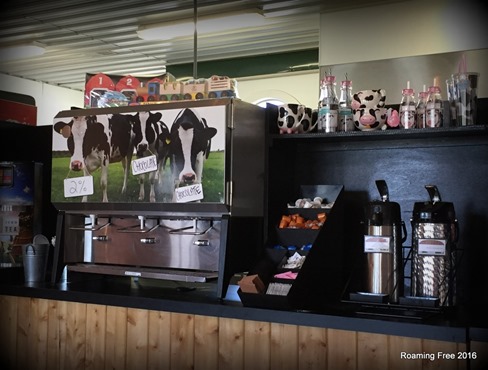 We thought splitting the little pizza would leave room for an ice cream cone, but we filled up on milk!  Oh well, we’ll have to come back again for ice cream!

You can take a tour of the farm and dairy operation, but we never have. 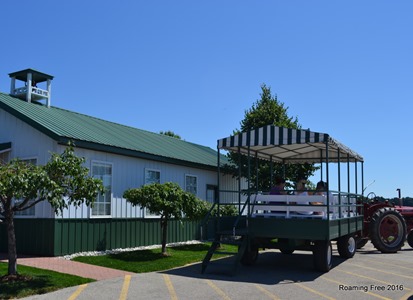 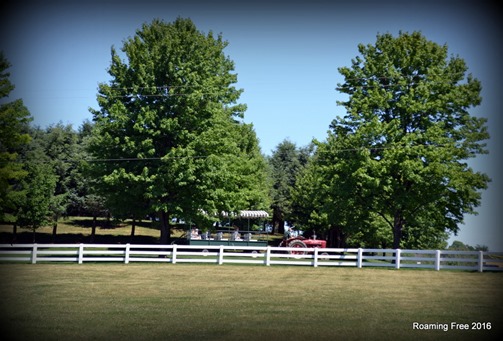 It’s a very pretty farm, with quite a long history. 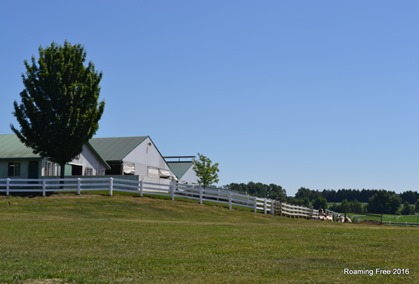 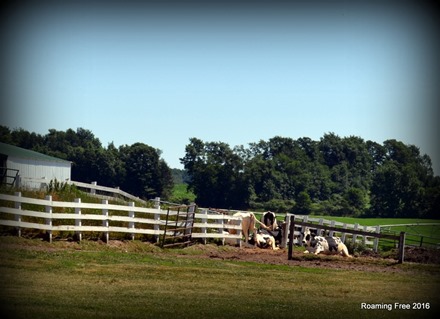 After walking around for a bit, it was time to get back on the bikes and ride the 8-1/2 miles back to Mears. 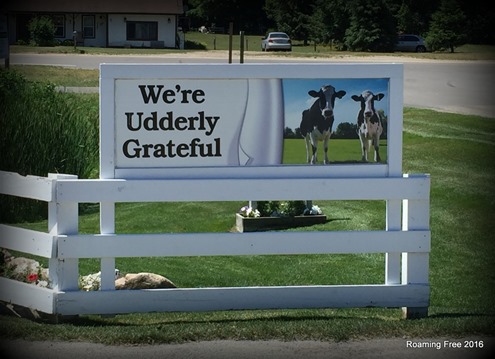 It was warming up into the 80s, but still a beautiful day with just a light breeze, so a pleasant ride back. 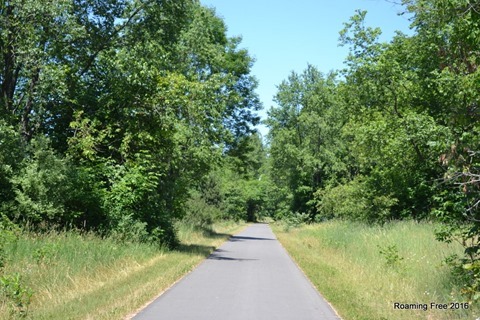 We did take advantage of a couple of the rest stops on the way back, though . . . 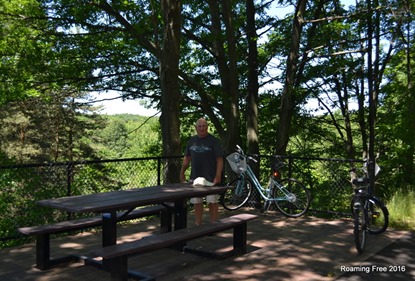 It was a really nice day, and didn’t even feel like we rode 17 miles!  Although Tom did crash in his recliner when we got home . . .

I went to the pool to relax and read, and Tom joined me after a little while to enjoy the rest of the afternoon.  A nice start to the weekend!