Saturday was warm, but cloudy and kindof gloomy, so we decided it would be a good day to go for a drive.  After a stop at the Tanger Outlet Center, where Tom finally found a replacement for his old, bursting-at-the-seams walking shoes, we found a local pizzeria for “linner” (i.e. late lunch-early dinner).  The pizza tasted great, was inexpensive, and despite the claim of the older Italian gentleman who owned the place, we knew there was no way it was sent over from the local Pizza Hut!  He was quite the character! 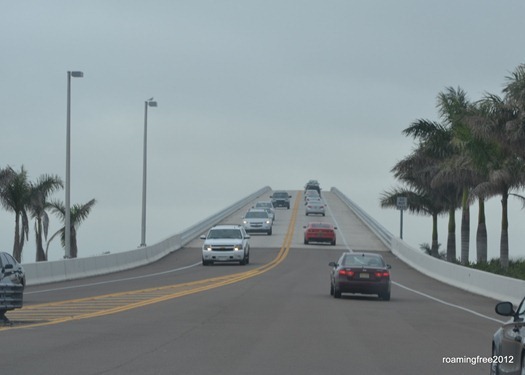 With our tummies full, we paid the $6 toll and crossed the causeway to Sanibel and Captiva Islands. 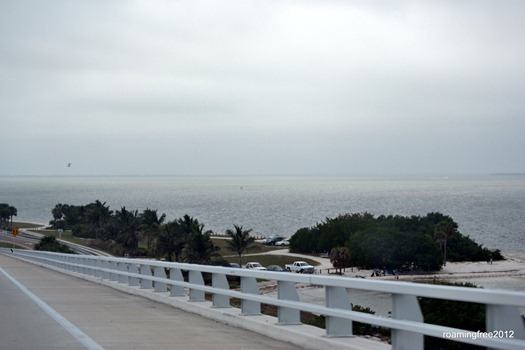 There are several nice parks along the sides of the causeway, and we saw lots of people out fishing from the shore.  When we reached Periwinkle, we took a left to go see the Fishing Pier and Lighthouse first. 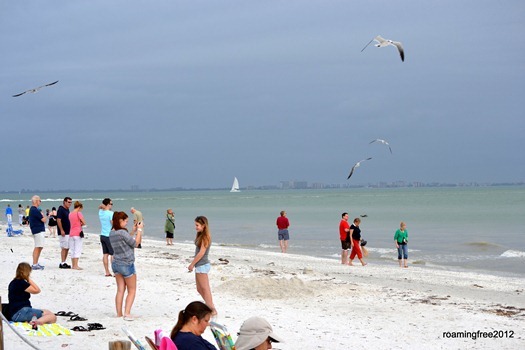 Lots of people apparently had the same idea, and parking spaces were not easy to come by.  Since roadside parking is not allowed, we waited a few minutes for somebody to leave, and then were able to park. 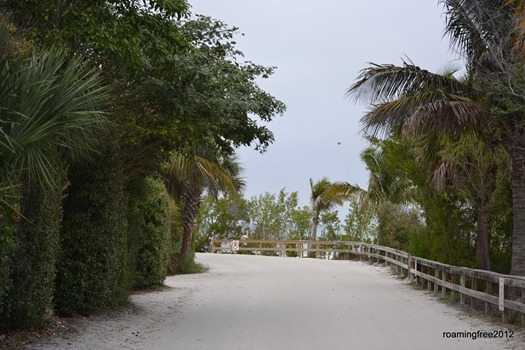 The road to the fishing pier was nicely landscaped and took us past the Sanibel Lighthouse. 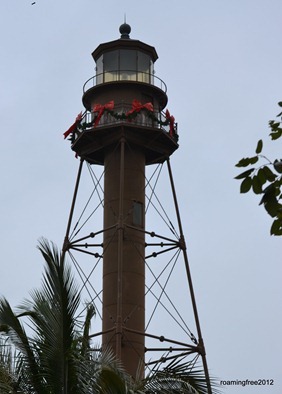 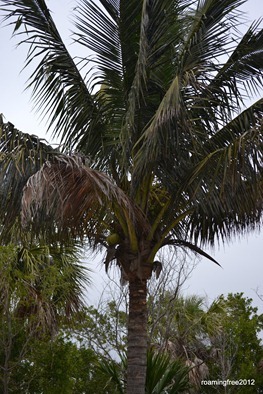 When we got to the beach, we could see several pairs of dolphins swimming back and forth, just offshore.  They never stayed above the water for long, so were difficult to get pictures of.  Several times, though, one would get particularly playful and would swim in quick circles really close to shore – within about 10 feet!  They were really fun to watch!

There were also several pelicans flying around and diving for fish! 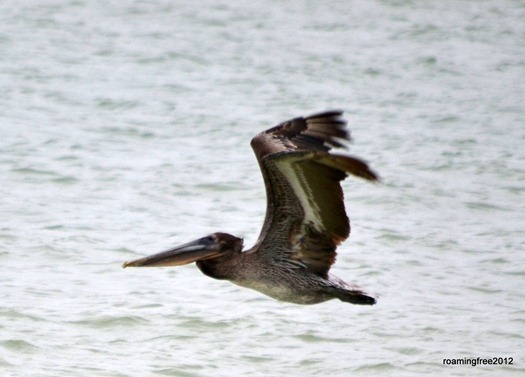 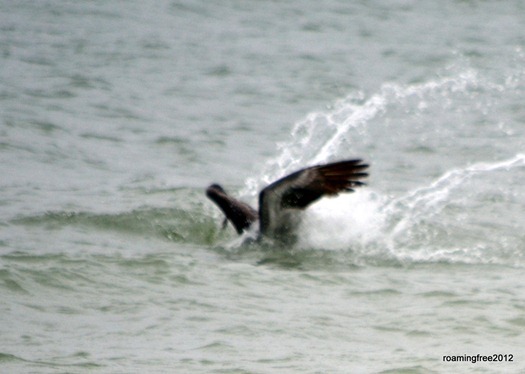 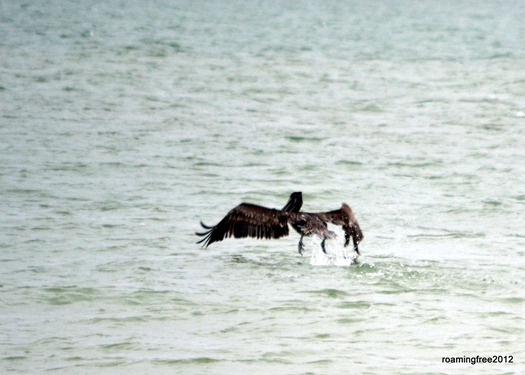 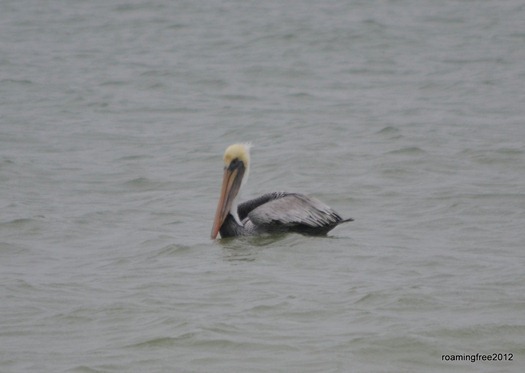 With all the people fishing on the pier, the birds must have figured this is a really good spot to snag the fish that get thrown back!  This osprey was on the hunt, also! 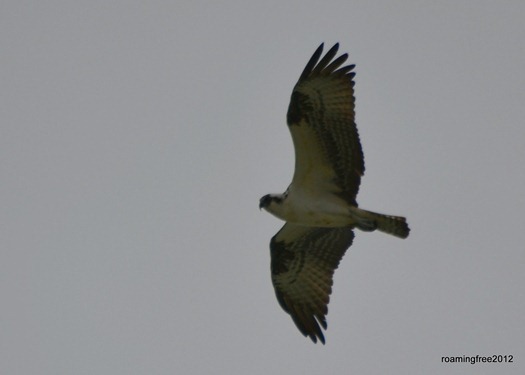 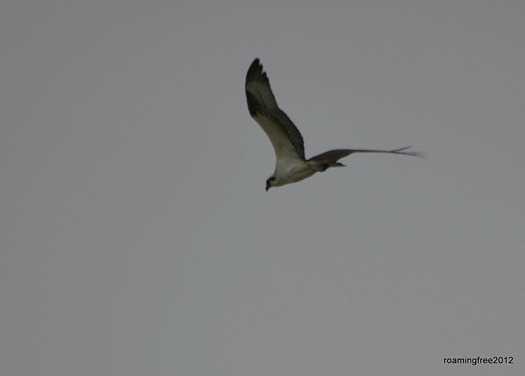 Then there were several of these little guys, picking up the scraps on the beach. 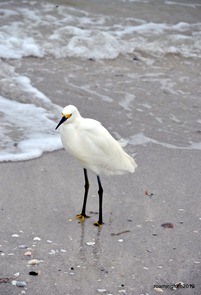 We hadn’t thought we were going to need the full one hour minimum required by the parking meter, but we used up almost that entire time just watching the antics of the dolphins and pelicans!

From the beach, we drove back north, following Periwinkle up to Sanibel-Captiva Rd., along the entire length of the islands.  We saw neighborhoods, and shopping, lots of restaurants, and a few churches . . . even a school . . . everything they need to be a self-sufficient community, I guess!  When we crossed onto Captiva Island, the appearance of the real estate began to change . . . 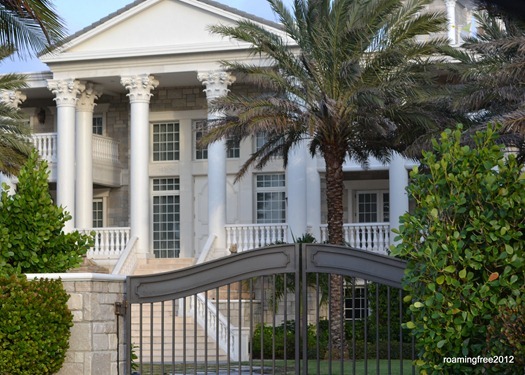 and homes like this became the norm!  At the very tip of the island, we made a quick stop to take a look at the wide-open Gulf of Mexico, as the sun was starting to sink. 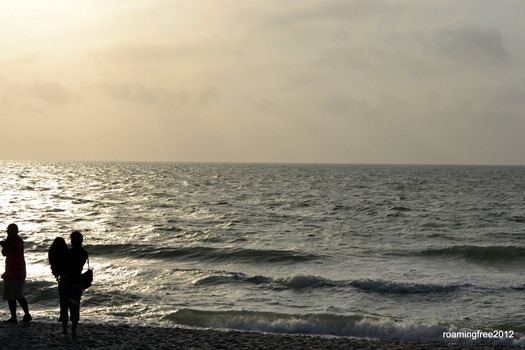 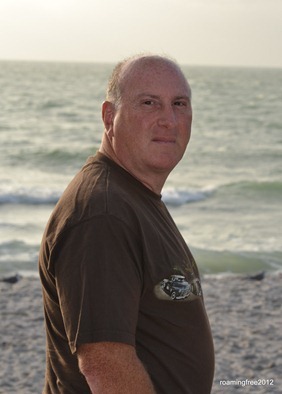 It was cold and windy out there, so we hurried back to the warmth of the car!

There’s only one way on and off the island, so from this point we retraced our steps back to the causeway, stopping at 7-Eleven for slurpies on the way out.

Driving back across the causeway, we saw some guys para-surfing in the gulf.  We found a spot to pull off to the side so we could watch them for a bit. 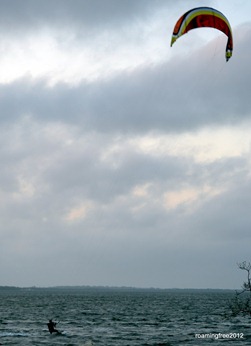 With the strong winds, they were really moving!  It looked like they were just wrapping up as we got there, and several of the guys were already packing up their gear, but we were able to see a couple of them zip back and forth a few times! 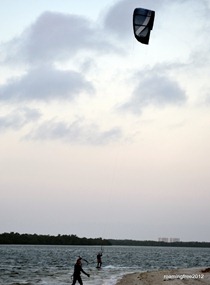 They were really fun to watch, but we were cold and ready to head back to the RV! 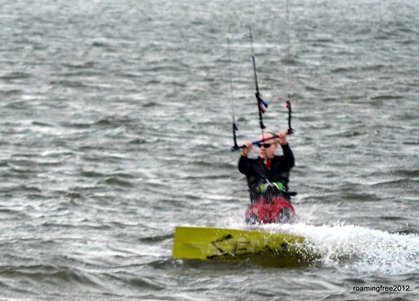 In the distance, we could see Fort Myers Beach . . . and home! 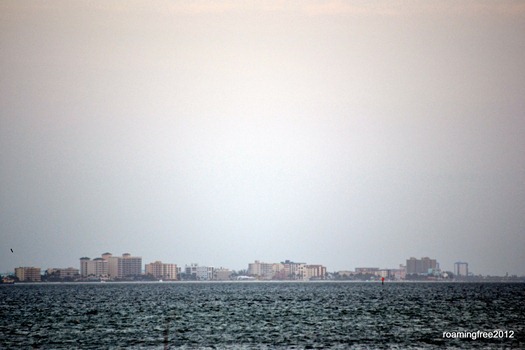