The day started out with the daily walk at 8am.  I had work to do in the morning and Tom still wasn’t feeling too great, so we missed the walk.  We joined the group just before the 9am Panel Discussion on email and passwords, where we had a great breakfast of ham & cheese croissants (YUM!) and then learned about email and passwords. 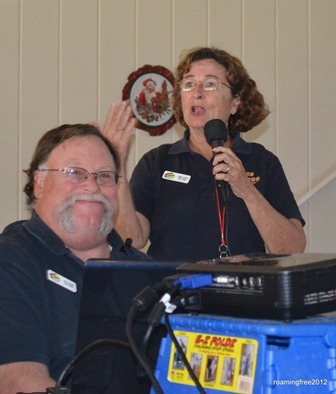 Phil told us about a secure password service (lastpass.com) that sounds really intriguing.  I’m breaking all kinds of password rules, so I’ll probably take a look at this!

Next on the agenda was the 2-hour hands-on digital photography discussion with Phil.  This was a fun and informative session, and Phil introduced our “project” for the week.  I’ve already gotten a good start on it! 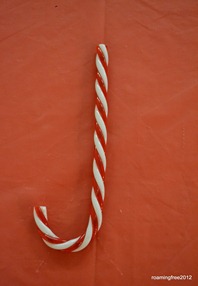 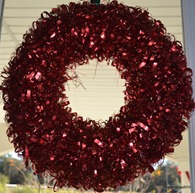 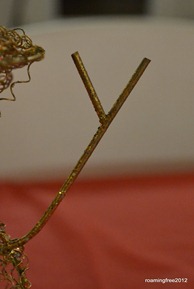 I could get addicted to this project!  Bryce is having fun with it, too.  As we walk around the campground, he’s on the lookout for letters for me!

After lunch, Tom and I sat through the smart phone introduction, but are still pretty much overwhelmed by all the info . . . it will take all week for us to get comfortable, if we even are by then!

The next 2 sessions were with Phil, discussing RV electrical safety and tire safety.  I needed to get my potluck contributions put together, 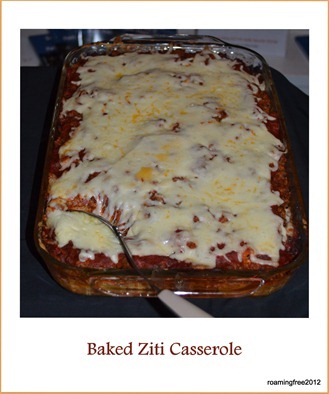 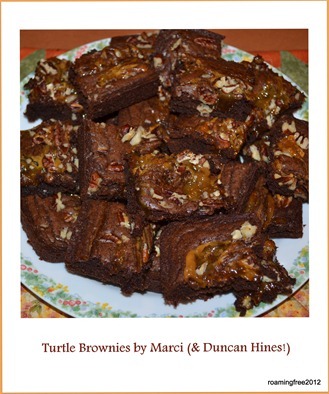 so Nicolas kept Tom company during those 2 seminars – I think they learned quite a bit!

At 4pm, I went over for the Picasa overview while Tom and the boys went to the pool.  I’ve been using Picasa for about 4 years (since I first learned about it from the Geeks at the 2008 RV-Dreams Rally!), but I haven’t really kept up with changes that have been made to the program and I’m not really using many of the features that are available!  By the end of the week I will be, though!!  (The food pics above were edited with the tools I learned about today!)

Dinner on Day 1 was the potluck, so we all gathered in the Recreation Building at 6:30 for a smorgasbord of delicious food . . . 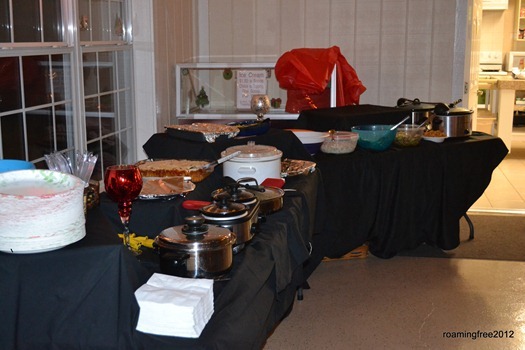 There was definitely no shortage of food . . . or fun . . . as everyone ate until they were stuffed, and made many new friends! 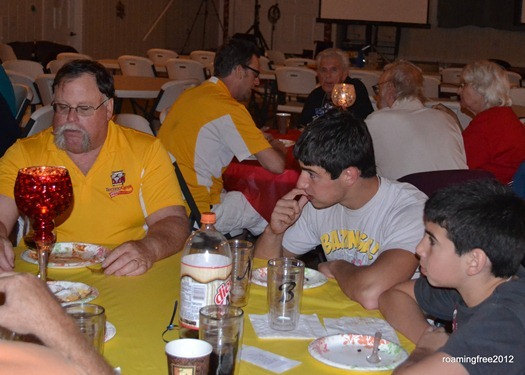 Jim described his experience collaborating with Google on a project, and it definitely sounded like a place that would appeal to young workers!

When the dinner crowd broke up, Nicolas went back to the RV to work out, and Tom, Bryce and I played a few games of pool. 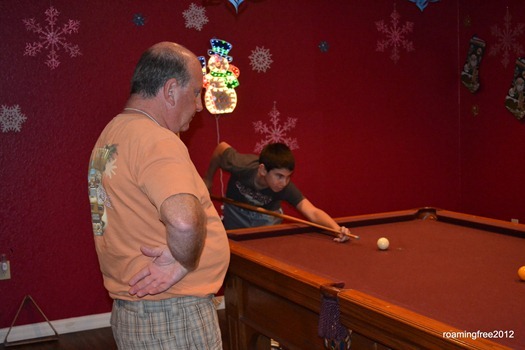 Bryce hasn’t lost his touch, and he beat both of us!

We’re really glad we decided to attend this Rally – there’s a great group of people here, and Jim & Chris and Phil & Tracey are the best!  They are full of valuable information, and lots of fun, too!  If any of you RVers are considering a Rally in the future, I would highly recommend this one!

Stay tuned to see what we do the rest of the week!