Tom, Nicolas and Casey joined the dog walkers Tuesday morning, and then headed over to the Recreation Building for breakfast.  I stayed back at the RV working until it was time for the panel discussion on “Cloud” computing, followed by the Picasa hands-on photo-editing session.  I’ve tried some editing in the past (OK, mostly just cropping), but Chris showed us how to do so much more!  I normally just delete those pictures that don’t look “good enough”, but with just a few clicks, I could make them into worthy photos.  Amazing stuff!!

The afternoon sessions were all about file management, and I think I’ve got a pretty good system there, so I took the afternoon off from seminars.  Tom and the boys headed over to the pool after lunch, and I joined them after getting some work done. 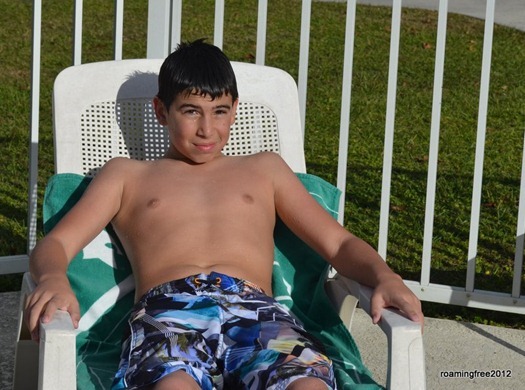 The weather this week has been great (daytime highs around 80, and nights in the low 60s), but the pool heater isn’t working, so the water is kindof cold!  It was tolerable, though, and even I got in for awhile – as long as the pool was in the sun (until about 3pm), we didn’t freeze. 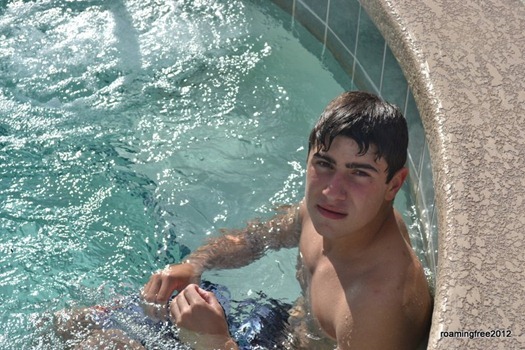 Tom didn’t get in the water, but he did find somebody to pass the time with while we swam! 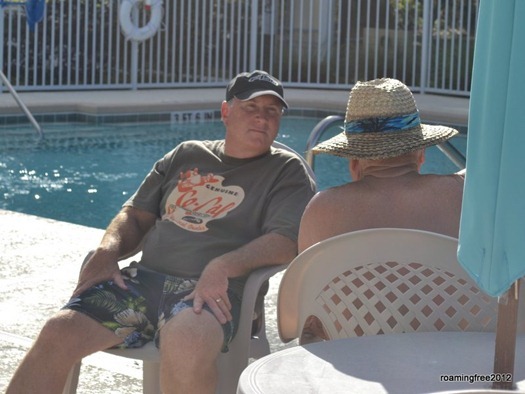 Later in the afternoon, some of the guys gathered on the porch to discuss internet options on the road. 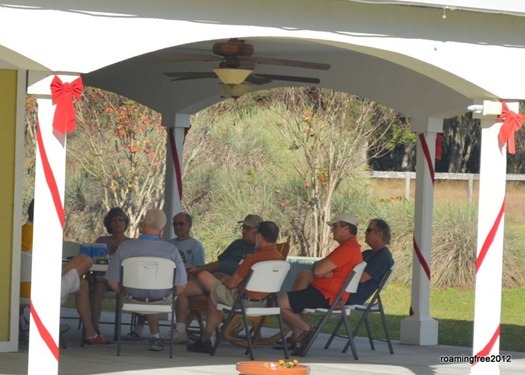 Tom and I went over to listen in, and I took my work computer along so I could get some work done while we were sitting there.  Wi-fi is great . . . my “office” can be anywhere as long as I can pick up a good signal!

Everybody was on their own for dinner, so we went back to the RV to grill some steaks.  After dinner, I loaded up the laundry and went over to the campground laundromat to get that chore taken care of.  They have 9 washers and 9 dryers, and the laundromat is spotless!

While waiting for the laundry, Tom and I joined Phil & Tracey on the screenporch, along with a few others.  The conversation covered a whole range of topics -- from RV-ing, homeschooling, corporate life, the economy . . . and kept us occupied well into the evening!  Finally, the laundry was done, and since I still had to put together my breakfast potluck item, we skedaddled back to the RV! 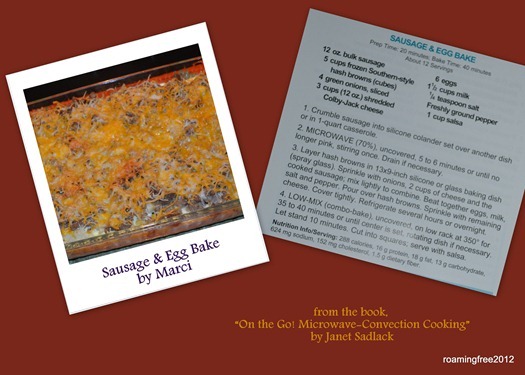 Luckily, it didn’t take too long, and I still managed to get to bed before midnight!

I got up bright and early to get my breakfast into the oven, and worked while it was cooking.  As I was sitting at the table, there was a knock on the door.  Surprised, Tom opened it to a guy who said he backed into our truck overnight!  Tom went outside, expecting the worst, but there was only a small indentation in the center of the bumper – very small.  Tom actually didn’t even see it – Nicolas pointed it out to him later!

The potluck breakfast offered lots of delicious food – although too many egg casseroles according to Bryce, who was disappointed that there wasn’t a single cinnamon roll! 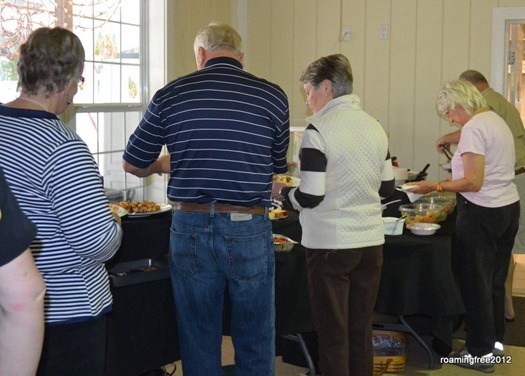 The adults enjoyed the food, though, and the boys didn’t exactly go away hungry! 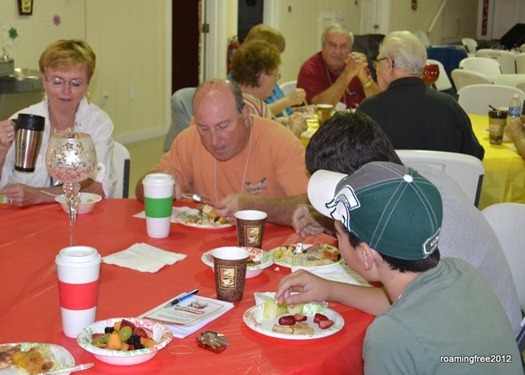 Today’s seminars included more discussion around passwords, and smart phones, as well as the new topics of Blogger, Photo Story 3 (for making slideshows), sharing photos through Picasa Web Albums and Facebook, and a new RV-focused GPS by Rand McNally.

It was a full day for us, and it didn’t end there!  We gathered back in the Recreation building for a wonderful dinner of pasta with cream sauce, salad, and garlic bread . . . followed by Phil’s “Sticky Toffee Pudding” that was sinfully good!

After dinner, lost of the crowd stayed to play the Geeky version of Jeopardy, with Jim filling in for Alex Trabeck. 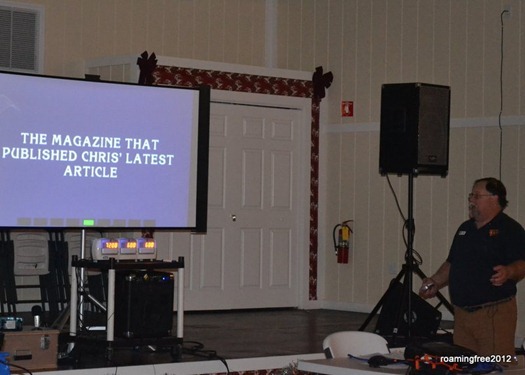 Once again, the teenagers were in high demand for their fast reflexes, and Nicolas was recruited to be the button-pusher for Team 1. 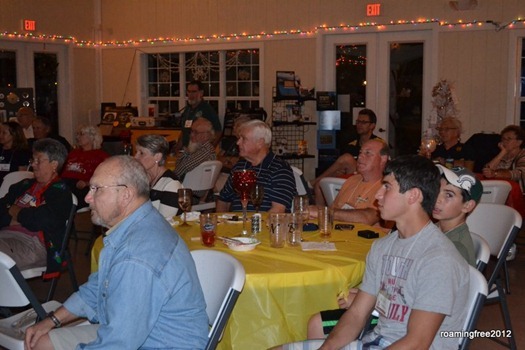 It was an intense and highly competitive game, with our team off to a huge lead.

Team 3 didn’t give up, though, and they gave us quite a battle!  It really all came down to who could push their button fastest, and Nicolas had the advantage!

The game was fun and entertaining, and we may have even learned a few tidbits of information!  A great way to end Day 3!